A Mind of Her Own

Alix Generous isn’t a fan of small talk. She doesn’t have the patience to dillydally on the periphery of conversation. She wants real information – something she can sink her teeth into, something she can really learn from. She’s incessantly craving ingenuity and insight – and she demands her discussions deliver.

Yeah, talking to a genius can be a little intimidating. But, if her peers can’t always keep up, the sophomore finally found her match in the 14,000 United Nations delegates from 193 countries at last October’s U.N. Conference on Biological Diversity in Hyderabad, India.

“I had several rewarding encounters with a host of delegates during the five days I was there,” says Generous, who was the only undergraduate invited to present research at the conference. “I love understanding how people work, so it was interesting for me to learn how the U.N. delegates’ minds work in terms of negotiating their own interests against the interests of others.”

It was her own interest in pharmacology and neuroscience that sparked the idea behind her paper last summer when she and 11 other students were in Bali, Indonesia, for a three-week coral reef–research expedition led by biology professor Phil Dustan. It was during her downtime, which she often spent perusing pharmacology and neuroscience journals, that she learned about quorum sensing – a process by which cells communicate with each other – and started thinking that, by recreating that process, damage to coral reefs could be prevented. It was a thought. A pretty good one, she concluded. 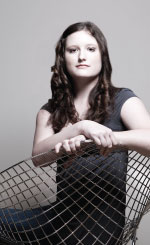 “If we go back to science and listen to it, really pay attention, the answers are all there,” she says. “It all makes sense.”

So, when her brother emailed her about a contest for biological diversity research in July, she jumped on it. One week later she submitted her paper, “Environmental Threats on the Symbiotic Relationship of Coral Reefs and Quorum Sensing,” to the SustainUS 2012 Citizen Science paper competition. It was a week well spent. Sure, other students spent it reveling in the dizzying idleness that comes with the freedoms of summer – but Generous was learning. She couldn’t be happier.

Well, at least not until the next time she opted out of her friends’ celebrations. It was later that summer and she was visiting friends in Greensboro, N.C. When they left their house for a party, Generous stayed behind – simply not in the mood for crowds. That’s when she received the email: Her paper had won first place for undergraduate research in the Citizen Science paper competition. Not only was she invited to the U.N. conference, but her paper would be published in Columbia University’s Consilience: The Journal of Sustainable Development.

It was her turn to celebrate. She may have been alone in her friends’ Greensboro home, but that didn’t keep her from doing a little dance.

“To me, it proves that you don’t need some kind of expert help or something. You can do what you want to do all on your own. It taught me that it doesn’t matter what age you are, you can still make an impact in the world,” says the Potomac, Md., native, whose father was wary when she called him with the news. She laughs, “He thought it was a scam!”

It is quite incredible: Sophomore student reads some pharmacology and neuroscience journals for fun and thinks to apply a relatively new process to the coral reefs she sees while snorkeling in Bali; then, just for something to do, writes a paper in a week’s time and doesn’t even consult a mentor or professor before submitting it to a nationwide competition. She wins, is on her way to present her findings to the U.N. two months later and is suddenly reshaping how the scientific community thinks of protecting coral reefs.

And this isn’t even her area of interest.

“Actually, I’ve been interested in neuropsychopharmacology ever since middle school, and my passion is helping people, particularly people who have mental illness,” says Generous, a molecular biology major who hopes to triple major in psychology and neuroscience, as well. “I am particularly fascinated by bipolar disorder and its neurological foundations. There are a lot of people in my life that have bipolar disorder. They are the smartest people I know, and I think the stigma that they live with is unfair. It’s my passion to alleviate that stigma and help cure the problem, too.”

Generous herself knows about the stigmas of living with a psychological condition: She was diagnosed with Asperger’s syndrome as a child, though she doesn’t have the lack of empathy that many equate with the condition. Quite the opposite, actually.

“I can read people too well and pick up on things that most people don’t see. This sense of empathy has deepened my understanding of the kind of pain and turmoil that people with mental illness feel and how their cognitive processes work,” says Generous, who looks at Asperger’s as a gift. “I plan to utilize this strength and intelligence to help find a way to alleviate the kind of suffering that mentally ill people go through and find ways to help them contribute good things to this world.”

After college, she plans to pursue an M.D./Ph.D. dual program in neuro-psychopharmacology with the goal of establishing a molecular foundation for treating bipolar disorder. In the meantime, she’s arranging a TEDx event at the College about rethinking mental diversity, and she’s also writing an eco-collective grant to help educate college students about environmental issues.

Somehow she finds time to take on these pet projects while working in the neuroscience department at the Medical University of South Carolina, where she has been studying the perception of neuropathic pain for over a year, and while hosting her own show, “Brains and Fluff: Making Science Sexy,” on the College’s radio station.

“I think the radio show really created something of value for the student body,” says Generous, explaining that the show focuses on neuroscience and features interviews with scientists – a process that she enjoys in and of itself. “I love that, when you’re interviewing, you get down to business.”

Indeed, Generous likes to get down to business – and she’s done so at the College: jumping immediately into a variety of activities, including working for the Robert Ivey Ballet and writing a blog about science for the online student newspaper.

“I have been able to build a really colorful and loving life here,” she says. “I’ve made many wonderful friends and mentors, and have found a lot of intellectual inspiration through my professors and through my own pursuit of knowledge.”

And the College is no less inspired by Generous, her unmatched intelligence, incredible initiative and extraordinary resourcefulness – not to mention compassion, drive and determination.

“Everyone has something to share. It’s all about learning what that something is,” says Generous. “You just have to listen to what people have to say.”

Unless, of course, they’re just talking about the weather.