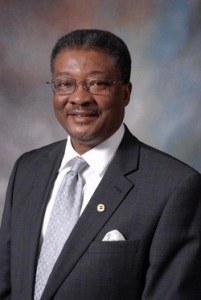 Over 350 students are expected to receive their degrees during the ceremony.

McLawhorn has been the president and chief executive officer of the Columbia Urban League since 1979. He is recognized nationally as a leader in race and community relations and has appeared in hundreds of articles, news, and public affairs programs addressing topics such as race and social policy.

Under his visionary leadership, the Columbia Urban League has partnered with various organizations and entities to promote social justice, civil rights, and equal opportunities. In addition to partnering with the Fifth Circuit Solicitor’s Office and churches, he has supported and worked with the Drug Court to generate awareness about the program and encourage collaboration.

McGill attended both The Citadel and Francis Marion University. He is currently a Residential Homebuilder and Real Estate Broker.

The 2014 College of Charleston Winter Commencement Ceremony will be held in TD arena starting at 2 p.m.