A unique scholarship program at the College of Charleston is helping a group of high-achieving young women develop leadership skills and to advocate for important community causes and social issues.

Established in 1990 by businesswoman, community leader and philanthropist Linda Ketner, the Ketner Emerging Leaders Scholarships provide financial assistance to students interested in women’s and gender studies as well as social justice, public service and civil leadership. Recipients are required to devote at least 34 hours per semester to activism.

RELATED: Read how the College’s BOUNDLESS campaign is changing lives through philanthropy. 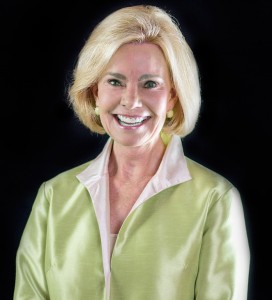 Ketner hopes to inspire students to become agents of change through public service and community engagement, just as she has done throughout her career. Ketner, president of KSI Corporation and a Democratic candidate for Congress in 2008, has served as board president of the Coastal Community Foundation and One-Eighty Place (formerly Crisis Ministries). In addition to serving as founder and chair of the Mayor’s Council on Homelessness and Affordable Housing and the S.C. Housing Trust Fund, she is a co-founder of S.C. Citizens for Housing and founder and past president of the Alliance for Full Acceptance and the S.C. Equality Coalition. Ketner is a former member of the the College’s women’s and gender studies program advisory board and currently serves on the President’s Community Advisory Board.

“I hope the Ketner Scholars will not simply volunteer but be change agents,” Ketner says. “Good ideas really are ‘a dime a dozen.’ Much more rare and of value are individuals who take action to implement good ideas. My hope is that the scholarships reward and encourage students who think deeply, think long-term, think inclusively and then take action on behalf of a better community, state and world.”

This year’s 12 scholarship recipients are a diverse group of accomplished and ambitious young women representing a range of schools and leadership programs at the College. Among the Ketner Scholars for 2014-15 are:

Georgia Maynard is a graduating senior in the women’s and gender studies program. With a British mother and an American diplomat for a father, Maynard was born a dual citizen in England, where she spent the first eight years of her life. She has worked for the Charleston Sports Network and has volunteered with a local retirement community as well as the Feline Freedom Coalition and in the Butterfly House at Cypress Gardens.

Anjali Naik is a sophomore at the College majoring in computing in the arts and minoring in women’s and gender studies. On campus, she is currently an active member of the Bonner Leader Program, the College’s Vagina Monologues, the Office of Institutional Diversity, and Chuck de Raas, an Indian cultural folk-dance team that she helped found as a College club in 2013. Anjali also co-hosts a College radio show, Dark Slip, on CisternYard Radio.

Carley Stanley, a psychology major and women’s and gender stud­ies minor, is from Conway, S.C., where she grew up on her family’s farm. She is driven by a desire to help others and is passionate about volunteering. In addition to her work with malnourished and underprivileged children in Haiti, Stanley has served as an advocate for victims of sexual assault through her volunteer work with People Against Rape.

Melissa Jacobs is a senior ma­joring in women’s and gender studies. She serves as a Diversity Advocate in the College’s Office of Institutional Diversity. She also maintains a Facebook page called Guerrilla Feminism South Carolina, a local branch of the intersectional feminist network Guerrilla Feminism.

Shayna Bannister is a senior who recently studied abroad in Estonia and traveled around Europe for six months. As a double major in women’s and gender studies and sociology with a minor in criminology, Bannister is interested in tackling issues related to women’s reproductive health, inequalities in our institutions, addiction, and other systems of oppression.

Click here to see photos and learn more about all of this year’s Ketner Scholars.