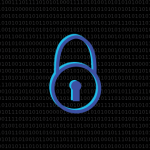 software company BoomTown), the College of Charleston’s Department of Computer Science continues to graduate high-caliber computer science alumni to meet the field’s growing demands. One emerging area of the local industry is cybersecurity, a field for which the College’s master’s students specializing in cybersecurity are particularly prepared.

The College fosters student interest in cybersecurity for undergraduate and graduate students alike. The University of Charleston, South Carolina announced its cybersecurity specialization for students earning a master’s in computer and information sciences after President Barack Obama issued a 2013 executive order that the nation make improvements in cybersecurity.

ARTICLE: Obama to focus on cybersecurity in 2015 State of the Union address.

“Cybersecurity should be a growing concern for every individual, company, and government agency,” Renee McCauley, computer science professor, said when the specialization was first announced.

At the College, McCauley’s statement resonates beyond the M.S. program. For undergraduate students, there is the Cybersecurity Club, which meets two to four times a week to “develop our skills, knowledge and understanding of all aspects of security to include mobile security… web security… desktop and laptop security… various flavors of operating systems and various flavors of languages.”

Although the club has yet to hold it’s first official meeting, which will take place January 20, 2015, students Leo Pate and Matt Piazza, club president and vice president respectively, are starting the club with a bang. On January 15, 2015, the Rural Technology Fund (RTF) and the Charleston chapter of the Information Systems Security Association (ISSA) will formally present a $2,000 donation to the club.

Chris Sanders, vice president of Charleston ISSA and director of RTF, said the organizations chose to donate to the Cybersecurity Club because each organization has enjoyed working with the College’s computer science students in the past.

Cybersecurity Club members will use the RTF and ISSA donation to participate in ShmooCon 2015, a Washington, D.C.-based convention dedicated to “demonstrating technology exploitation, inventive software and hardware solutions, and open discussions of critical InfoSec issues.”

Ultimately Pate, whose interest in cybersecurity was piqued when he served in the U.S. Army, hopes the club will help train students for high-stakes cyber defense down the line. “We are students that are trying to learn how hackers are doing what they’re doing and how can we prevent it. That is the importance of this club… we are honing skills that allows us to defend the networks (or attack malicious networks) that we may control one day, in either government or industry domains,” he said.

“Cybersecurity is a very serious topic, and all levels of government have taken notice of it,” Pate added. He believes that getting students interested in cybersecurity is a reliable way to ensure professionals are prepared to take on the challenges posed through cyber threats and cybersecurity breaches. “We hope this $2000 donation was the first of many!”