Godfrey Gibbison Can Conquer It All

Godfrey Gibbison spent his childhood farming in the rural mountains of Jamaica, selling vegetables and walking six miles to and from school. So, for him, climbing toward a distant goal is as natural as breathing.

And that’s exactly what he’s been doing at the College ever since 2012, when he became dean of the North Campus – working tirelessly to revamp the North Charleston campus, erect its new building and establish a home for the new School of Professional Studies. 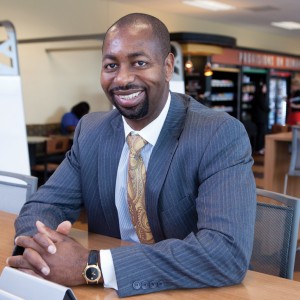 It was quite an ambitious undertaking, but Gibbison – now the founding dean of the School of Professional Studies – saw it as a mountain that needed to be climbed.

Growing up as the youngest of seven children in the thin air of Jamaica’s high-altitude ranges, Gibbison started working on his family’s small farm parcels the moment he could walk and scatter a few crop seeds into a trench. The cabbage, corn, yams, peas, cassava and other staples that the land’s red soil produced were the family’s primary source of income. Between the planting, weeding, fertilizing and harvesting, the farm required constant attention, and Gibbison was often kept home from school to toil in the fields.

“There was nobody in my family or my village who was not used to doing back-breaking work,” he says, recalling the rudimentary hoes and machetes they used to work the land and the regular treks he’d make to fetch water from a reservoir two miles away – returning with full buckets balanced on his head.

While farm life was difficult, it was Gibbison’s ticket to a better life. He was able to pay tuition at a semi-private high school by selling produce from the farm at a Saturday market eight miles away. And that was a feat in and of itself.

“You might come home that day having lost money,” says Gibbison, who had to either hitch a ride into town on the back of a newspaper delivery truck or secure his burlap sacks full of vegetables on the roof of a rickety public bus and pay for the ride. 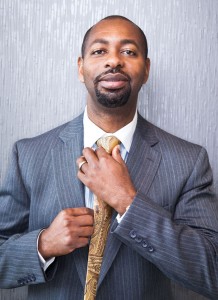 It all paid off, and he got a good high school education. It was the foundation he needed to first get his bachelor’s degree in economics from the University of the West Indies and then his master’s and doctoral degrees in the United States. He went on to teach economics first at Centre College in Kentucky, then at his alma mater back in Jamaica and then at Georgia Southern University before landing at the College.

Charleston might be his home now, but part of Gibbison is forever defined by his modest upbringing in the mountains of Jamaica – threads in his character and personality will always tie him back to that life: He is a green thumb who can resurrect a dead leaf. He enjoys exercise and running, never forgetting all those miles he logged as a boy. He is a bargain shopper who – taught to barter and haggle in the produce market as a kid – refuses to pay full price for anything.

And then there’s his tenacity and determination.

“I have never accepted the word can’t,” says Gibbison.

Indeed, where some may see an uphill battle, he always sees an opportunity to climb.

This article originally appeared in the spring 2015 issue of the College of Charleston employee newsletter, Portico.