By Editor|2020-01-14T11:27:00-05:00July 30, 2015|Academics|Comments Off on Marine Sciences Research Draws Students to Charleston
Each summer, college science students from around the country travel to the College of Charleston to participate in a one-of-a-kind marine science research program. Students in the Fort Johnson Summer Undergraduate Research Program enjoy the use of top-notch marine science facilities located directly on the water. These undergraduate researchers have access to marine science laboratories, the Fort Johnson Marine Resources Library, animal holding facilities, and research vessels located at the College’s Grice Marine Lab and its partner institutions at Fort Johnson. Fort Johnson is located just across Charleston Harbor, on James Island, South Carolina, eight miles from the College’s downtown campus. 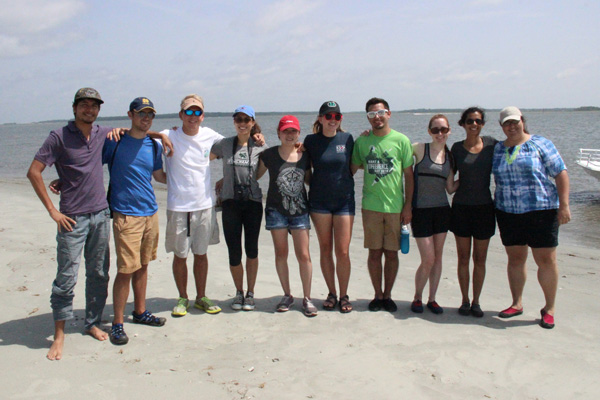 Before arriving to Fort Johnson for the summer, students coordinate with a faculty mentor to choose their research focus. Listed below is a sample of three of the ten research projects being conducted in the summer of 2015, with all projects focusing on the program theme of “Marine Organism Health: Resilience and Response to Environmental Change.” (For a full listing of these research projects, visit the summer research program’s blog). Sierra Duca of Goucher College is studying parasite-induced muscle softness in spotted sea trout. To catch live samples of spotted sea trout, Duca joined local South Carolina wildlife officials as they headed out on the water. Then, with fish in hand, she began the scientific work under the mentorship of College biology professor Eric McElroy. As Duca explains: Once I have the fish I fillet, refrigerate, and take muscle biopsies at time points between 0-6 days, which is the most likely time that the fish would be consumed. I test the firmness of these muscle biopsies, as well as the parasite density. What I am trying to accomplish is to establish whether or not there is a link between parasite density and accelerated muscle softness (which causes the meat to go bad faster in infected fish), and if the rate of muscle softening changes over the course of 6 days. Ultimately the project will help increase our understanding of the effects of Kudoa inornata on the muscle of spotted seatrout. 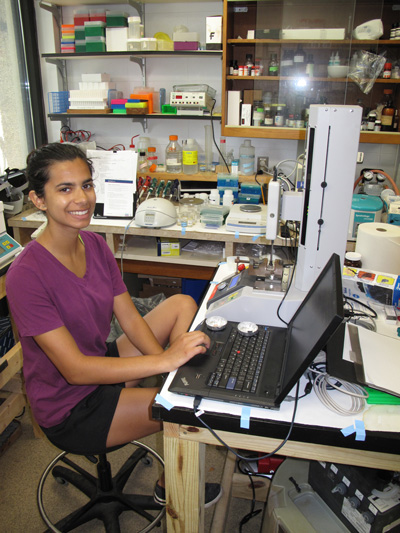 Nina Sarmiento of Binghamton University is examining the effects of chemicals in sunscreen on marine life. As Sarmiento explains: I am learning how to preform toxicity tests on sea urchin sperm and embryos which involve an exposure period with sunscreen formulations and then evaluation of effects. I hope to investigate if the chemicals from sunscreens in the water can have negative impacts on coral reproduction.  My work can potentially help create understanding of how humans are contributing to coral reef decline, and influence others to take action to protect them. 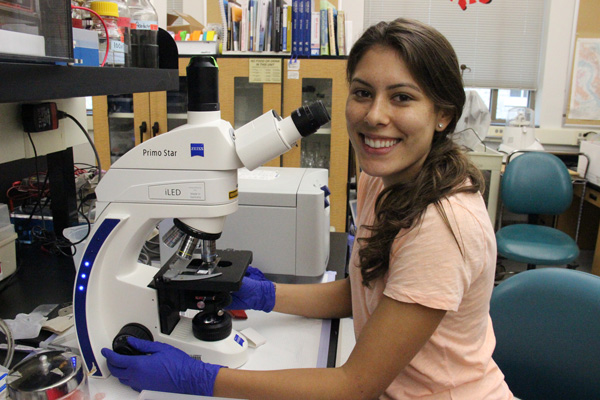 Aaron Baumgardner of the University of Akron is testing the viability of the invasive seaweed Gracilaria vermiculophylla in different salinities and temperatures. His mentor, College of Charleston professor Erik Sotka is an expert on the species and the seaweed’s relationship with the decorator worm Diapatra cuprea. As Baumgardner explains, the seaweed has easily adapted to local conditions: The only thing more pervasive than the constant thoughts of, conversations about, and stress from Gracilaria vermiculophylla in Dr. Erik Sotka’s lab is the invasion of this red alga that is occurring along the coasts of North America and Europe. After only a few short weeks in Charleston, I have seen how prevalent and successful this seaweed is. 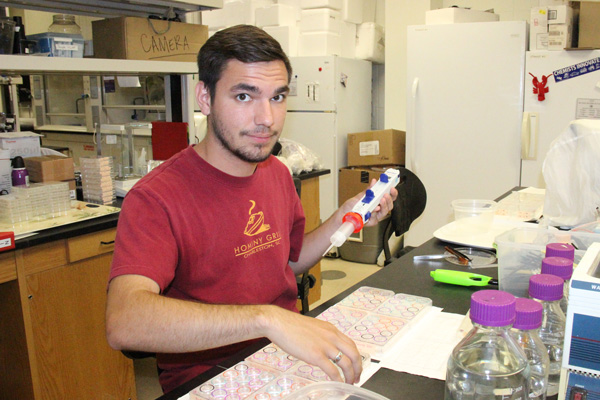 The Fort Johnson Summer Undergraduate Research Program is sponsored by the National Science Foundation and is administered by College of Charleston biology professor Bob Podolsky, who is also the director of Grice Marine Lab. Students enrolled in the program live in the dormitory at Grice Marine Lab and participate in a number of group events beyond their individual research, including skill-building workshops in professional ethics and the communication of science to professional and public audiences, as well as field trips to diverse estuarine habitats. Students will present their summer research during a colloquium from 9 a.m. to 4 p.m. on August 5, 2015, within the MRRI auditorium at Fort Johnson (the auditorium is located across from the Grice Marine Lab, in a building operated by the S.C. Department of Natural Resources). Other student researchers will be presenting as well. 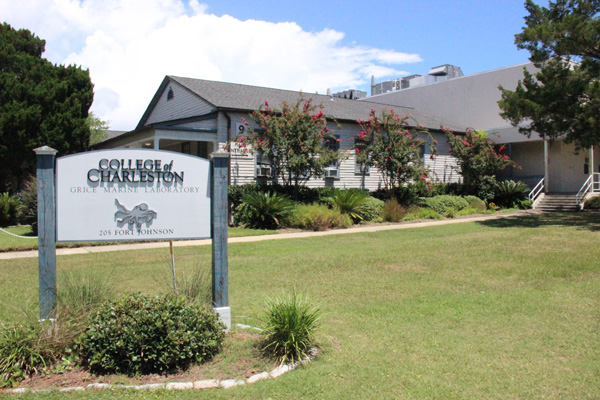