Even if you’ve never seen her perform – which is unlikely since she’s an accomplished stage and film actor – you’ve probably heard her voice. 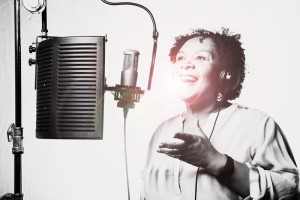 Joy Vandervort-Cobb is an associate professor in the College of Charleston’s Department of Theatre and Dance.

Joy Vandervort-Cobb, associate professor of African American theatre and performance in the College’s Department of Theatre and Dance, has been entertaining and soothing us with her honeyed voice since she first began teaching at the College in 1994. She’s announced the names of thousands of graduates at commencement ceremonies and narrated dozens of College-produced documentaries and marketing videos.

But you might also hear her far from Charleston. In fact, that’s her speaking softly in your ears on the walking tour at the U.S. Capitol Building in Washington, D.C.

“Your first 15 minutes of the tour, my dulcet tones introduce you to our government,” she says proudly, describing her acting voice as dark and smoky. “The first line made me know I wanted this gig desperately: ‘E pluribus Unum … out of many, one.’”

Watch a video of Joy Vandervort-Cobb discussing her passion for teaching and mentoring students.

She loaned her chops for a program celebrating Muhammad Ali’s 70th birthday, which aired on CBS and ESPN. (See photos of the gala.) And her vocal narration skills are featured in the College-produced, Emmy award-winning documentary, Where Do We Go From Here?, which explores the Civil Rights Movement. 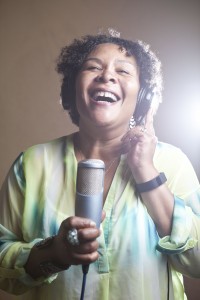 While Vandervort-Cobb has been told that stage actors often don’t make great voice actors, for her the two crafts originate from the same place. “My voice is a huge part of my acting, isn’t it? I mean, as an actor, it’s an entire package. Body, voice, brain, imagination, spirit. When I’m in the studio or working on the text I’m to voice, I do it in my actor head.”

Creating voices for different characters has always come naturally to her. When she was in the ninth grade, a teacher asked her to record herself reading several books as part of a grant project.

“It was the best,” she says. “She’d leave me in this room and give me the books, I’d push record on the biggest friggin’ tape recorder I’d ever seen, and I’d have a blast changing character voices in between the narrative that was in my natural voice.”

She’s been offered professional representation by an agent, and although that could lead to more well-paying gigs, Vandervort-Cobb says it would be hard to find time outside her College duties to take on more voice work.

Still, there are a couple of dream voice-over jobs she’d jump at: “I’d love to voice a cartoon or a national commercial that runs all the time! Know anyone who can hook me up?”

This article originally appeared in the fall 2015 issue of the College of Charleston employee newsletter, Portico.