The College of Charleston is celebrating the establishment of the new Representative Floyd Breeland Endowed Scholarship.  The College recently reached the fundraising goal of $50,000 to endow the new scholarship. 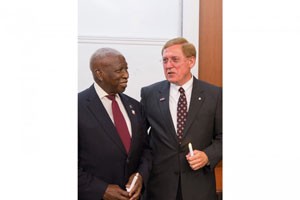 The scholarship, named for former S.C. Rep. Floyd Breeland, will be awarded annually to a minority male student in the teacher education program at the College of Charleston.  The first $2,500 scholarship will be awarded for the 2016-2017 school year.

“I am thrilled we have funded the Representative Floyd Breeland Endowed Scholarship with over 250 donors contributing” said Fran Welch, Dean of the School of Education, Health and Human Performance. “Representative Breeland currently directs the College’s Call Me MISTER program and is very beloved on our campus and in the community.  We are committed to increasing diversity in the state’s teaching force, and this newly endowed scholarship will assist us in reaching our goal.”

Breeland was elected to serve in the S.C. House of Representatives  in 1992, representing District 111, which includes parts of Charleston. As a lawmaker, he sponsored several pieces of major legislation and served on multiple committees.   He served his district honorably for 16 years prior to announcing his retirement from the S.C. General Assembly in 2008.

“Representative Breeland is a remarkable community leader and a tireless advocate for education,” said College of Charleston President Glenn F. McConnell ’69. “Scholarships are a crucial resource for students to achieve their educational and professional goals. I’ve seen firsthand the impact scholarships have on our students’ lives, and I know our students, and their families, are so thankful for Rep. Breeland investing in their futures.”

RELATED: Read more about the Call Me Mister Program in the College of Charleston Magazine. 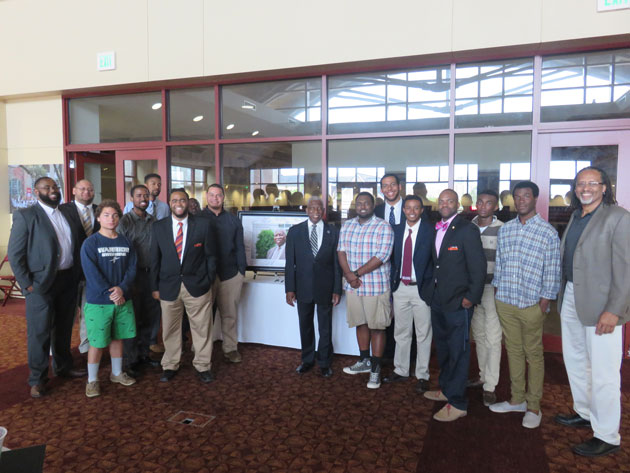 Former S.C. Rep. Floyd Breeland, center, was honored at a reception by members past and present of the College’s Call Me MISTER program.