Music recording artist and adjunct instructor of songwriting Ayala Asherov encourages her students to perfect their songs by performing them in front of other people. 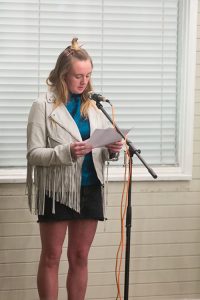 By gauging the way people respond – or don’t – to the music, songwriters can use that feedback to refine their work, says Asherov, who released her latest CD, Colors & Shapes, in 2015.

But for this year’s fourth installment of the songwriting class, Asherov took her own advice a step further and arranged for her class to perform their original songs on stage in front of a crowd at Kudu Coffee & Craft Beer on Vanderhorst Street near campus.

“It has always been a goal of mine to offer the students an opportunity and platform (literally) to perform their songs and interact with a live supportive audience,” says Asherov. “This year with the help of Eddie White and Josh Bell from Kudu cafe downtown, I was able to organize such an evening with a performance outside the classroom.”

Thirteen students and three alumni took part in the music showcase, each taking the stage before a packed house to perform an original song that they had worked on as part of the course.

“For some of the students it was the very first time they wrote and performed an original song in front of an audience,” says Asherov. “Two thumbs up for live original music!!! And a big thank you to my wonderful students who trusted me and took the leap.” 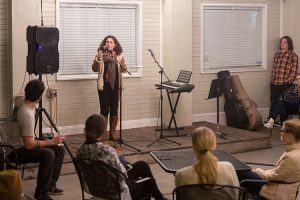 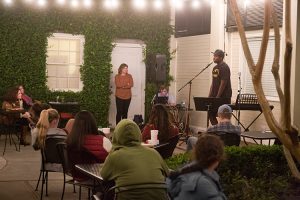 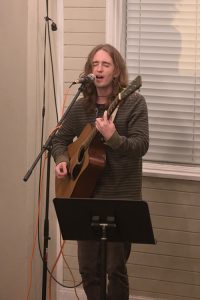 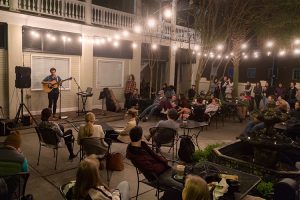 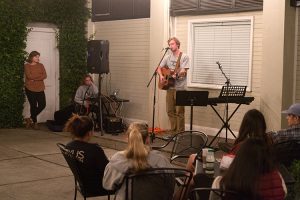 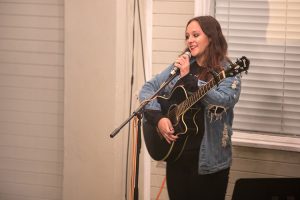 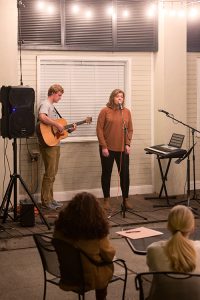