Need a break from your family after all that holiday togetherness? Gilmore Girls: A Year in the Life has plenty of binge-worthy highs, lows and self-revelation to keep you occupied for an afternoon or two.

CofC alum Matt Czuchry ’99, who reprised his role as Rory Gilmore’s one-time flame Logan Huntzberger, recently answered some questions for his alma mater about his return to the show that launched his career.

And, yes, he weighed in on what it’s like to find himself at the center of the show’s controversial cliffhanger ending that left everyone wondering if he’s the father of Rory’s baby.

Q: What was it like returning to the world of the Gilmore Girls after nearly a decade?

It’s kind of like going back to college. I love the College of Charleston so much because of that city, because of the people, because of the opportunities to learn and also because those four years were a time of youth and excitement in my life.

In a lot of ways returning to the Gilmore Girls was like going back to college or a moment of life that you remember incredibly fondly. To revisit that world after nine years was very much surreal and incredibly unique and incredibly rewarding just because it’s something I never thought would happen. It was even better this time around. 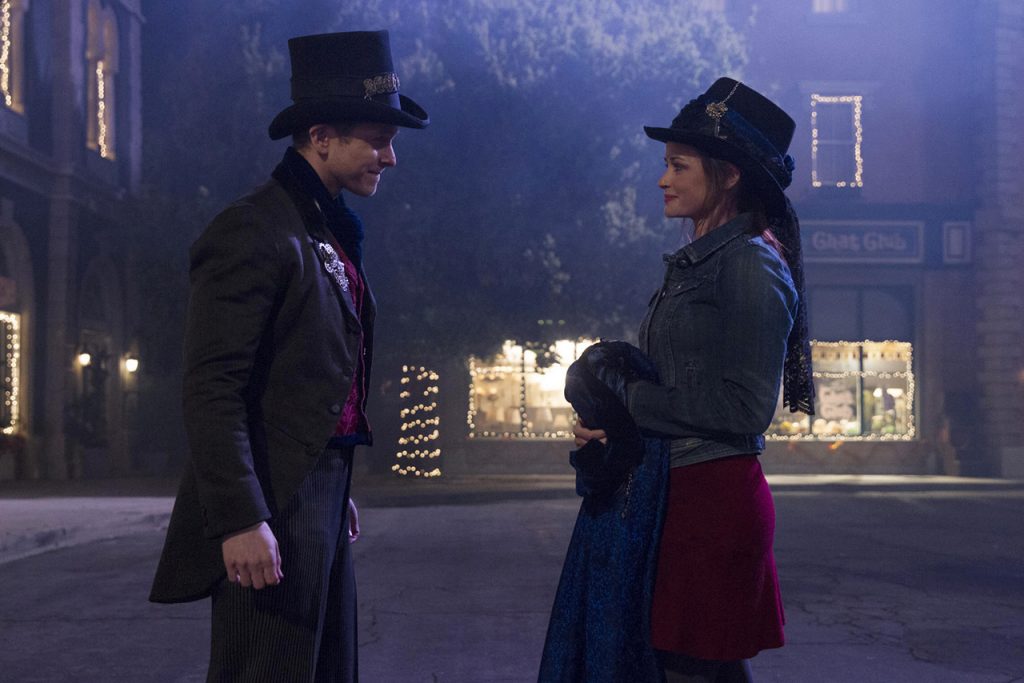 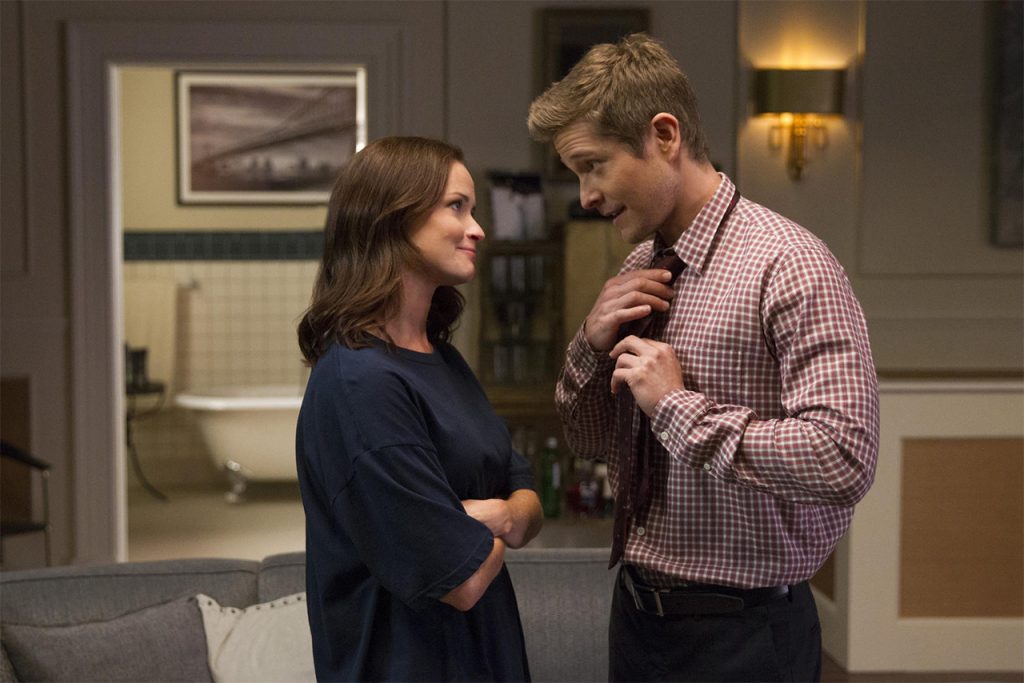 Q: Has your approach to acting changed since you first played Logan?

Yeah, absolutely, particularly after having done seven years on the Good Wife. In terms of coming back to the character of Logan, I was excited to bring a few more years and depth to this series that I wasn’t able to bring to the original series just because I was younger and less experienced.

Q: Was it challenging to transition from the dark, complex atmosphere of the Good Wife to the more angsty, quirky world of the Gilmore Girls?

I think the big thing was the pace. Amy and Dan Palladino’s writing for Gilmore Girls is very different than the writing of Robert and Michelle King’s writing for the Good Wife. I was doing both at the same time, simultaneously flying back and forth from New York to L.A. to shoot the Good Wife (in NYC) and Gilmore Girls (in L.A.) For me in the beginning of preparing for the new series, first picking up the scripts for Gilmore Girls, the biggest challenge was knowing that pace. I did table reads from New York over the phone – those helped a lot, hearing the pace of the other characters’ voices. I regularly rehearsed by myself to get back into the pace. Once I had done all the preparation for Gilmore Girls, showing up on set it kind of felt like I’d never left.

Q: How did you approach playing Logan 10 years later – particularly given the complex, secretive nature of his relationship with Rory?

What I loved about all four chapters was that you get to see where the characters have been, where they are currently, and where their futures may take them. And I love the fact that we were using everything in the context of the present tense.

It created a reality for the audience that they were able to dive into more quickly rather than something that was manufactured. The nature of Rory and Logan’s relationship shows the passage of time. They’re still incredibly close. They’ve always had a love for each other, but they’ve carried on with the passage of time. Rory has a boyfriend. Logan is engaged. But there has always been a love there. That has remained since the end of the original series. That’s what I focused on.

Q: There’s been an uproar from fans over the ending. Do you care to weigh in?

The specifics of who that relates to (the father of Rory’s baby) is a question for Amy and Dan (Palladino) because that’s their story.

For me, I love that ending because it doesn’t wrap everything up. I love that ending because it’s showing life moves forward. Life moves on. We don’t have all the answers all of the time. And I think it’s those questions the original series tackled so well, especially between the crux of the relationship with Lorelai and Rory. They never had all the answers and that was the intention of Amy and Dan’s final four words – that life doesn’t get wrapped up neatly. You don’t have all the answers and you still have to go forward with life as best you can.

And, for me, that’s why I love that ending. Q: What’s the future of Gilmore Girls? Could there be more episodes?

Coming into the project, the intention for everybody was that this was the final four chapters. I didn’t sign a contract to come back for more. And at this particular point I haven’t heard that there will be any more.

I think there is a love for this series that has lasted for 16 years and I think these four chapters shows the incredible amount of fans that are passionate about this show. There could be more, but there was never any intention there would be any more beyond this. I’m focused on the next path in my career. And for that I’m looking at great projects with great people on a case by case basis, kind of as I’ve always done. This will be a different place for me in my career than it has in the last seven years because I was doing the Good Wife.

Because of that 2017 is going to be a different year for me. It’s going to be about going after the projects that really speak to you, and hopefully connecting with one where they love you back.

Certainly drama is what I gravitate toward, but within that there could be so much more to explore.

Q: Because Gilmore Girls is back on Netflix, what is your favorite show to binge watch these days?