Cougar pride was on full display at the South Carolina State House this week. College of Charleston President Glenn F. McConnell ’69 was joined by trustees, deans, faculty, staff, students and alumni in Columbia Wednesday, Feb. 8, 2017, for the second-annual “College of Charleston Day” at the state capitol. The event showcased the wonderful initiatives and research at the CofC and gave McConnell the chance to speak to the General Assembly about the power of the College’s liberal arts degree.

During the day, the College was honored on the floor of both the South Carolina House of Representatives and the South Carolina Senate. Both chambers also passed resolutions honoring the College and commemorating Feb. 8 as College of Charleston Day. The College has four alumni in the State House: Reps. Leon Stavrinakis ’88,  Sylleste Davis ’83, Bart Blackwell ’82 and  Jay Jordan ’03.

The event was organized by the College’s Director of Government Relations Shirley Hinson ’94.

“Each year special interest groups and representatives from state agencies visit the State House to interact with their elected officials,” says Hinson. “These visits are especially important during the budget-writing process in the House of Representatives from January through the middle of March. While it’s critical to ask for support, it is equally important to take the opportunity to say ‘thank you’ for everything they do for our students. Our presence sends a positive message and is one that will be remembered as legislators deal with the difficult task of appropriating funds to colleges, universities and state agencies.”

Later in the afternoon, McConnell spoke in the Senate chamber at the portrait unveiling of Senate President Pro Tempore Hugh Leatherman, who received an honorary degree from the College in 2016. In his remarks, McConnell reminisced about serving alongside Leatherman in the Senate and their friendship.

“Sen. Leatherman, I have witnessed your assistance, extensive expertise, and honest counsel over the years,” says McConnell. “I long ago came to regard you not only as a colleague, but a valued friend. I’m so grateful to you for our friendship and the privilege to know you.”

To conclude College of Charleston Day, the College hosted a legislative reception for members of the General Assembly at the Palmetto Club in Columbia.

See more photos of College of Charleston Day at the State House below. 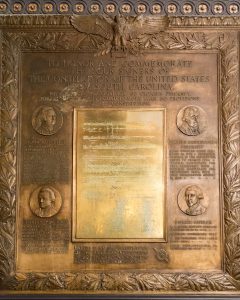 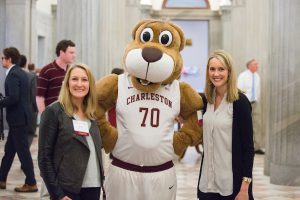 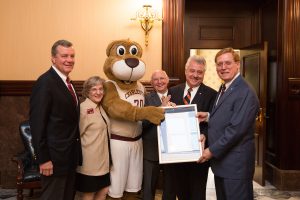 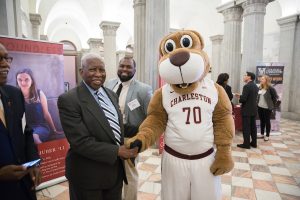 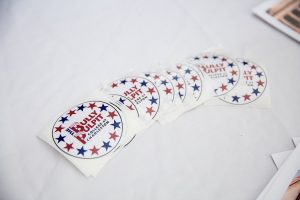 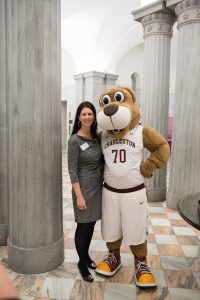 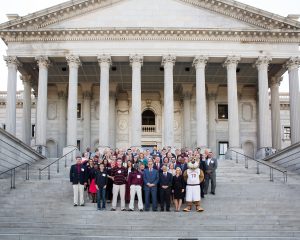 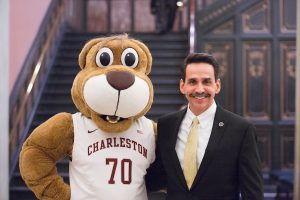 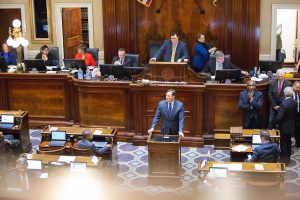 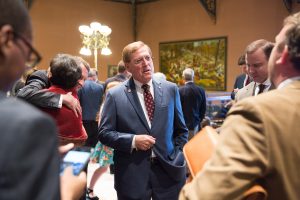 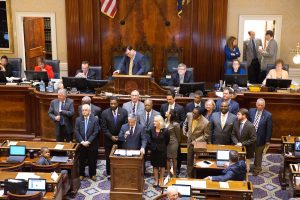 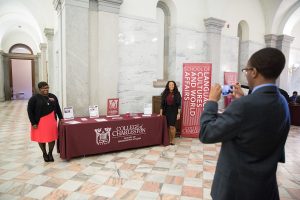 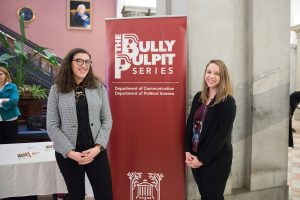 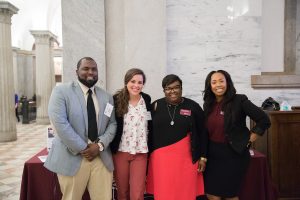 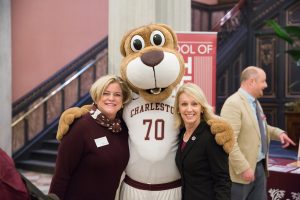 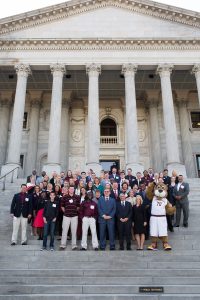 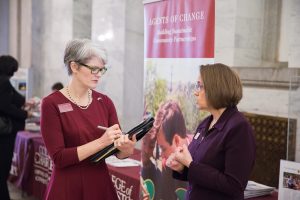 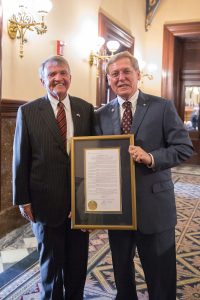