Music echoed through TD Arena on Saturday as College of Charleston students’ dance moves and philanthropy sent vibrations across the covered court and into children’s hospitals for the College’s annual Dance Marathon.

Participants in this year’s event spent 13 hours on their feet beneath multicolored strobe lights and raised a grand total of $51,076.52 for the Medical University of South Carolina’s Shawn Jenkins Children Hospital and the Children’s Miracle Network hospitals.

The day-long event was packed with activities and entertainment including a magic show, belly dance performance and private concert from Charleston-based band Midnight City. The participants’ most cherished aspect of the day, though, was meeting the kids.

Each year, several MUSC Children’s Hospital patients and families stop by Dance Marathon to tell their stories, show their gratitude and motivate the dancers.

“It’s so special to see how far they’ve come and how far they’re going to continue to go,” said Patrick Smith, a sophomore at CofC who was the special events chair for this year’s event.

Saturday was the first Dance Marathon for six-year-old Abby Lee and her mother Stephanie Lee, who stopped by to share their story.

Lee told the crowd of dancers that when she was just 20 weeks pregnant with Abby, an ultrasound revealed that her daughter’s heart had a defect. She suffered from hypoplastic left heart, which meant that the left side of her heart had failed to develop. Three open-heart surgeries would be required to save her baby’s life.

“Abby had her first open-heart surgery at five days old,” said Lee. “At six days old, we found out she had mosaic Down syndrome.”

After a series of additional procedures, Abby was scheduled for her final open heart surgery at three years old.

“We went into pre-op the day before and her platelet count was too low to operate,” says Lee. “We spent every two weeks for about six months checking her blood work and finally it showed up that she had leukemia.”

Amidst the singing and dancing, Abby’s story, and those of the other patients, served as a poignant reminder of the marathon’s true meaning.

“That’s why we’re standing on our feet for 13 hours,” offered CofC junior Kathryn Templeton. “We’re dancing for the kids who can’t.”

Despite ongoing health battles that cause Abby to become easily fatigued, her curious grin spread from ear to ear on Saturday as she devoured frosted donuts and conquered the inflatable slide.

While this year’s participants surpassed their fundraising goal of $50,000, Dance Marathon’s true success was evident not through the dollars and cents, but the sense of joy exhibited by the patients.

“They’re hanging out with people who really care about them,” Templeton said. “They get to just have fun. They get to be kids.” 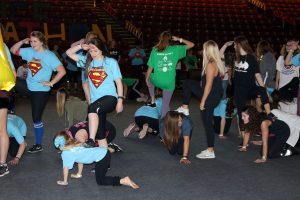 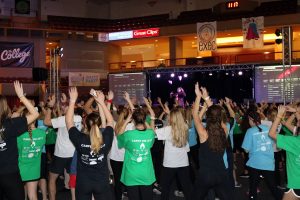 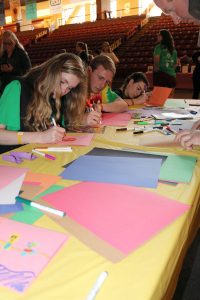 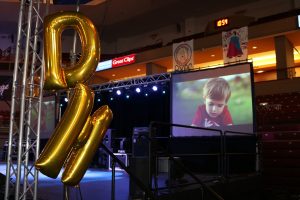 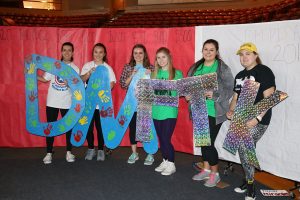 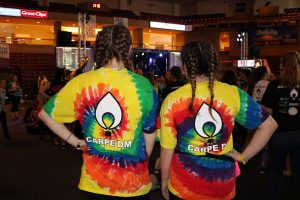 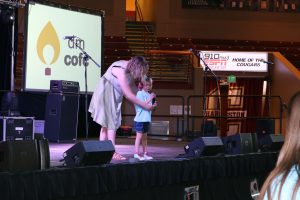 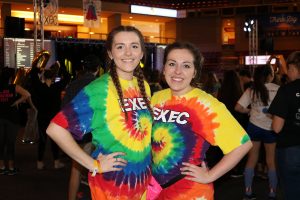 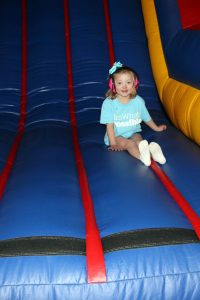 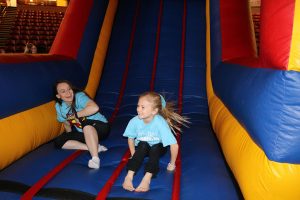 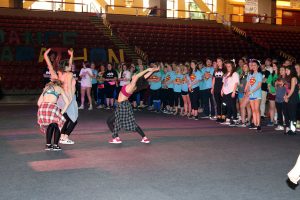