Cougar Alums to Descend on Campus for A Charleston Affair

It’s a busy time of year at the College of Charleston: students are studying for finals at Addlestone Library, seniors are preparing for Spring Commencement on the Cistern Yard — and thousands of Cougar alums are making their way back to campus for Spring Alumni Weekend. Thousands of CofC alums turn out every year for A Charleston Affair. (Photo by Kip Karson)

Spanning from May 5 to May 7, 2017, and culminating with the College of Charleston Alumni Association’s signature event — A Charleston Affair on Saturday, May 6 — Spring Alumni Weekend will feature a 50th reunion celebration for the Class of 1967, a networking reception for alumni and students and much more. Vice President of Alumni Affairs Ann Looper Pryor ’83 says the jam-packed weekend of events is a great opportunity for alumni to celebrate everything that makes the College such a special place.

“By welcoming alumni home and celebrating our traditions together, we reconnect with our roots and we recommit to the College and its future,” she says.

Of course, it wouldn’t be alumni weekend at the College without A Charleston Affair, the annual bash where alumni descend on campus to celebrate the entry of a new class of Cougars into the alumni ranks. About 3,500 alums, graduating students and guests are expected to turn out to this year’s edition of the storied celebration.

“A Charleston Affair dates back to 1900 when the very first Alumni Reception was held honoring the graduating class as the newest members of the Alumni Association,” says Pryor. “As much as the College has changed and grown since then, the heart of the campus remains the same and regardless of whether we graduated in 1946 or 2006, we’re all drawn back to our days as students under the oaks in the Cistern Yard.”

This year’s celebration will mark the first time since 2013 that graduating students and alumni will get to attend the event together on the same day. The Class of 2017 will enter the celebration via the Calhoun Street gate to Cougar Mall, where they’ll be greeted by DJ YNot and a spot to snap photos with Clyde the Cougar. They’ll also be given special pins to wear so alumni can identify them as new grads and congratulate them throughout the evening. President Glenn McConnell ’69 leads a toast at the 2016 edition of A Charleston Affair. (Photo by Kip Karson)

On Glebe Street, alums and graduating students will be able to participate in wine and beer tastings with alumni sommeliers and brewers, and the band Fantasy will perform live in the Cistern Yard. An added bonus: Fantasy will be playing beach music from 7 p.m. to 8 p.m. so Cougar alums can celebrate South Carolina’s state dance by taking shag lessons or entering a shag contest. Prizes in the shag contest include VIP tickets to A Charleston Affair in 2018 and a two-night stay at The Dewberry hotel. At 8 p.m., President Glenn McConnell ’69 will lead a toast to the Class of 2017 and the alma mater.

But this isn’t just a party, it’s a party with a purpose. The event supports the Alumni Association’s scholarships and programs. It’s also a zero-waste event; in past years as much as 94.67 percent of all refuse from the event was diverted to compost or recycling.

Pryor says that A Charleston Affair is a great chance for many of the 82,000 alumni who don’t live nearby to make it back to campus. And if alums missed the chance to make it to CofC for “A Charleston Affair” this spring, Pryor says they’re not out of luck for 2017: Fall Alumni Weekend, from Nov. 17-19, will celebrate the opening of the Alumni Welcome Center in Towell Library with an oyster roast and beer tasting as well as the annual Alumni Awards Gala.

“As President McConnell so eloquently puts it, our alumni are the heirs to this institution,” she says. “It’s up to us to steward and grow its resources for future generations of students.”

Click here to see a full list of events. Please note that tickets are required for most events and are no longer for sale. 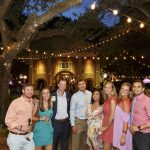 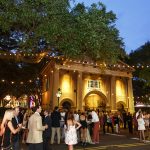 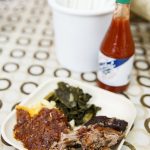 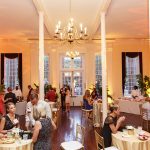 Images above and featured photo by Kip Karson