The glass is always half full for Allison Sterrett-Krause. And, in her case, it’s filled with answers about what life was like during the ancient Roman Empire.

Sterrett-Krause is one of just a handful of academics in the United States that study ancient glass fragments. From her windowless lab tucked deep within the Bell Building on St. Philip Street, the Classics professor and her student volunteers spend hours upon hours peering at bits of glass, recording each shard’s weight, dimensions, color and other distinguishing characteristics.

At first glance, these fractured bits don’t look like anything special. The odd-shaped chunks appear to be the kind of broken glass one can find in the bottom of any trash can in a random King Street restaurant.

The latest batch of seemingly random scraps of glass are believed to be 1,500 to 2,000 years old, hailing from an archaeological site of an ancient Roman circus turned cemetery in modern-day Tunisia. With so much history wrapped up in each piece, even a tiny sliver can speak volumes.

“When we study ancient glass, we can really see the physical remnants of people,” Sterrett-Krause says. “Most glass began to be blown during that era when we switched from B.C. to A.D., so when we look at this blown glass, we actually see the breath of Roman people captured in the glass. We are studying real people and real people’s lives.” 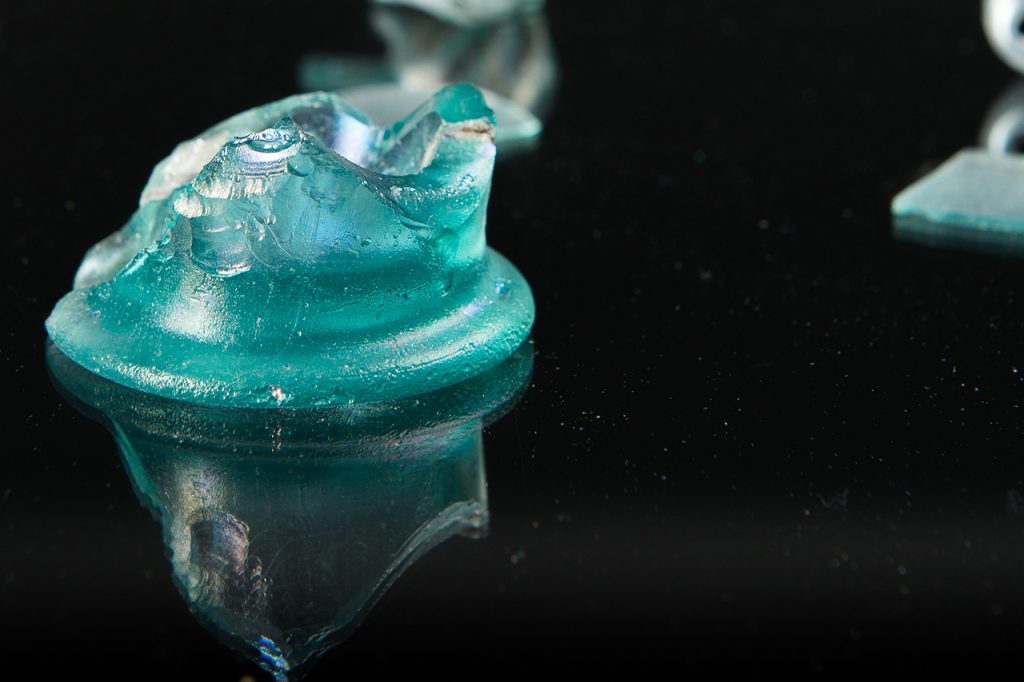 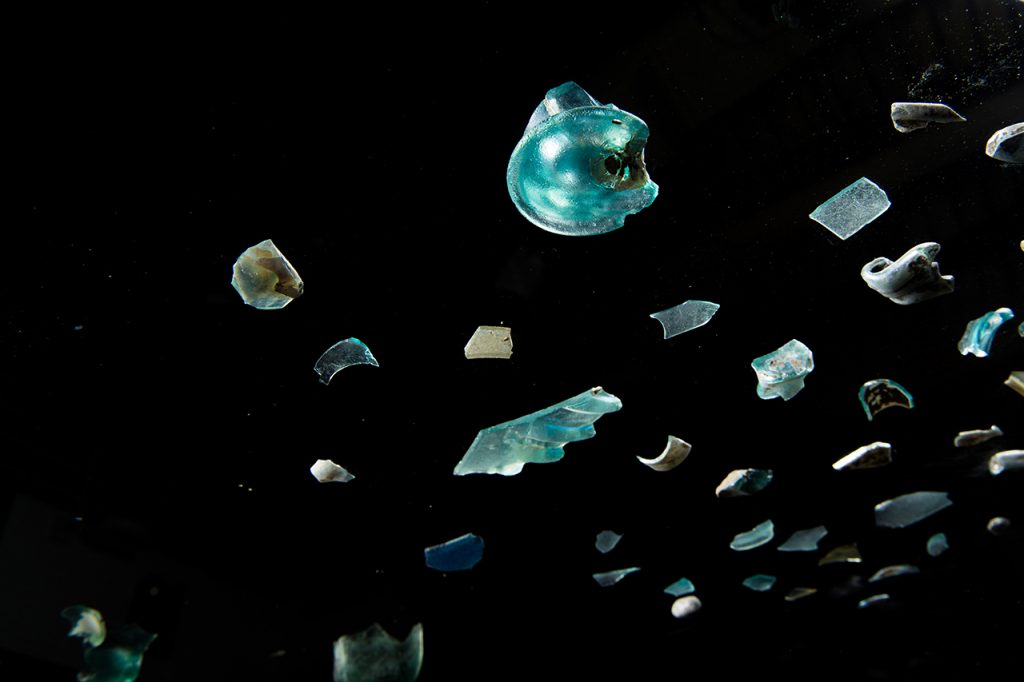 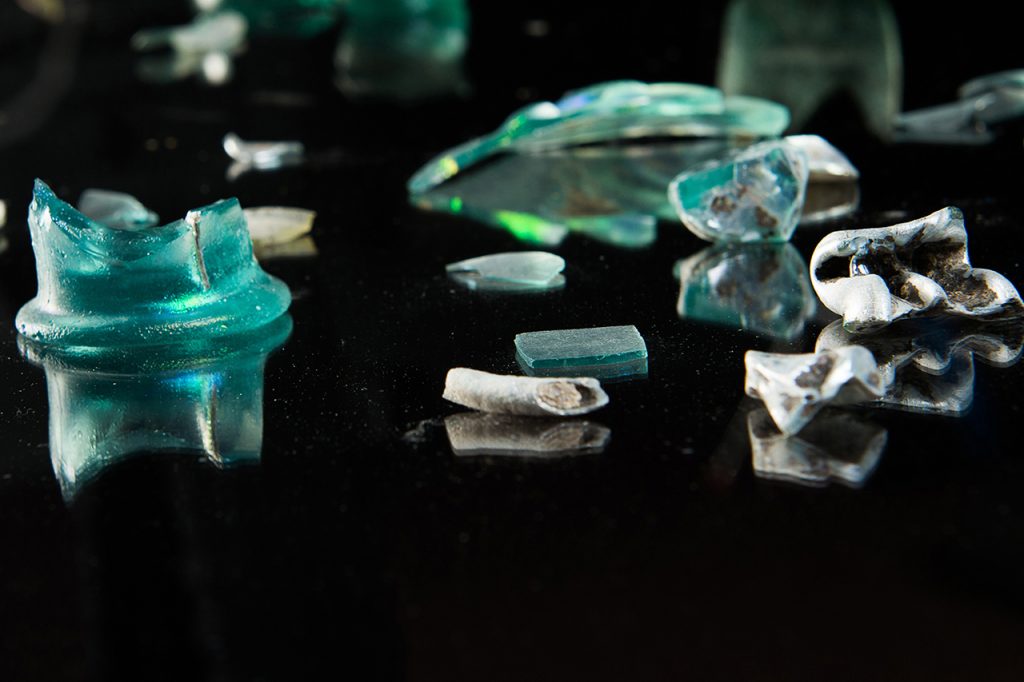 On a sunny Friday afternoon in January, the student volunteers slowly stream into the lab one by one. With soft music playing in the background, the students greet each other with warm smiles and easy conversations. Minutes later, it is time for work. Each student picks up a worksheet and a small plastic sandwich bag packed with fragments of glass. Then, they settle in and begin the slow process of carefully documenting the contents.

As an anthropology and archaeology double major, Molly Van Ostran, a senior from West Lafayette, Ind., confesses that she’s in the lab “because I have to develop some skills.”

With a goal of becoming a Paleolithic archaeologist, Van Ostran knows that this type of research will help her when she attends graduate school next year.

And that’s what makes Sterrett-Krause’s work so rewarding. She gets to pass on her love of ancient glass to a new generation of students.

“I have a great advantage here at the College of Charleston of working with a very strong archaeology program,” she says.

Archaeology students are required to do field work at least once during their four years at the College. Sterrett-Krause says the students may learn how to properly conduct an archaeological dig, but they sometimes don’t understand the research that must be done after the items are out of the ground.

That part of a student’s education comes every Friday at 3:00 p.m., when Sterrett-Krause opens up the glass lab. Her army of glass scholars are not just archaeology or Classics students, instead coming from a wide range of disciplines on campus.

“We train people from start to finish,” she says. “They come in and may not even know how glass is made in the modern world. By the end of the training, they are ready to get to work.”

Once they’re trained, the work begins. 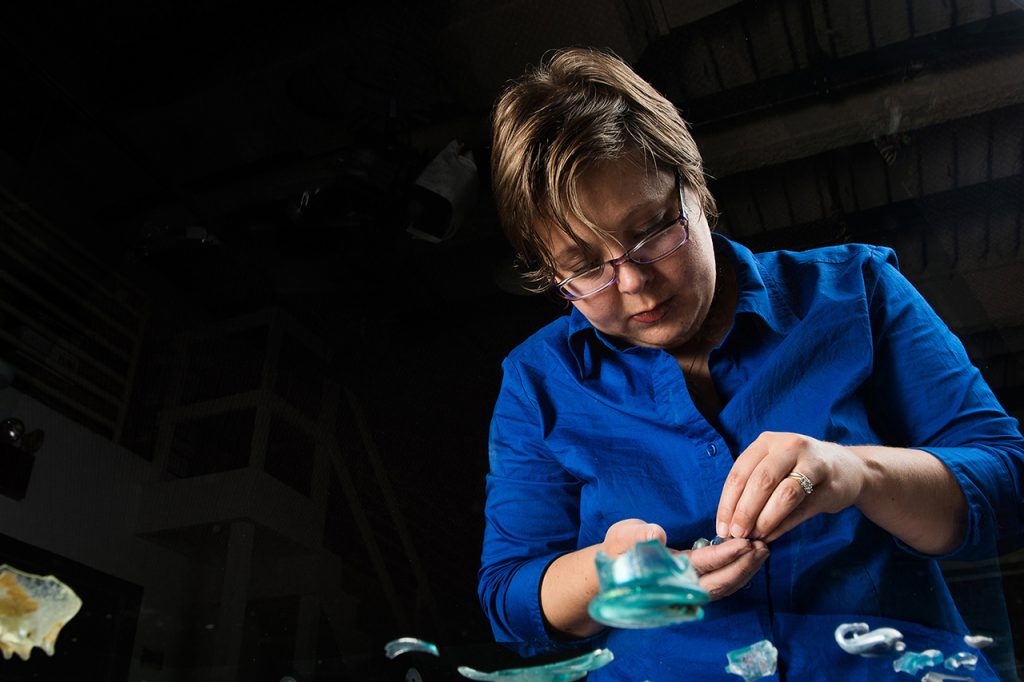 And like everything in her world, Sterrett-Krause’s work as an expert in ancient glass fragments began with – what else – a box of broken glass. As an undergraduate, Sterrett-Krause began looking for a research project to complete her honors thesis while working on her first field excavation. Wanting to limit the damage an overly ambitious undergrad could do to priceless historical artifacts, the leaders of the excavation handed over a container of already damaged goods: broken glass.

“They said it was already broken, so you cannot hurt it,” she recalls.

Carrying the little box of broken bits home, Sterrett-Krause wondered what on earth to do with these odds and ends. She spent the next year and a half trying to figure it out. The answer eventually became crystal clear. It turns out there were many ways to study the colorful shards. Not only could you assess the evolution of glass production, but you could also evaluate the scientific elements of the glass itself.

By graduate school, Sterrett-Krause had an inkling her expertise in ancient glass was rare. Soon, she became the “go-to” expert when her fellow scientists found any glass on their archaeological digs. It didn’t take her long to realize she’d found her life’s calling. Since then, the curious and inquisitive professor has built a window into the lives of the ancient Romans from her many boxes of glass.

But researching glass that is several millennia old is like trying to put together a jigsaw puzzle with parts that don’t always fit together. “It can be very easy sometimes, but most of the time it is not,” she says with a laugh. “It can be pretty challenging at times.”

Using modern technology, Sterrett-Krause and her colleagues can determine the chemical makeup of the object and ascertain not only how the glass was made, but also the region from which the sand and salt in the glass originated. All of this information helps shed light on a myriad of mysteries ranging from ancient regional trade patterns to the type of windows and tiles (even plates and cups) that adorned a house during that time period.

“Our goal is not only to reconstruct what the objects are, but also how they were used,” she says.

For students like Van Ostran, the magnitude of the history wrapped up in these forgotten bits of glass generates a deep respect for the objects they are studying.

“The first time I was in here, I was really struck by this,” Van Ostran says. “It is just so strange to think that I cannot make something like this (piece of glass), but someone 1,500 years ago could.”

And that’s the point. Sometimes a fresh perspective can make something old new again.