Veteran Student Is Back in Rhythm

By Ron Menchaca|2017-06-28T16:09:23-04:00June 16, 2017|College of Charleston Magazine|Comments Off on Veteran Student Is Back in Rhythm
For privacy reasons YouTube needs your permission to be loaded.
I Accept

As he stood before the crowd assembled for his military retirement party in 2012, Col. John Nerges ’17 scanned a sea of familiar faces. Seated among his family and friends were legions of soldiers and civilians he’d served with throughout his distinguished 30-year career as a critical care nurse in the U.S. Army.

But there was one face in the hotel banquet room in Columbia, S.C., that he didn’t recognize: an African American man, wearing glasses and an Indian kurta, with waist-length dreadlocks.

Until the moment that Quentin Baxter ’98, a celebrated jazz musician and adjunct professor of music at the College, stood and walked to the front of the room to be introduced, he and Nerges had never met. Baxter had been invited to the event to surprise Nerges, a jazz fan who knew of Baxter’s sterling reputation as a percussionist and performer.

Amid the celebration, as people clapped and cried in response to the gesture, Baxter casually leaned over to Nerges and offered to take him on as a drum student. Although he’d already earned a graduate degree in nursing, Nerges had been thinking about returning to school. He had a gnawing feeling as he left the Army that his mind wasn’t quite right, and he hoped some art and music classes might do him some good.

“I came home a little nuts, and I didn’t really know it,” Nerges says. “I just knew that I was different when I came back.” For military doctors, nurses and medics who care for the casualties of war, the unrelenting pace of saving lives and treating injuries – everything from stubbed toes to catastrophic wounds – doesn’t end when they return from combat. Many of these professionals often resume their duties at stateside military hospitals, where they continue to deal with the same tragic and heartrending cases.

“My job didn’t end when I came back. In some ways, the deployments were easier,” Nerges says. “That’s the thing about medical types – they don’t always experience the door-kicking trauma, but what we went through never ended.”

Nerges’ service included two combat deployments and multiple posts at U.S. military hospitals, including Walter Reed Army Medical Center, ground zero for some of the most critically injured from the wars in Iraq and Afghanistan.

Triaging a constant flow of incoming patients, tending to traumatized family members and orchestrating a complex system of people and equipment, Nerges existed in a heightened state of awareness for years on end. He rarely, if ever, paused to acknowledge his own emotions or to assess his own wounds – hidden ones festering
deep inside.

It wasn’t until he became a student at the College in late 2012 that he began to recognize the extent of the trauma he’d accumulated throughout his career. Strolling through campus, feeling like he didn’t belong, he carried around memories of past patients – like the soldier whose legs had been blown off by an IED, or the one felled by a sniper’s bullet. He was bothered by things that others didn’t seem to notice. Like an unattended backpack, innocently placed on a chair while its owner ordered coffee nearby, but which he imagined was concealing a bomb.

“I was trained to be afraid of those types of things, and it was hard to turn that off,” he says. 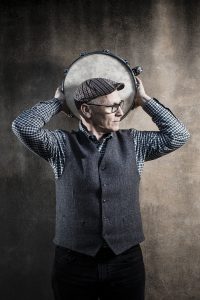 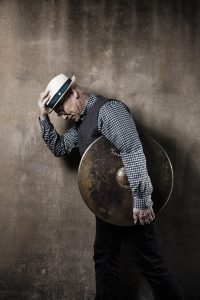 He had an exam on April 15, 2013, the same day as the Boston Marathon bombings. The injuries he saw on the news were virtually the same as those he’d treated in the Army. Experiences
he’d forgotten or suppressed came rushing back. His test went horribly, and he began to question whether he could stay in school.

But whenever Nerges had doubts – about being a student or learning to play music – he could trust that Baxter’s friendship and mentorship would be there, steady and strong as a drum beat.

Whenever Nerges grew frustrated by the pace of his progress, Baxter reminded him that he’d spent decades perfecting his skills as a nurse. Learning, like healing, Baxter told his student, would take time.

“As brave as this guy has proven to be as a soldier, the real brave side is starting something new and really stepping into a brand-new world as a grown man,” Baxter says.

Reluctantly, Nerges reveals that he eventually sought professional help to deal with the trauma he experienced in the military. “The only reason I share that is to encourage others to get the help they need,” he says.

Nerges believes he also received healing from his education at the College and the students, staff and professors he has come to know, especially people like Baxter and Scott Woolum, the College’s veterans affairs coordinator.

And as he prepared to graduate this spring with a degree in music, Nerges found himself reflecting on the many bits of wisdom he’s gleaned from Baxter, including one pearl that is particularly appropriate at the end of this journey: In order to play music, you have to have your mind right.