It’s summer in Charleston, South Carolina, and that means nothing tastes more refreshing than a glass of iced tea or nitro cold brewed coffee.

But – being summer in Charleston, South Carolina – getting a glass of tea or coffee can mean braving several blocks in muggy conditions or trying to hop in a blazing hot car in the middle of a busy workday. 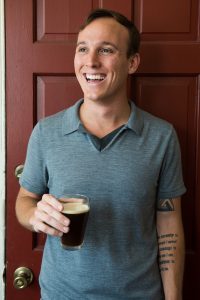 That’s where Isaac Waters comes in. The College of Charleston student is sweating it out on a customized beach cruiser toting more than 10 gallons of joe – that’s 200 cups – all to make sure the city’s busiest workers have access to quality coffee.

Waters, who had worked in Charleston’s food and hospitality industry for five years before enrolling at the College as a business major, has been a lifelong coffee enthusiast who initially had aspirations of creating a nationwide service that not only delivered small-batch beans to homes across the country, but explained the origins, methods and flavors behind each great cup of coffee. But, he says, the numbers didn’t really work out for such a service so he decided to focus on Charleston. Next came the name – Vice Wheel – and then one day later, he landed on a bike-based coffee delivery service.

“It kinda felt like it was meant to happen,” he says.

Waters says that next, he looked at how coffee delivery services in other cities operated, finding out that many would pick up a cup from a customer’s favorite cafe and bring it to them. But that wouldn’t be the plan for Vice Wheel.

“The overhead just wasn’t there,” Waters says. “We had fallen in love with this roaster in West Ashley named Broom Wagon, so we decided ‘let’s just start brewing this great coffee and bringing it right to people.'”

Vice Wheel rolled out in September, targeting the busy teams of health professionals that work around the Medical University of South Carolina campus with growlers of cold brew and guaranteed 15-minute delivery. Waters’ business partner is CofC alum John Nix ’16. 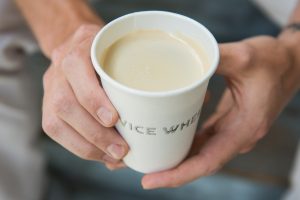 A cup of Vice Wheel coffee. (Photo by Reese Moore)

Business is already starting to take off. Waters and his white cruiser, outfitted with a custom-made sidecar and icy bin full of ice coffee and tea taps, is beginning to become a regular fixture around the hospital district on west side of downtown Charleston. And Vice Wheel has also been seen around other parts of the Lowcountry, delivering coffee to different neighborhoods around the Charleston peninsula throughout the day, setting up shop at Holy City Brewery for a day in May and offering coffee to Cougars hard at work preparing for final exams. They’ve also begun delivering single cups of coffee.

Waters credits the College  – and his entrepreneur father – for helping create Vice Wheel. He says when he was young he’d watch his father start his own business and be successful. Then, when he came to the College at 22, he enrolled in Professor David Wyman’s entrepreneurship class and immediately took to the start-up mindset.

“It was an invigorating experience,” he says. “Turning this idea I had into dollar signs was this high that I got just sitting in a classroom.”

And obviously, his studies have carried over to the business. He says that the public speaking and marketing skills he’s taken away from his business courses have translated. He’ll find himself pitching a single cup of coffee to people who catch a glimpse of the Vice Wheel bike or shouting out “Vice Wheel Coffee” when people do a double take at the three-wheeled rig.

“It might be tough on my thighs, but it’s a great marketing tool,” he says.

Juggling studies at the College and Vice Wheel has also taught Waters two other valuable lessons: how to manage time and learn from mistakes.

“Sometimes I feel like I’m juggling a bunch of balls and I may drop three of them all at once,” he says. “I don’t see that as failures, but learning experience. If I didn’t live up to my full potential yesterday, I have a chance to do it today.” 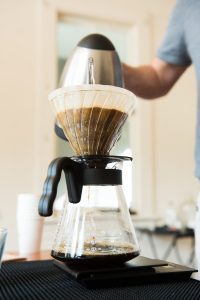 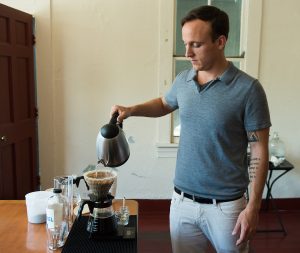 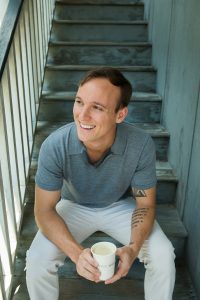 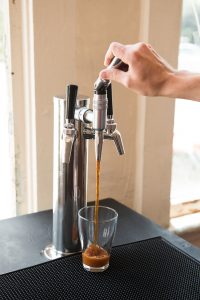 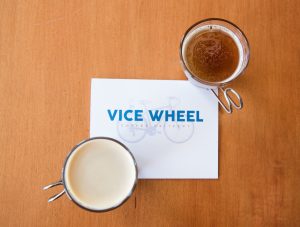 All photos by Reese Moore.