Professor Gives a Lift to Children of Cancer Patients

Sometimes we just need to know we’re not alone – that there’s someone else out there who knows what we’re going through, who understands what we’re feeling. Someone we can connect with through a common experience or who shares some fear, some dream, some passion within us. Someone who believes in us – who lifts us up right when we need it.

“I know I couldn’t have done this alone,” says Anna Lonon, English instructor and founder of the Lonon Foundation, a nonprofit organization dedicated to helping Lowcountry children affected by a parent’s cancer diagnosis.

It was Lonon’s own experience that prompted her to share her passion through starting this organization. Lonon lost her husband, Mike, to head and neck cancer in 2014 and quickly realized what an impact his death was having on her children, especially her 4-year-old, Jack. Hoping to help him cope with the loss of his father, Lonon sent Jack to a summer camp for children who have lost a parent to cancer. He returned with a whole new outlook. That’s when Lonon decided to start her own program to help children who have a parent with a cancer diagnosis.

“I wanted to do something after Mike passed, but I needed a push to give me some direction,” says Lonon, who met with three students about a community service project for Kathy Beres-Rogers’ English class shortly after the Lonon Foundation raised $5,000 at its first Hike for Mike fundraiser at Caw-Caw Interpretive Center in September 2016. “It was just so serendipitous. They were enthusiastic and excited, and they all wanted to commit to the cause. They said, ‘We want to see your dream come to fruition.’ They truly inspired me.”

“Just hearing how genuine she was and how she was able to take her experience and turn it all around to give something so needed to children was just amazing,” says Gallo, a senior majoring in anthropology. “All it took was hearing Anna’s story, and we were all in – we were all totally invested.”

That investment resulted in UPLIFT (Using Play, Love, Inspiration and Friendship as Therapy) – the Lonon Foundation’s student-led, CofC-sponsored free monthly program for children ages 6–17 who have been affected by a parent or caregiver’s cancer.

Now with more than 60 student volunteers, UPLIFT is run almost entirely by College of Charleston students. Involved in everything from the fundraising campaigns to the event planning, the volunteers are trained by Darkness to Light, as well as CofC students in the Master of Science in Child Life Program. 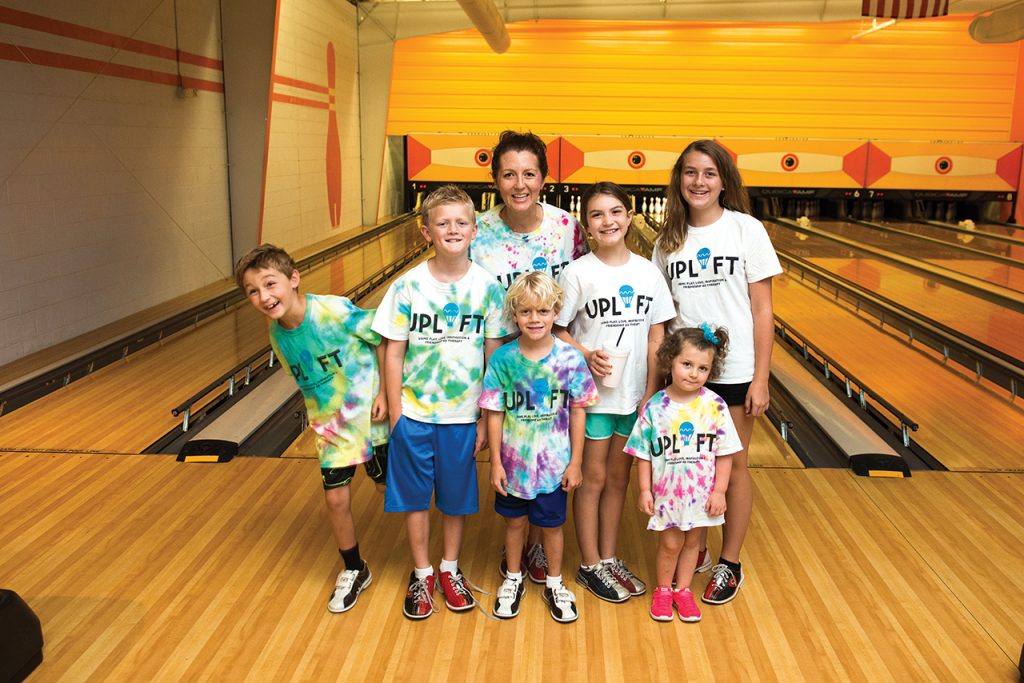 Anna Lonon, center, with children at an UPLIFT event last fall at The Alley. (Photo by Reese Moore)

“I think that’s what’s so exciting – that we’re really utilizing the expertise and the talent and the passion at the College of Charleston to make this happen,” says Lonon, adding that the experience that Goldman, Gallo and Wofford are getting is invaluable: Not only have they launched a successful program, marketing it in the community and working with other organizations around town, they were key in getting the Lonon Foundation to 501(c)(3) status last summer. “How many students graduate being able to say they’ve started a nonprofit?”

But the experience isn’t what drives these students – or any of the student volunteers, really. It’s empathy that motivates them to volunteer.

“I’m constantly amazed by the empathy the students here have,” says Lonon. “They really get it. They want to help. I’m just in awe at how many people want to be involved.”

The cause is certainly resonating across campus – proving that Lonon and the students are far from alone in this dream.

“I think it’s because of the passion we bring to it,” says Goldman, a junior double majoring in public health and women’s and gender studies, who also serves as the president of UPLIFT. “Passion is the starting point for everything. It gets people excited. That’s what got us involved: We saw the passion from Anna, and she passed it on to us. And that really resonates. Plus, cancer touches us all.” 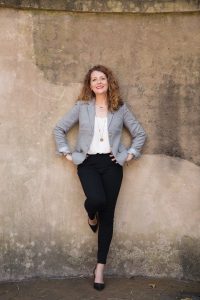 “It really does hit home in the community. Everyone knows someone affected by cancer,” agrees Gallo, who now serves as UPLIFT’s director of communication and marketing. “People come up and share their own stories of losing someone to cancer, and we’ve had some volunteers tell us how much this kind of thing would have helped them when they were grieving as a kid.”

“That’s the ultimate reward: They’re going back to their own memories and giving their time to make it better for these children,” says Lonon. “For myself, giving back in this way: It’s everything. It’s what truly drives me every day.”

Since it officially began in February 2017, the UPLIFT program has hosted monthly events that involve everything from making art and bowling to a scavenger hunt at the South Carolina Aquarium and yoga in the park. And, since that first event, attendance has grown from one child to 16 children from 11 different families.

“It just shows how much need there is for this kind of program,” says Lonon, noting that the Lonon Foundation is now partnering with other organizations, including hospices and the child life program at MUSC’s Children’s Health to expand its reach. “This is such an asset to the community. First and foremost, we are here to provide comfort to the kids. But we want to provide that comfort to even more people – to be a resource for organizations throughout the community.”

And the community is responding in kind. The foundation’s charity ride at CycleBar – an indoor cycling studio in Mt. Pleasant – raised $1,100 in September. And, in October, the second annual Hike for Mike raised $7,500, with nearly 100 people attending the event, which featured a 3.5-mile walk along the Caw-Caw Habitat Trail.

As the foundation continues to gain footing in the community, the focus of UPLIFT remains on providing children (and CofC students) with some fellowship and fun every month.

“The idea is just to get these kids out, away from the stress their family is experiencing, and engaging in healthy activities that allow them to express themselves and just having fun with a community of people dedicated to helping them grow and heal,” says Gallo.

“They are bonded by this experience,” says Lonon. “It’s just that knowledge that, ‘We’re all in this together.’”

And sometimes that’s all we really need.