Everyone has hair. Long or short, curly or wavy, a fade or twists, hair is hair. So, when Courtney Hicks started thinking about creating an organization to bring together minority students, a club focused on celebrating natural hair rose to the top of her mind.

“Everybody has a strand of hair on their body,” says the communication major. “Hair is a unifying factor, so taking that and building off of it for multicultural uplift for students was a huge attraction to me.” 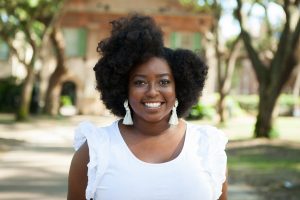 As a licensed cosmetologist, Hicks, who is a junior, felt confident she could create a campus organization that celebrated minority and multicultural students with a central focus of hair and beauty. Collegiate Curls launched in October 2016, and within the first six months grew to 150 members. By the start of the fall 2017 semester, the group was closing in on 300. And with a strong social media presence, Collegiate Curls quickly garnered interest from students at other colleges and universities, resulting in sectors opening this year at three other institutions in the Palmetto State and North Carolina.

Tamazha Pilson, vice president of Collegiate Curls CofC sector, says it was important for the founding members of Collegiate Curls to create guidelines for each sector to follow so that the organization maintains its cohesion as it grows. That led to a day-long leadership retreat for all sectors last August at CofC.

“We want to definitely remain unified and have the same mission throughout each campus,” says Pilson, who is a junior majoring in public health.

Since its initial launch, Collegiate Curls has also expanded its programming beyond hair and beauty to include topics of professionalism, style and culture, with an eye toward increasing membership among male and multicultural students.

The group has also solidified its online presence with the creation of its own website, collegiatecurls.org, which features updates from each of the sectors as well as student profiles in segments such as “Black Boy Joy,” the “Look of the Week,” and “Move Maker Spotlight” to highlight influential members. And the group has started an international service project dubbed “My Sister’s Keeper” in conjunction with alumnus Phillip Wright ’16, who is working as a teacher in South Africa. Aimed at inspiring female South African grade school students, My Sister’s Keeper is a pen pal program that also provides donations of books, feminine supplies and gifts such as beads and bows.

“We want them to learn about self-love and self-empowerment in a part of the world where those perspectives are not deemed as important,” says Hicks, the Collegiate Curls president. “We want them to know that they are beautiful and that they are not limited in what they can do or achieve.”

But you don’t have to go quite as far as South Africa to see the impact Collegiate Curls is having. 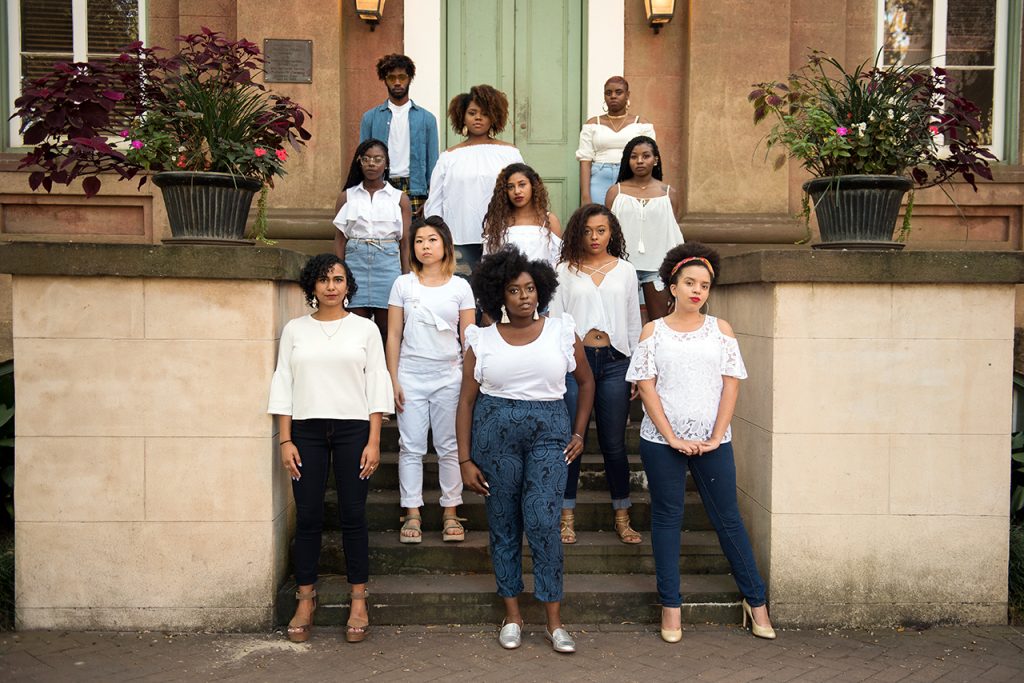 “I really think it has upped the ante for minority students to come into the College and already know where they want to go and already know there’s a community for them on campus,” says Butler, who is a political science and secondary education double major.

And that momentum is only beginning.

“This is about giving students a safe haven in a professional atmosphere where they can talk about different things that are important to them that might be overlooked – things they’ve seen on social media or in current events, where they can bring their ideas and make a difference on this campus,” Hicks says.

It seems investing in a little hair care can lead to big things.