This Cellist is Going for Baroque

The acclaimed Baltimore-based cellist and music teacher should know. Davis is an outlier in the world of classical music. What’s more, his chosen focus on Baroque music, which entails using historically performed instruments, has rarely involved musicians of color until now.

Davis, who was raised in South Carolina, first studied the cello at the age of 7 through the String Project at the University of South Carolina. “I always knew I was going to be a cellist,” says Davis. By his teen years, he was winning competitions, and had gained a coveted spot in the inaugural class of the Governor’s School for the Arts and Humanities. After graduating from the College in 2008, he went on to study at the Peabody Conservatory at Johns Hopkins University, where he furthered his interest in Baroque compositions and instruments.

“I was fortunate to grow up in a place where I not only had the resources, but I also had people encouraging me to be the best,” says Davis, adding, “As the old adage goes, when you’re black, you have to be twice as good to get the recognition.”

His stirring example is helping other aspiring classical musicians, too. As the lead cello teacher for the Baltimore Symphony Orchestra OrchKids afterschool program, Davis nurtures youth from Baltimore City neighborhoods.

This fall, Davis enjoyed a triumphant return to Charleston as part of the Colour of Music black classical musicians festival, performing works by Johann Sebastian Bach at Memminger Auditorium just down the street from CofC, where his interest in Baroque music took shape.

“There is nothing quite like the embrace of coming home,” he says. 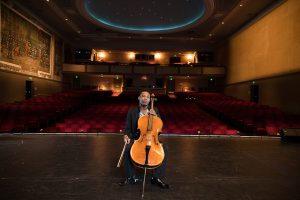 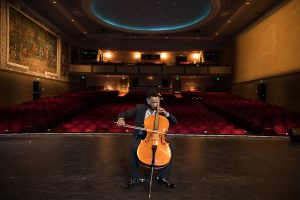 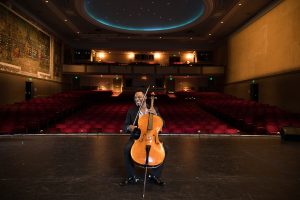