In a world where we often focus on our differences, it is important to take stock in the ways in which we are the same. And the second annual Food and Faith celebration held Monday in partnership with the Christian-Jewish Council of Greater Charleston and the College of Charleston sought to do just that.

“The idea that the two great traditions that we’re talking about here today, Judaism and Islam, are somehow enemies or in opposition to each other – that idea comes from such a limited modern political idea,” said religious studies professor and moderator Elijah Siegler to the crowd of about 100 people in attendance at the event in the College’s Jewish Studies Center. “The fact is Islam and Judaism have so much in common. There’s definitely some rich common experiences that Jews and Muslims can talk about.” 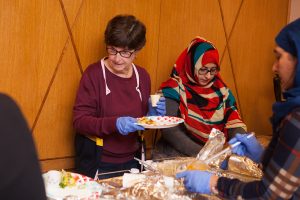 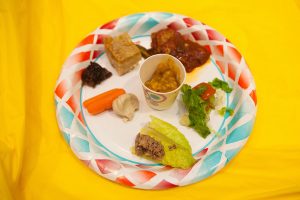 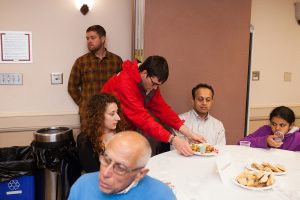 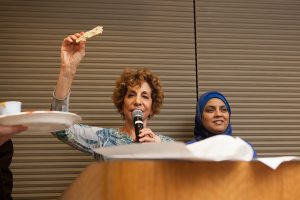 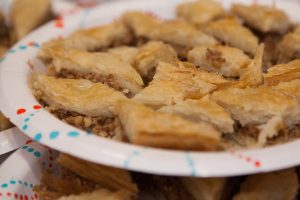 The evening’s discussion – which centered around food – focused on traditions of feasting and fasting in both Islam and Judaism. Rabbi Michael Davies, of the Charleston area Orthodox synagogue Congregation Dor Tikvah, and Muslim seminarian Haris Qudsi, of Dallas, Texas, each highlighted their respective faiths’ calendars and the traditions and holy days associated with feasting and fasting.

Similarities, for example, are seen in the holy days Yom Kippur in the Jewish faith and Ashura in the Muslim faith, both of which focus on themes of remembrance and atonement. Davies and Qudsi also talked about how certain traditions were aimed at developing a person’s relationship with God. 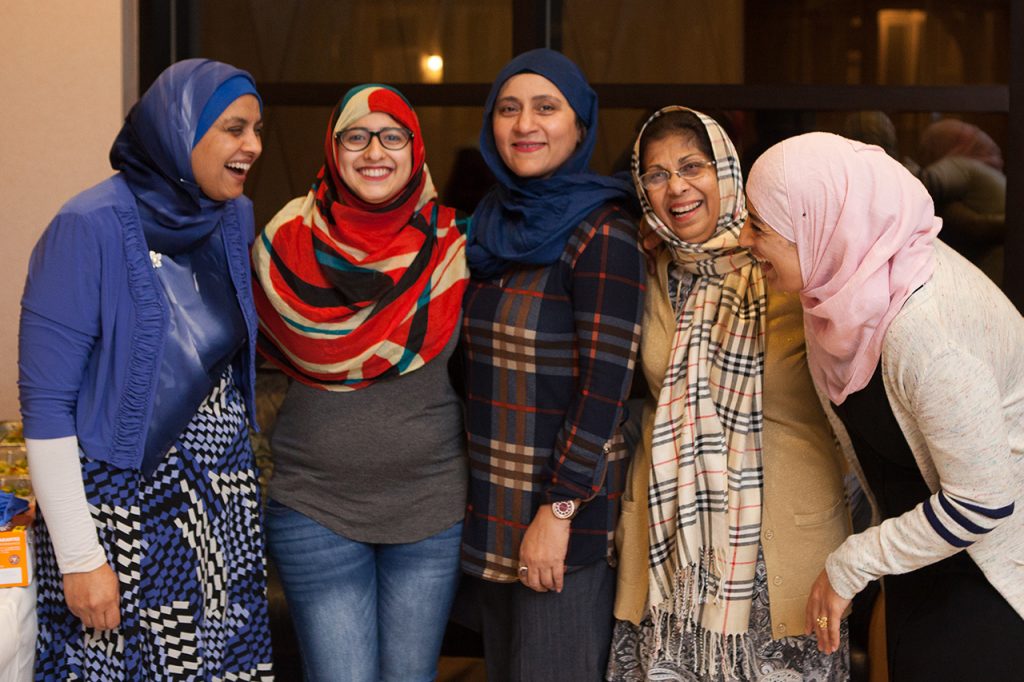 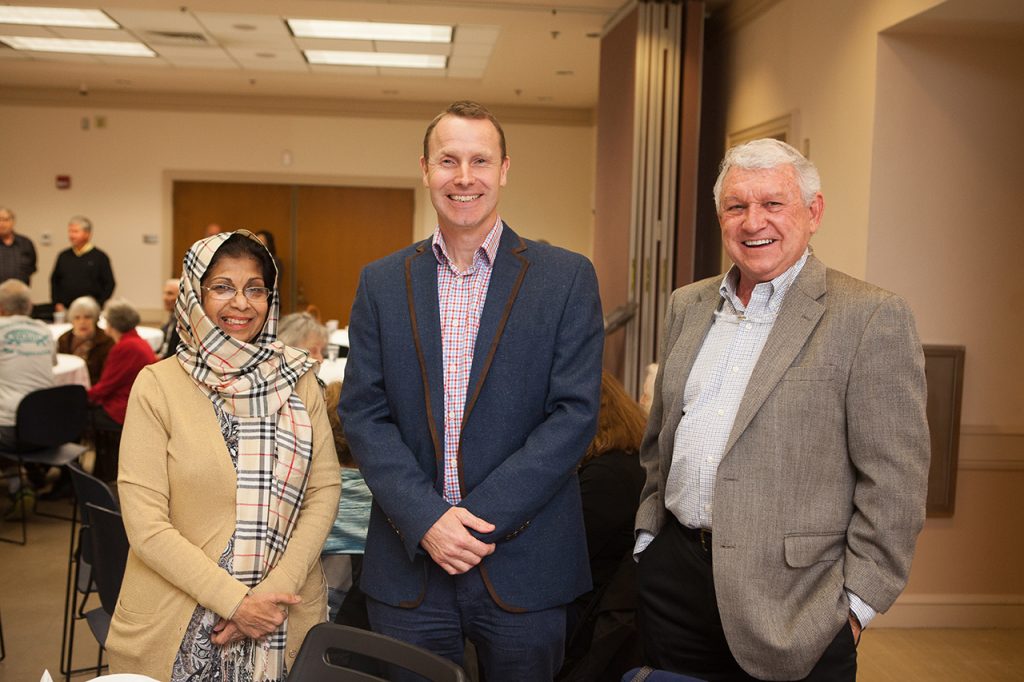 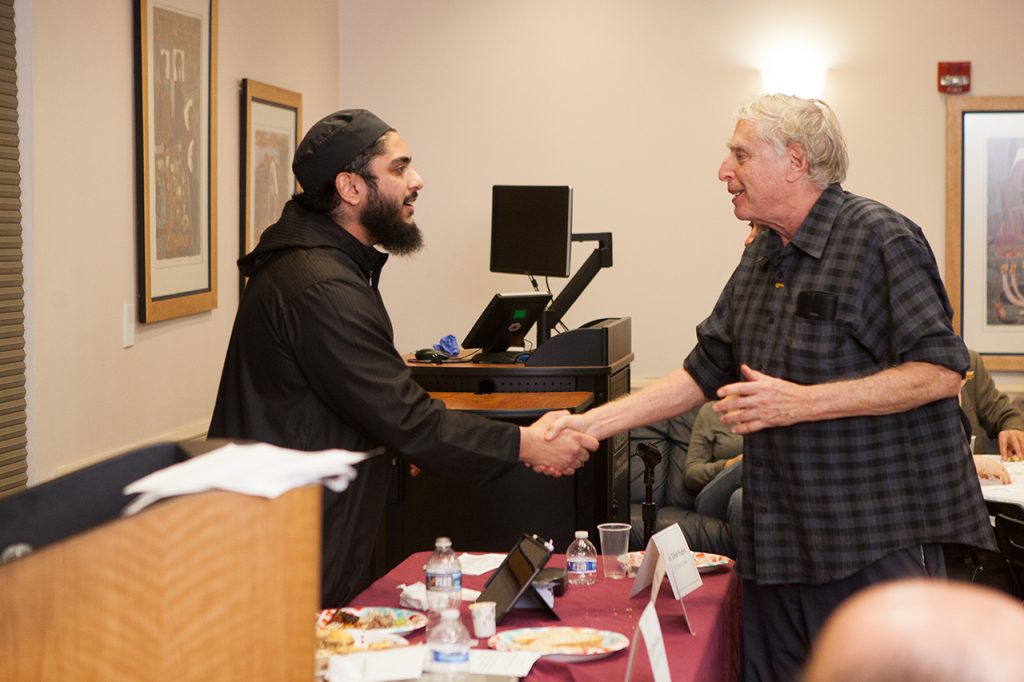 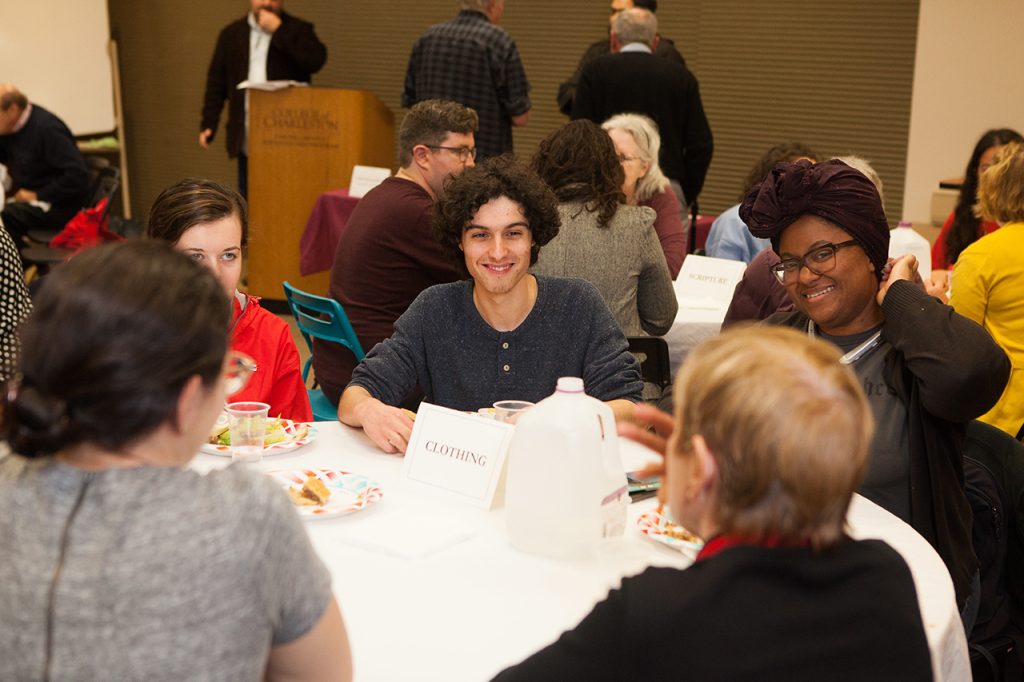 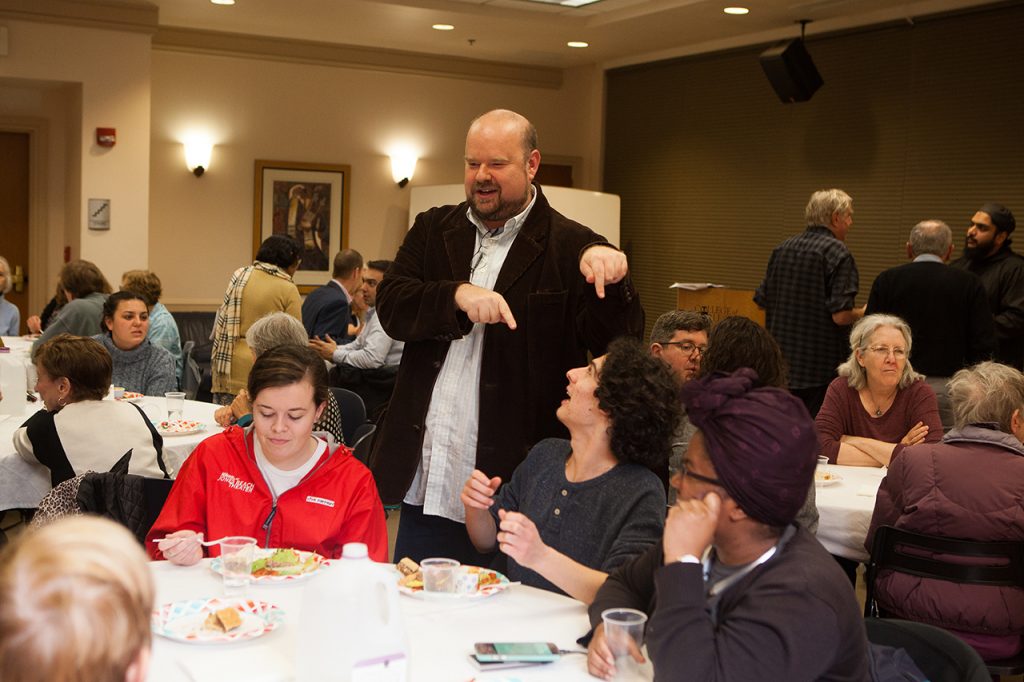 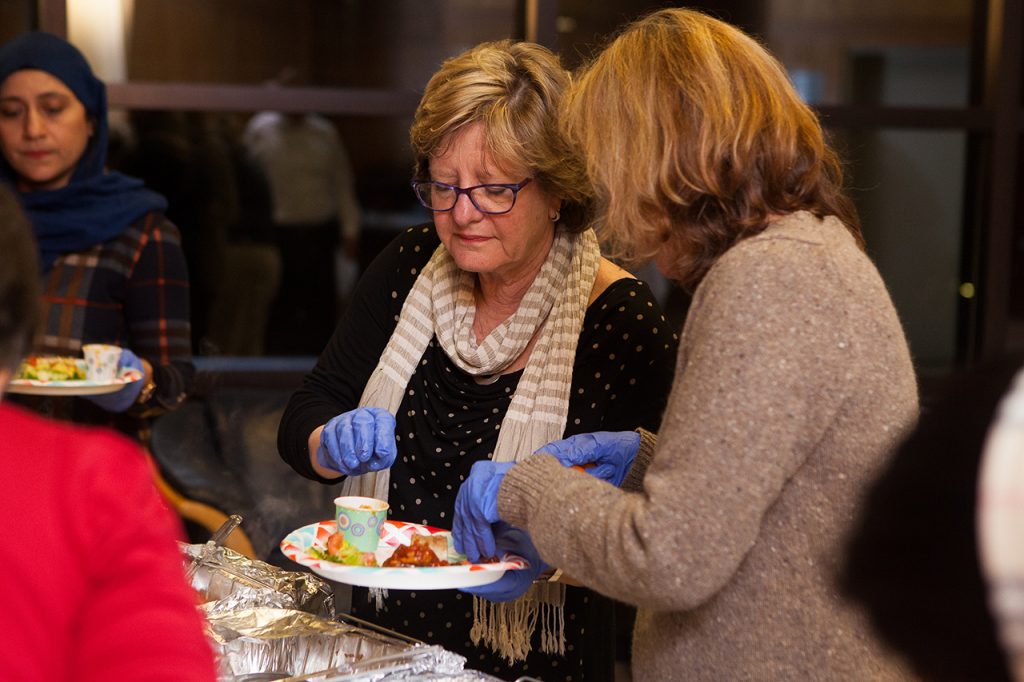 “It’s between a person and God that they keep their fast,” said Qudsi, noting that fasting, particularly during the Holy month of Ramadan, is aimed at reminding the faithful to have selflessness and patience. “Because when you have to stay away from food and drink it’s not easy, particularly when it is for that long. And so you have to be patient and then selflessness because it inspires you to understand what people who are less fortunate than you go through on a daily basis.”

The same ideas of reaching for a higher spirituality are embedded in the celebration of Yom Kippur – which Davies described as a “celebration of forgiveness.”

“It is the happiest day of the Jewish calendar year because we feel so close to God and that God forgives us for our wrongdoings,” Davies said.

The event culminated in a Q&A session, a shared meal and breakout discussions about comparative ideas in the Jewish and Muslim faiths. The event was co-sponsored by the Department of Religious Studies, the Yaschik/Arnold Jewish Studies Program, the Jewish Student Union/Hillel, and the CofC Arabic Club.