Alumna Lights Up the Past in St. Augustine 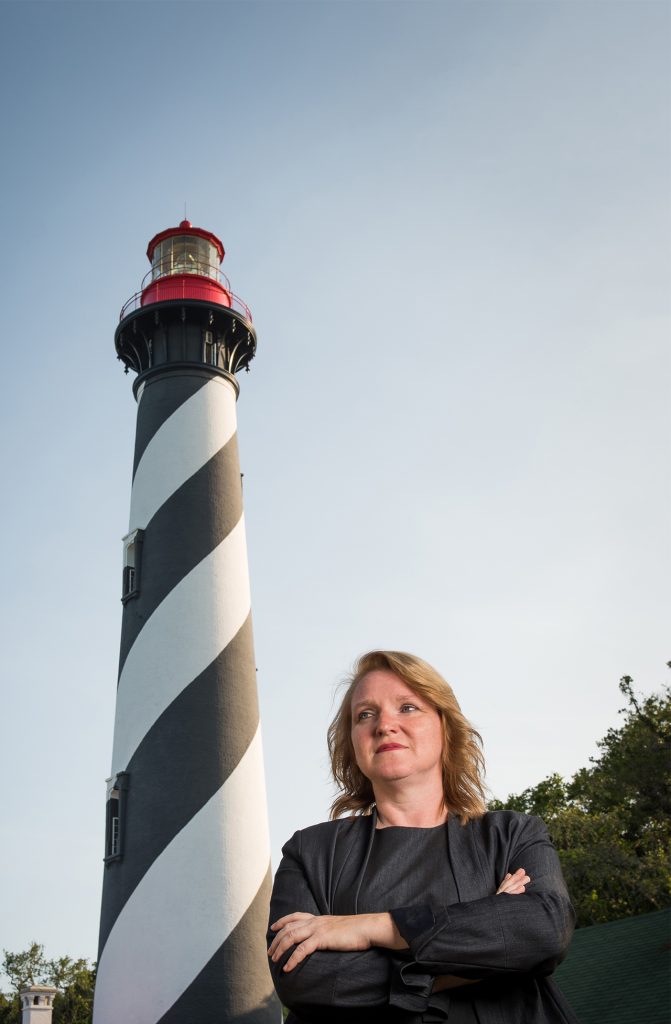 Michelle Adams ’00 is the director of development for the St. Augustine Lighthouse and Maritime Museum. (Photos by Reese Moore)

As director of development for the St. Augustine Lighthouse and Maritime Museum, Michelle Adams ’00 sure is putting her history degree to great use. The chance to present and help preserve the oldest port in the U.S. is a dream job for the history buff. Every day, she gets the opportunity to bring this fascinating chapter of our nation’s background to the public.

“There are so many layers of history here,” says Adams, who’s been in the position since 2011.

In addition to touring the historic – and still working – lighthouse, visitors learn about the city’s founding by the Spanish, the rule of the English, the revitalization by railroad tycoon Henry Flagler and the connections between the centuries and the lighthouse.

Charleston’s rich history was a big reason why Adams came to the College from Milwaukee, Wisc., but St. Augustine, founded in 1565, has Charleston beat by more than 100 years. “St. Augustine is like a smaller, Spanish Charleston,” says Adams, whose previous job was as membership manager at the South Carolina Aquarium in Charleston.

While Adams’ job title may hint that she’s more of a fundraiser than a history teller, a large portion of her work is keeping donors informed on the latest findings in St. Augustine’s maritime archaeology program, updates on lighthouse preservation or plans for the new World War II Coast Guard exhibit at the museum.

Talk about shining a light.