Hundreds of College of Charleston students will honor a fellow student while also raising money for the Medical University of South Carolina’s Shawn Jenkins Children Hospital on Feb. 19, 2019.

Charleston Miracle, CofC’s Dance Marathon organization, will hold a 24-hour fundraiser beginning at 5 p.m on Cistern Yard dedicated to Alex Guerrero, a College of Charleston student who passed away in 2018 after a long battle with osteosarcoma. 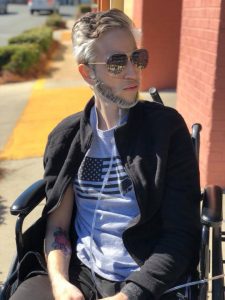 Charleston Miracle executive director Patrick Smith grew up with Guerrero in Fort Mill, South Carolina. Smith, a senior majoring in biology, says they decided to dedicate this fundraiser to Guerrero because he was not only a student at the College, but was also a patient at a children’s hospital.

“This is a good chance to show the campus who he was and how hard he fought,” says Smith.

At the conclusion of the fundraiser on Feb. 20, the students will participle in a candlelight vigil starting at 8 p.m. Family and friends will be invited to share their memories of Guerrero.

“The dance marathon is the culmination event of our yearlong fundraising efforts,” says Gretchen Schultz, vice president of external operations for Charleston Miracle.

Schultz, a senior majoring in special education, says they hope their various fundraisers will raise over $150,000 for the children’s hospital. Last year, Charleston Miracle’s fundraisers collected a total of $115,678 for the Medical University of South Carolina’s Shawn Jenkins Children Hospital and the Children’s Miracle Network hospitals.