Professor Emerita to Discuss the History of Women at CofC 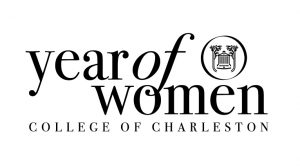 The College has marked the 2018–19 academic year as the Year of Women, a centennial commemoration of the first admission of female students to the College in 1918 and a celebration of the impact women have had on the College and beyond.

As part of this celebration, the Department of History and the Women and Gender Studies Program (WGS) are hosting the talk, “Taking on the Spirit and Tone of Robust Manliness: Women at the College of Charleston Between the World Wars,” in the Marlene and Nathan Addlestone Library, room 227, from 3:30 p.m. to 5:30 p.m. on Tuesday, Feb. 19, 2019. Part of the WGS Intersections series, this talk features professor emerita of history Amy McCandless.

“This presentation examines women at the College between the World Wars and discusses how they dealt with the spirit and tone of robust manliness that characterized the campus in the early 20th century,” says McCandless, explaining that early opponents to coeducation at CofC were proved wrong with the very first class of women at the College.

One of those women, for example, was Pierrine St. Claire Smith Byrd ’22, who not only was the first honor graduate in the history of the College, but – as captain of the basketball team, class president, class secretary, secretary of the Athletic Association, editor-in-chief of the yearbook, member of the magazine staff, co-ed representation on the Honor Committee and president of the Co-Ed Club – was a pioneer outside of the classroom, as well.

Byrd was only the first among countless other women who have had a lasting impact at the College of Charleston, many of whom will be featured in this presentation.

Featured image: Female students, including the first female graduate of the College Pierrine St. Claire Smith Byrd, sit on the steps of Randolph Hall in 1921.