Standing at the altar in front of family members and close friends is enough to give any bride a few butterflies. Imagine doing it front of all of America.

That’s exactly what Mariana De Andrade, 21, did on Tuesday, Feb. 19, 2019, when her wedding aired live on Lifetime’s My Great Big Live Wedding with David Tutera. The program included a scene with De Andrade at the College’s Sottile Theatre and the ceremony featured the College of Charleston Gospel Choir during a performance with gospel singer CeCe Winans.

De Andrade, a senior accounting major at the College of Charleston, and her fiancé Chris Singleton, a minor league baseball player with the Chicago Cubs–owned South Bend Cubs and a traveling motivational speaker, are the third of eight couples to be featured on the new series, which stars celebrity wedding planner David Tutera of WEtv’s My Fair Wedding and CELEBrations. The couples – all of whom have emotional and inspirational backstories – work with Tutera to plan the wedding of their dreams, which is then aired on live television.

When the show contacted Singleton last summer, he and De Andrade were already planning their wedding – and neither of them knew what to think.

“They said they wanted to give us our dream wedding for free, and we thought it was a joke,” says De Andrade. “I was skeptical, but we went into detective mode and found out that it was the real thing.” 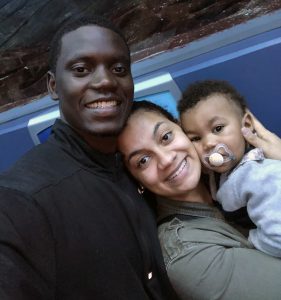 The couple – who have no idea how the network found out about them or their story – certainly fit the bill for the show. Singleton’s mother, Sharonda Coleman-Singleton, died in the Emanuel A.M.E. Church shooting in 2015. A year later, his father died from health complications, and Singleton’s two younger siblings – then ages 13 and 16 – were ultimately left in his care.

“Teenagers are tough,” says De Andrade, adding that she and Singleton are parents to a 15-month-old and aren’t trying to be parents to the teens. “We’re like cool older siblings. I tell them, ‘I’m not going to tell you how to behave. Just behave like your mom would want you to behave.’”

That’s what Singleton has done: He knows his mother would want him to forgive her killer and to spread the message that love is stronger than hate.

“Chris is so forgiving. He likes to see the best in everybody and believes there’s good in everyone,” says De Andrade, who has been in a relationship with Singleton since she was a sophomore in high school and he was a junior. “We want to spread love, because love is the only thing that can end racism. That’s how we’re raising our son. That’s the message we want to share.”

And what better place to share it than on national TV? The wedding planning is just an added bonus – a really big added bonus. The

“Not having to plan anything is really the best part,” says De Andrade. “Being a mom and a college student, I don’t know where I’d find the time to get it all done. And I definitely wouldn’t have set my sights on a big wedding like this. It would have been much simpler.”

And so – once they knew everything was legit – allowing the show to take over was a no brainer. All they had to do was open their home up to the film crew for a day of preliminary interviews. 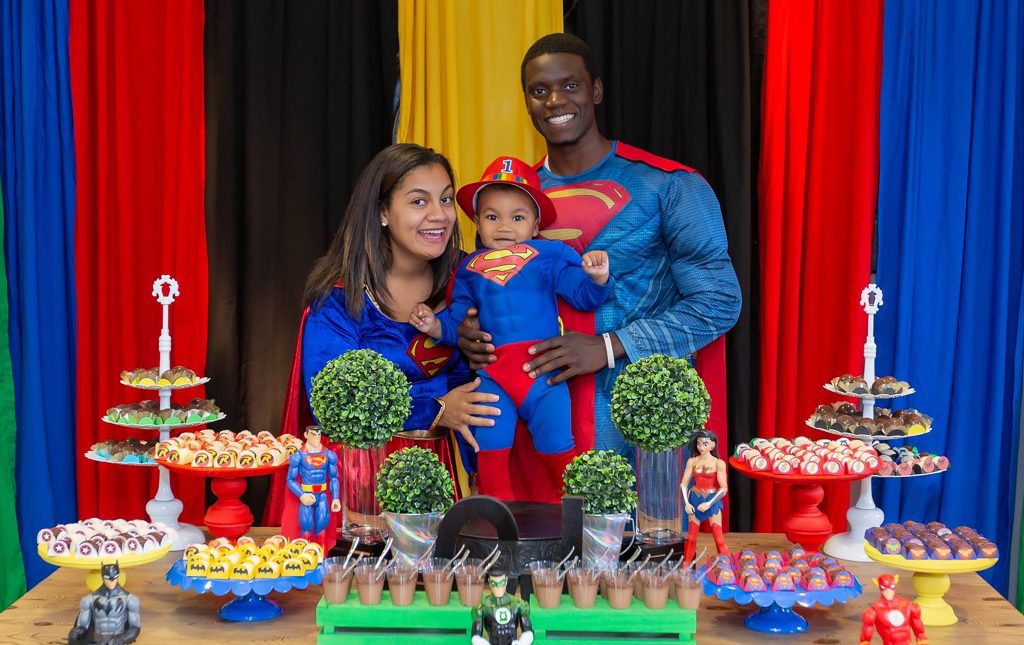 “I’m a little introverted, so I was worried to have the film crew come, but it was really relaxed,” says De Andrade, who didn’t know that Tutera would be joining the crew. “I’m such a big fan – I’ve always watched his shows. I was surprised at how easy it was to talk to him, though. He is really down to earth and easy breezy. He made it comfortable to open up.”

He was also very intuitive when it came to the wedding planning.

“He’s really good at understanding what you want without you even telling him,” De Andrade says. “When he asked me what my dream wedding would be, I was so unclear – I said I wanted something simple, but also glamourous. Right away, he said, ‘I know exactly what we’ll do! It’s perfect for you!’ He knew what I wanted better than I did!”

He also knows what she’s getting better than she does: Because the element of surprise is a big part of the show’s premise, since the couples don’t find out much about their big day before it’s actually happening.

In fact, De Andrade had to wear a blindfold at her dress fitting on Friday. And the couple didn’t know until a week or so before the wedding where to tell their 100 guests to go.

“They haven’t told us much at all, so it’s really exciting,” said De Andrade before the ceremony, adding that she knows from watching previous episodes that the show takes away the brides’ mirrors the day of the wedding, too. “It makes me nervous that I can’t see what I look like beforehand.”

Even more nerve-wracking: Everyone in America can!