With many of the first Jews on the continent settling in Charleston, there was a suggestion of featuring portraits of some of the first Jewish families in the South. Instead of hiring a curator, Rabin realized that the gathering of photos would be a perfect project for her Southern Jewish History course. 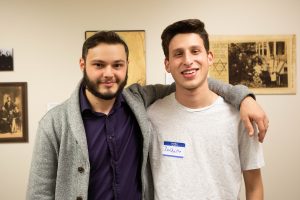 “I’m always thinking of new ways to engage students and get them excited about the work they’re producing,” says Rabin.

Each student selected a Jewish family portrait from a collection within the College’s Jewish Heritage Collection, and wrote a paper about the family depicted. Throughout the semester, students not only studied Jewish history in the South from 1880 to 1950, but also the history of photography. The Jewish Heritage Collection has a wealth of images to choose from, sparking the students’ curiosity.

“The students really got into it,” says Rabin.

For the final paper the students wrote a photo caption and introductory text complementing their respective photos, which Rabin compiled into the text that accompanies the exhibit “Picturing Southern Jews: Family Portraits from the Jewish Heritage Collection” now on display in the Jewish Studies Center. Local families, especially those with Southern Jewish roots, were invited to the opening reception last month, which further reinforced the Jewish Studies Program’s long-term goal of connecting town and gown.

The exhibit will remain up throughout the semester in room 305 of the Jewish Studies Center. 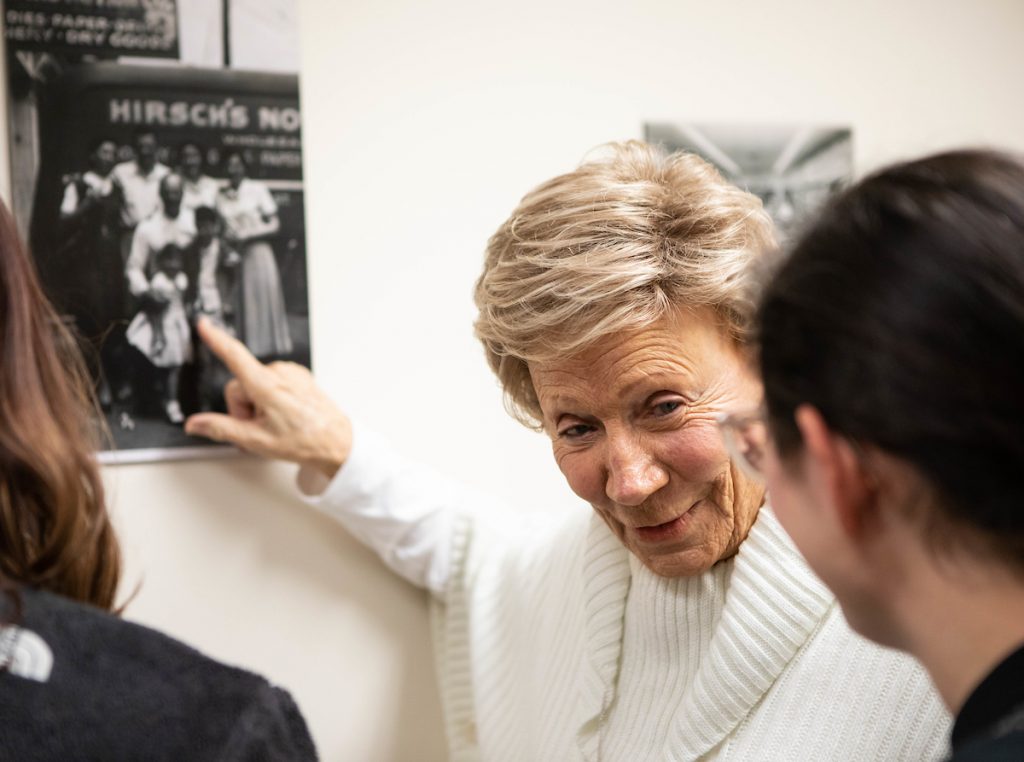 Betty Hirsch Lancer points to herself as a young woman in her family portrait.

Feature photo is of Susan Pearlstine. Photos by Taylor Krauser