Cougars Get Ready for CAA Tournament

The Cougars are now aiming for two in a row. 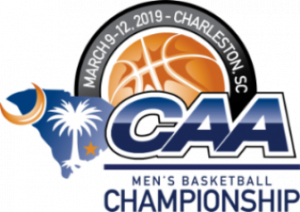 The Cougars will take on Drexel University in the quarterfinals of the CAA championship tournament at the North Charleston Coliseum beginning at 8:30 p.m. The Cougars enter the tournament as the No. 3 seed after finishing the regular season with an overall 23-8 record and 12-6 in conference play. The team closed out the regular season on March 2, 2019, with a win against UNCW, earning Head Coach Earl Grant his 100th career coaching victory at the College.

Drexel is the No. 6 seed in the tournament. They finished the regular season with a record of 13-18 and 7-11 in the CAA.

A victory on Sunday night could set up a Monday night rematch between the Cougars and Northeastern University. Last year, the two teams met in the finals of the CAA tournament. In that game, the Cougars rallied from a 17-point second-half deficit to capture the CAA championship with an 83-76 victory over Northeastern in overtime.

The winner of Monday’s game will advance to the CAA finals on Tuesday night.

Tickets for all of the CAA tournament games can be purchased at the North Charleston Coliseum Box Office or online at www.Ticketmaster.com.