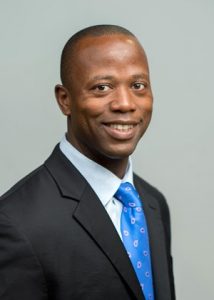 Grant led the Cougars to a 24-9 overall record for the 2018-2019 season, including non-conference victories over Rhode Island, VCU and Memphis. For the fourth-straight year, they led the Colonial Athletic Association in scoring defense holding opponents to 68.6 points per game. The Cougars fell to the North Eastern Huskies in the Colonial Athletic Association semifinals Monday, March 11, 2019.

The dynamic duo of senior forward Jarrell Brantley and junior guard Grant Riller were both named to the All-CAA First Team, while Riller was one of the top 20 scorers in the country averaging 21.9 points per game – second best in the conference. As a team, the Cougars were ranked as high as No. 7 in the CollegeInsider.com Mid-Major Top 25 Poll throughout the season and enter the CAA championship tournament as the No. 3 seed. They won 22-straight home games at TD Arena including 13 this season and are 39-6 (.867) at home over the last three years under Grant.

Named after the late Skip Prosser, who died suddenly in 2007, while the head coach at Wake Forest, the award is presented annually to those who not only achieve success on the basketball court, but who also display moral integrity off of it as well.

The recipient of the 2019 Skip Prosser Award will be announced on April 5 at the College Insider Awards Event, in Minneapolis, site of the 2019 NCAA Division I Men’s Basketball Final Four.