I Want Your Job: Vice President of Information Security at Netflix

Jason Chan ’97 is the vice president of information security at Netflix who leads the 60-plus person team responsible for corporate information security, product and application security, privacy engineering, infrastructure and more. Protecting the world’s largest streaming service, while developing half-a-dozen software patents in his eight years there, is pretty impressive, especially for someone who didn’t even major in computer science at the College.

The College Today asked Chan about his journey to becoming an information security leader and how his liberal arts education helped get him there.

Cyber security is a huge concern and getting bigger all the time. What’s the most challenging aspect of your work?

Allowing customers to continue to enjoy the service while being protected. What we don’t want people to worry about is the security of the service. We want them to worry about what they want to choose to watch that night. 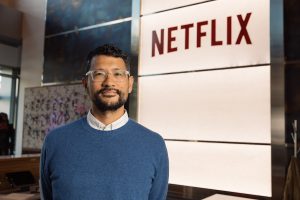 So, are you hanging out with celebrities and going to premieres all the time?

I don’t hang out with celebrities and have only been to one premiere, for Bright, which was one of our big feature films starring Will Smith in 2017. One of my most prominent memories is when our CEO, Reed Hastings, announced that we were creating the first season of House of Cards – one of our big original series that debuted in 2013. Up to that point, we had primarily been a distributor for others’ creative content. This was really our first big bet into making our own entertainment. I knew that was going to pretty significantly change Netflix, including the work that my team was doing. From a security perspective, we now had to worry about things like protecting plots, scripts, etc. against leaks, as well as content prior to release.

What are your favorite shows on Netflix?

I really like Bojack Horsemen because it’s just super creative, this animated world where animals and people live alongside each other, and Stranger Things because it reminds me of my own time growing up the ’80s, riding your bikes around the neighborhoods and dumping them on your friends’ yards. The creators just captured it so well.

The tech world is known for having some great perks, like cool offices with lots of free food. What is your favorite perk at Netflix?

Taking the company jet down to Los Angeles, where we have a big office. Not something I ever would have imagined doing, but it’s pretty neat. You feel like a celebrity, although it’s pretty small, especially for a tall guy like myself. 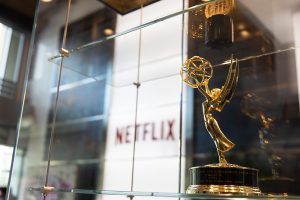 Why did you choose to attend CofC and how did it help you with your career?

Being kind of an introverted, shy kid, I think the College was really ideal for me, with the small class sizes and just the level of interaction with the professors. I grew up in Goose Creek, so it was a safer next step. I was able to develop my communication skills, primarily writing but also interpersonal and spoken. Those are certainly the skills you lean on most often as a leader. I highly recommend a liberal arts education. I don’t think you can go wrong learning about things like philosophy, literature and history. I know there is a lot of interest in things like STEM from a pure career perspective, but life is about more than just work. Not that you don’t want to think about your career, but there are many other things in this world.

How does somebody turn a degree in sociology into a career in cyber security?

I had earlier entertained thoughts of going into law enforcement, so I was kind of intrigued by criminal activity, and as I delved into sociology and understanding how humans work in more detail, it just really became more fascinating to me. A lot of us from earlier generations who work in computer security really started as hobbyists, just kind of tinkering with computers as kids and in high school. That kind of curiosity for technology and understanding how things work is really what drives a lot of people into security, because they want to understand how things work, but then, also, how can you potentially break things. About 10 years after college, I went back to graduate school to study computer information systems, with a focus on security, but by that time I’d already been working in the field for some time.

It seems like the key to your success is curiosity, whether it was how computers or how people work…

What I typically tell people who are still in college or still in school is that, if you think learning ends when school ends, you’re in for a surprise. And then, maybe a good or bad surprise, depending on your thoughts on learning. But to grow in your career and to grow as an individual, you have to keep an open mind and just be curious about the world.