Student Explores the Role of Activism Through Social Justice Grant

Allie Stern draws inspiration from occurrences that may glide by others.

For example, when the College of Charleston’s Race and Social Justice Initiative (RSJI) unveiled the first detailed report on the disparities in the lives of Charleston County’s black and white residents in 2017, Stern saw the need for a discussion forum on how different activists have responded to issues of inequality in Charleston.

“I felt we needed to have an uncomfortable conversation about the results,” explains Stern. “Social change doesn’t come out of comfort.” 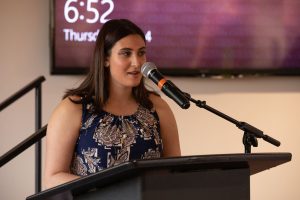 After hearing a presenter speak about racism and health at the American Public Health Association meeting in Atlanta in 2018, Stern’s desire to be a racial disparity activist grew to pursuing a career in the area of racial health disparities.

“Since my freshman year at the College, racial issues have cropped up, and each year the issue has been pushed under the rug and passed on,” says Stern, a public health major. “I decided to create a safe environment where uncomfortable issues could be addressed freely.” 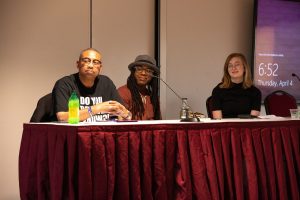 The event sparked interesting discussions, and as Dixon said, “If we reached one person, then we have made an impact and are increasing awareness that black lives have not mattered in Charleston, and that is an issue.”

Dixon’s words validated Stern’s efforts, but she thinks they reached more than one person.

“Both faculty and students appreciated the diversity of the speakers and how everyone is working toward the same goal,” says Stern. “I feel that by bringing people with different backgrounds and knowledge of racial disparities together, we were able to elevate the issue.”

Stern adds, “I personally learned that activism has to be intersectional and inclusive in order to make an impact. We have to give people a voice – and that also means a venue to share that voice. I just hope the conversation continues.”