In the wake of last month’s increased U.S. tariffs on Chinese imports and with the threat of new tariffs on Mexican imports, two College of Charleston business professors are closely monitoring the ongoing drama for its potential impacts on the global economy. 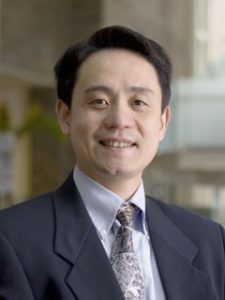 It’s a multifaceted issue, says Henry Xie, associate professor of marketing and international business in the College’s School of Business, noting there are many pieces and players involved in both the tariffs on Chinese goods and potential tariffs on Mexican products.

Mexico is among the top three largest trading partners with the United States along with China and Canada. Impacts from U.S. tariffs on Mexican goods would undoubtedly be felt on both countries. As of Friday, June 7, 2019, it appeared that any potential U.S. tariffs on Mexican goods had been suspended after Mexico agreed to strengthen security at the southern border to help with migrants wanting to come into the United States.

“The threat to increase tariffs on Mexican goods could have been very damaging to the Mexican-U.S. relationship,” says Xie. “While President Trump has repeatedly used tariffs as a threat to solve trade as well as political issues with other nations, it appears that President Trump is more likely to use the tariffs as a bargaining chip to solve a political issue in the case of Mexico.”

A drawn out trade war between China and the U.S., according to Xie, will have a profound impact on both countries. It’s a double-edged sword that eventually both sides will suffer from, although the Chinese will presumably see more serious damage to their economy, as the Chinese economy is more dependent upon the American market and technology.

Last month, the United States increased U.S. tariffs on $200 billion in Chinese imports from 10 percent to 25 percent. And the president has said he would consider adding another 25 percent tariff on remaining goods shipped from China if the two countries can’t resolve ongoing trade disputes. 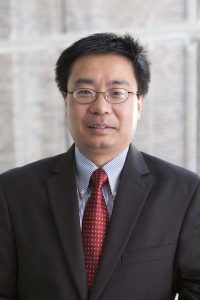 The impact of tariffs on Chinese goods on the American economy – and the cost to American consumers – will have short-term and long-term implications, says Weishen Wang, professor and chair of the Department of Finance.

For starters, Wang says U.S. importers pay the increased tariffs on Chinese goods first, when Chinese goods come to U.S. Customs. To maintain their current level of profits, U.S. importers can ask Chinese exporters to drop their prices (which could lead to lost jobs in Chinese factories) and/or they could pass the cost on to the American consumer by raising the price for those Chinese goods.

Although Trump’s goal is to bring back American jobs and improve the country’s trade deficit with China, Wang says it’s unclear whether it will play out that way.

“Facing 2020 re-elections, the Trump administration intends to use tariffs as tools to promote made-in-the-USA,” says Wang. “While some jobs will come back, they may come back with new changes such as automation of production lines. Or the U.S. businesses may simply select suppliers from other low-cost countries other than China. But whether other countries can provide such high volume products is another question.”

Xie worries that if the tariffs on Chinese goods remain in place without a resolution on the horizon there could be ripple effects outside of the two countries’ economies.

“A prolonged and continuous trade war will have a profound impact on both countries,” says Xie. “What I am concerned about is that a prolonged trade war is very likely to fuel the sentiment of nationalism and animosity toward each other in both countries. And this troubling trade relationship between China and the United States will unfortunately likely have far-reaching negative impacts on the global economy, geopolitics and beyond.”