June is Caribbean American Heritage Month – and, to celebrate, Carifest, Charleston’s annual celebration of Caribbean culture and heritage, is kicking off at the College of Charleston North Campus (3800 Paramount Drive, North Charleston, S.C.) on Thursday, June 20, 2019, from 6 p.m. to 9 p.m. 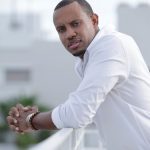 With the featured country for this year’s Carifest being the Virgin Islands, the Carifest Symposium and Opening Reception is free and open to the public and will feature a screening and discussion of Paradise Discovered: The Unbreakable Virgin Islanders by filmmaker and keynote speaker, the renowned journalist Peter Bailey.

“We’re now historical figures,” says Bailey. “It’s time for the world to understand that the people in these islands are as magical as the scenery.”

“The film should speak pretty directly to Charlestonians, especially those with memories of Hugo from 1989,” says Simon Lewis, professor of English and director of the Program in the Carolina Lowcountry and the Atlantic World at the College of Charleston.

Bailey – who not only has served as a staff writer for Time, Newsweek and The Miami Herald, but is also an author and the founder of NiteCap Media, a cutting-edge multimedia company known for producing the critically acclaimed NiteCap conversation series featuring A-list entertainers, business leaders and other newsmakers – has become a national figure throughout the Caribbean for his journalistic efforts after the storms. While building a makeshift roof, Bailey wrote the controversial New York Times op-ed “Has America Forgotten the Virgin Islands?” on which Unbreakable is based. The piece, along with subsequent interviews criticizing the U.S. government’s handling of the islands’ recovery, have since gone viral on social media. Thus far, the film has garnered rave reviews at various colleges and universities, including USC’s School of Cinematic Arts, University of Delaware and University of South Florida. Unbreakable has also been named an official selection at Indie Night Film Festival at the Chinese Theater located on the world-famous Hollywood Walk of Fame.

Bailey will also serve as grand marshal of the Carifest Carnival Parade on Saturday, June 22. All Carifest events – including the all-white fete, a Caribbean carnival and a musical food truck brunch – are open to the public. More information about Carifest is available here.