Alumnus Has a Stream Job

Jason Chan ’97 moves through the open, natural light-filled headquarters of Netflix with an athlete’s grace. Tall and lanky, Chan is escorting a CofC camera crew shooting B-roll and looking for photo setups throughout the four-building campus in Los Gatos, Calif., when they pass by a team of coders whose work is clearly visible on their big flatscreens. 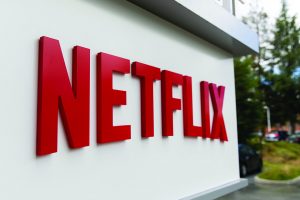 Most Silicon Valley tech companies won’t even let you bring a camera inside their offices, but Chan doesn’t seem the least bit worried. If he were any more chill, he’d freeze to death. This is the head of information security at Netflix, the largest streaming service in the world with 150 million subscribers?

Clearly, when you’ve been at a company for eight years and built up a 60-person division that is responsible for securing everything from customer data to original program scripts while also developing six software patents along the way, you don’t sweat the small stuff.

“The most challenging part of securing Netflix is allowing customers to continue to enjoy the service while being protected,” he says. “What we don’t want people to worry about is the security of the service. We want them to worry about what they want to choose to watch that night.”

Most of Chan’s team is based in Los Gatos, just south of San Francisco, but he’s got a crew down in Los Angeles that works closely with their production partners. Between all the free food and production paraphernalia from all its shows, the Netflix offices are pretty cool places to work. But the best perk is getting to take the company jet a few times a month down to L.A. 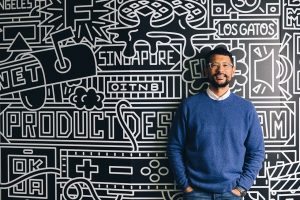 “It’s not something I ever would have imagined doing, but it’s pretty neat,” says Chan. “You feel like a celebrity, although the jet is pretty small, especially for a tall guy like myself.”

Chan’s two favorite shows on Netflix are “the super creative” Bojack Horseman, set in an alternate animated world where anthropomorphic animals and people coexist, and Stranger Things, because it reminds him so much of growing up in the ’80s in Goose Creek, S.C., riding bikes around the neighborhood with his friends and dumping them on one another’s lawns. Chan, a shy kid who liked to tinker with computers, never pictured himself as a major player living in the epicenter of the tech world.

“It’s been pretty amazing,” he says. “But it’s the curiosity to understand not only how things work, but also how can you potentially break things that really drives a lot of people into security.”

That curiosity extended into many other areas, which is why he chose to major in sociology at the College, where he loved the small class sizes, intimate level of interaction with the professors and the beauty of the campus, which he still likes to walk through on visits home.

“At CofC, I was able to develop my communication skills, which are the skills you lean on most often as a leader,” he says. “I highly recommend a liberal arts education. I don’t think you can go wrong learning about things like philosophy, literature and history. I know there’s a lot of interest in things like STEM from a pure career perspective, but life is about more than just work. Not that you don’t want to think about your career, but there are many other things in this world.”

Starting with Blackbaud, where he met his wife, Ana Candela ’96, a sociology professor – and then at the Naval Space and Warfare Systems Command, Chan worked in the cybersecurity field for almost a decade before going to graduate school at Boston University to get a master’s in computer information systems. But his love of learning continues today.

“I often tell college students that if you think learning ends when school ends, you’re in for a surprise,” he says. “Maybe it’s a good or bad surprise, depending on your thoughts on learning. But to grow in your career and to grow as an individual, you have to keep an open mind and just be curious about the world.”

One other piece of advice: Stop sharing your Netflix password!