It might only be the first week of school, but six CofC freshmen already feel right at home. No, they don’t quite fit in like they used to as young children on the College’s N.E. Miles Early Childhood Development Center (ECDC) playground – but, as they all agree, you never outgrow the College of Charleston.

“I spent the first years of my educational career at ECDC,” says freshman Sophia Bernstein, who – as the daughter of associate professor of biology and associate dean of the Honors College Beth Meyer-Bernstein – attended ECDC as a child. “I remember how colossal the rosemary pots on the playground seemed to be and how dizzy the tire swing made me feel as I hobbled off giggling. I remember the woody smell of the cubbies that followed me through the school.

“Twelve years later,” she continues, “I feel as though I’m coming home victoriously from a grueling journey. I’ve been away from the College of Charleston for more than a decade. Nonetheless, this campus is home to the beginning of my educational career, so it is only fitting for me that I celebrate the finale of my educational career here as well, like one big cycle. I’ve finally come back to my roots.” 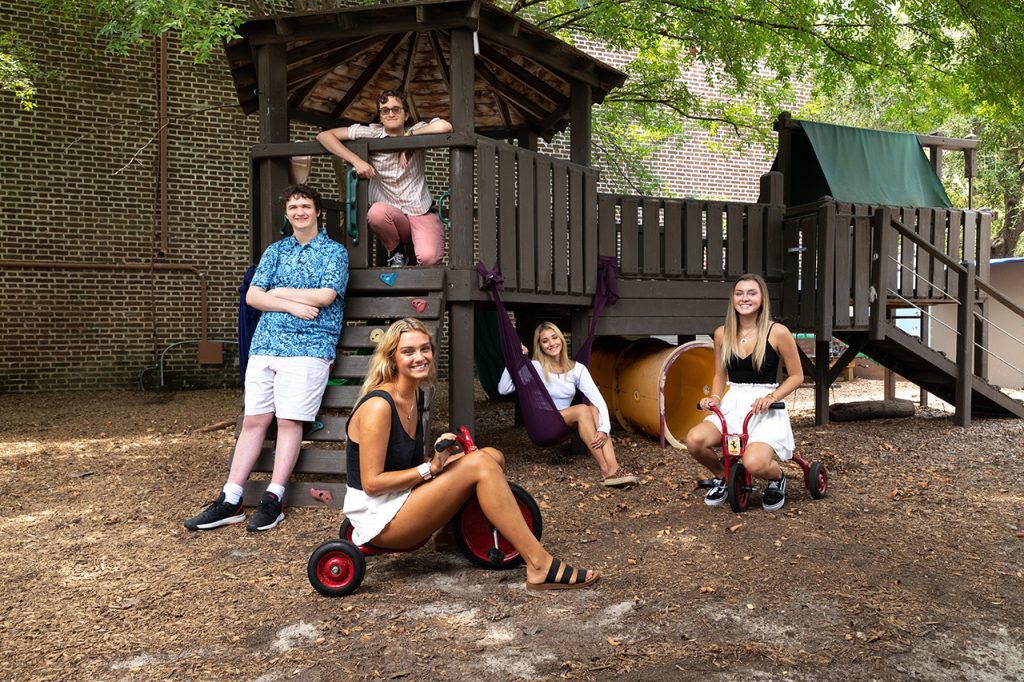 Bernstein is one of six students who graduated from ECDC together and are now attending the College as members of the Class of 2023. In addition to Bernstein the students include Catlyn Johnson, Ann DuBose “Bosie” Stalvey, Holland Keller, Kennedy Ross and Hewes Robertson.

Founded in 1974 as the demonstration program and laboratory school for the College’s School of Education, Health, and Human Performance, ECDC is a nationally accredited program that enrolls children age 2 through kindergarten from the CofC and general community. Striving to be an active model of child advocacy in the Charleston community, ECDC provides a supportive environment and resources for parents; a research, observation and practicum facility for College of Charleston students; and quality care and early education for children.

“My time at ECDC was so impactful,” says Bosie Stalvey. “I believe my experiences there and the time I spent on and around the College of Charleston campus make it feel like home to me.”

“I appreciate that the teachers at ECDC taught me to think critically at a younger age than I might have been taught at another preschool and kindergarten,” says Holland Keller. “I’ve grown up on the CofC campus and, while I considered other colleges, I think being a CofC student has always been my plan.”

It felt like a natural step for Hewes Robertson, too: “Although my mom seems to think it is surprising that I’m coming to CofC as a student, it feels completely normal to me.” 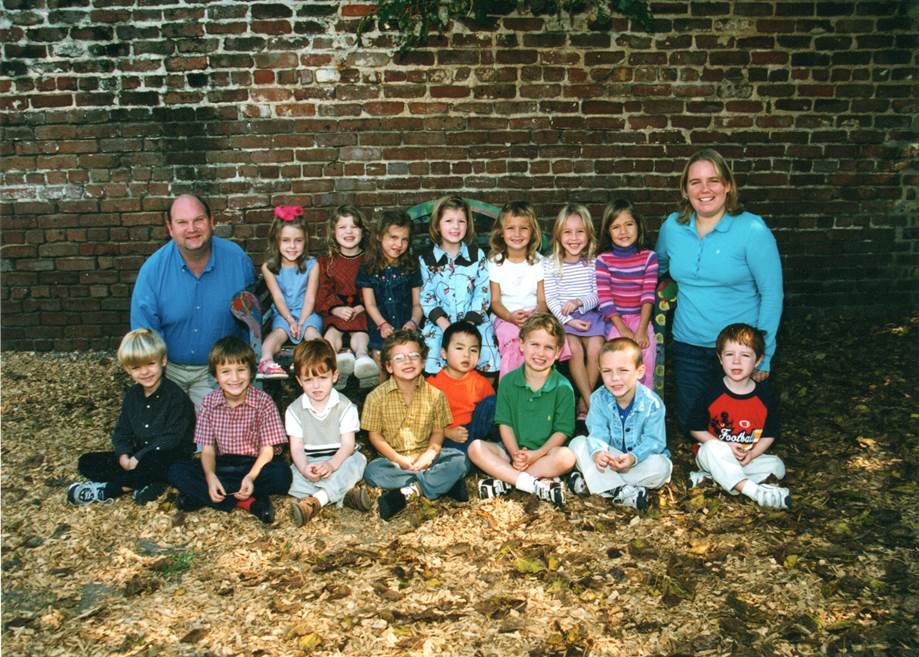 “It’s amazing to me that these six kids have grown up and are coming back to CofC. I can’t wait to see all they accomplish,” she says, adding that she is grateful for the skills Hewes learned from his ECDC teachers, three of whom – Phyllis Gates, Stephanie Johnston and Mary White – are still master teachers there. “He was taught to think and question and explore. That ability to think, not just to memorize or be still in a desk, has really followed him throughout his subsequent school years.”

“It was the perfect environment for Holland,” concurs Page Keller, director of the Center for Excellence in Peer Education. “She had the opportunity to interact with a diverse community, where teachers allowed her to learn and grow at her own pace, never forcing her into a prescribed mold. She was able to develop a sense of community and, more importantly, she began developing a keen awareness of other people’s personalities and needs. That early learning experience provided a sound foundation.”

Lisa Ross, Kennedy Ross’ mother, echoes this: “Kennedy’s early years at ECDC provided a foundation for learning how to treat others with kindness,” says the psychology professor. “The teachers and staff were wonderful and created an environment that encouraged curiosity and a love of learning.”

“The environment is filled with love, encouragement and acceptance,” agrees Bosie’s mother, RoxAnn Stalvey, associate chair of the Department of Computer Science. “Bosie greatly enjoyed her time there and gained an early appreciation for learning through inquiry as well as an appreciation for the College’s campus.”

And it’s that appreciation that has brought these students back to where it all began.

“I’m excited to come full circle. It’s a great feeling to be able to come back and walk around on campus just like I did with my parents more than 12 years ago,” says Kennedy Ross. “I know my next graduation will not be in the back of the Stern Center, but after taking four years of schooling here before, I’m excited to do it again.”