CofC Podcast: Bernard Powers on the Life and Legacy of Denmark Vesey

When ground is broken this week on construction of the International African American Museum along the banks of the Cooper River in downtown Charleston, it will mark another significant milestone for a project nearly two decades in the making.

It was 2000 when then-Charleston Mayor Joe Riley announced his vision for a museum dedicated to sharing and interpreting the experiences and accomplishments of Americans of African descent. Slated to open in late 2021, the museum will be built on the former site of Gadsden’s Wharf where a significant percentage of the enslaved Africans forcibly brought to North America arrived in Charleston aboard slave ships.

Bernard Powers, the museum’s interim CEO and director of the College of Charleston’s Center for the Study of Slavery in Charleston, knows all about how important projects sometimes progress slowly toward fruition. 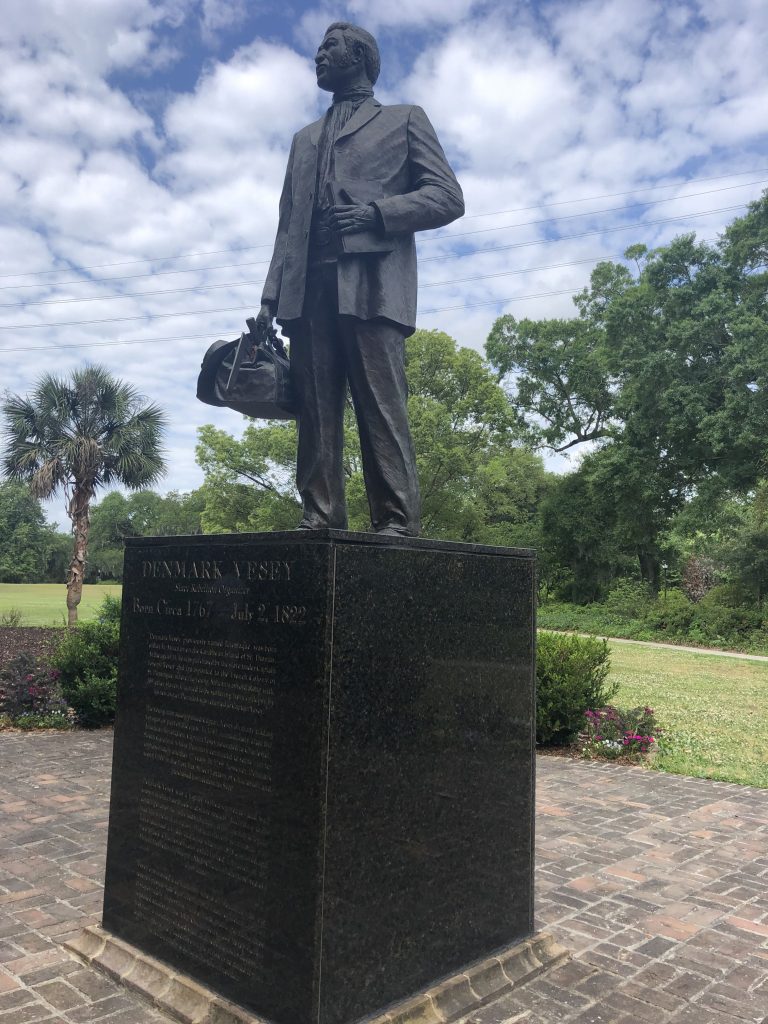 Powers taught history at the College from 1992 to 2018 and was a member of a citizens’ group that spent nearly 20 years pushing through a plan to erect a public monument in Charleston honoring Denmark Vesey. A former slave who bought his own freedom with winnings from a city lottery, Vesey was hanged in 1822 for his role in organizing an insurrection that sought to liberate other enslaved people. The rebels reportedly planned to arm themselves and set fires throughout the city before seizing ships and escaping to Haiti, killing any whites who stood in their way.

Although Vesey’s plot was foiled before it could be realized, his selfless actions made an enormous impression that continues to reverberate nearly 200 years later.

“He was very unusual in that one typically would not have found a free black who had something to lose – a lot to lose – risking what he already had to organize an insurrection among slaves,” says Powers. “He was obviously a self-sacrificing man and pledged it all to the freedom of other people.”

Following the establishment of the Denmark Vesey and the Spirit of Freedom Monument Committee in 1996, Powers and the other members of the committee encountered and overcame one hurdle after another before the monument was finally unveiled in 2014 in Charleston’s Hampton Park.

Negative public opinion about Vesey and his plot stymied the committee’s efforts for years. One of the most heated battles stemmed from a proposal – one that was ultimately rejected – to install the Vesey monument in Charleston’s Marion Square.

The resistance to the monument did not come as a surprise to Powers and others who were familiar with an earlier effort to memorialize Vesey in Charleston. In 1976, Riley, then in his first term as mayor, commissioned a painting of Vesey to be installed in the city’s Gaillard Auditorium.

“I happened to be in Charleston as a graduate student,” recalls Powers. “And if you were reading the newspaper at the time, the opinion columns and the letters written to the editors virtually unanimously denounced this idea of placing a painting of a man who was repeatedly described as a murderer and a genocidal maniac.” 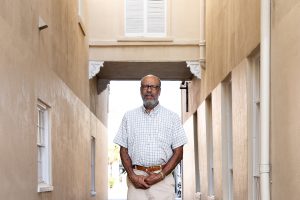 Bernard Powers, interim CEO of the International African American Museum, says that at least one of the museum’s exhibits will recognize Denmark Vesey.

Given that Powers has devoted many years of his professional life to not only researching and lecturing about Vesey, but also battling government bureaucracy and racism to publicly recognize Vesey’s story, he is both proud and confident that there will be a place inside the museum recognizing a man he considers to be one of America’s great freedom fighters.

“Given the nature of who he was, what he attempted to do, there’ll be some focus in at least one exhibit that will touch upon his life and the consequences of what he did,” says Powers. “I hope that the young people who visit this [museum] will have an appreciation for people like Denmark Vesey as freedom fighters, cut from the same cloth of George Washington, Patrick Henry, and Thomas Jefferson and men of that ilk who pledged their lives for an ideal larger than themselves.”

So who was Denmark Vesey and why have past efforts to recognize his life met with controversy and resistance in Charleston? To answer these questions, the College of Charleston Podcast takes a journey with Powers to several locations in downtown Charleston that help to tell the story of a man who, in an attempt to free others from slavery, risked his own freedom and ultimately gave his own life.

Bringing this trend back for Clyde 🫶🏼 #cofc