To find out more about the fourth one at the end of the Triassic Period 201 million years ago, which cleared the way for the dinosaurs, senior geology major Clara Meier accompanied one of her geology professors, Teddy Them, and an international team of leading researchers to Alaska’s Chitistone Mountain.

“Not only was there a mass extinction of land animals, there was also a mass extinction of marine animals,” says Them. “The idea is that during rifting of Pangea, a lot of magmatic material might have risen up and cooked organic matter, putting a bunch of greenhouse gases into the atmosphere. We can reconstruct the Earth system feedbacks related to this hypothesis by analyzing the chemistry of the Chitistone rocks.” 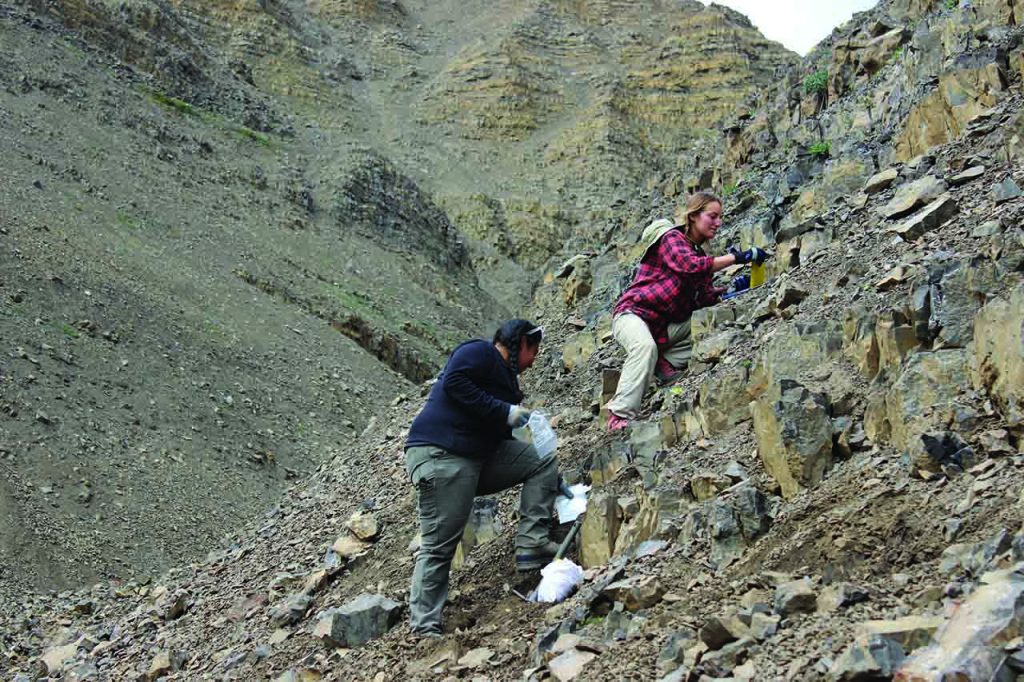 Meier and another researcher collect Jurassic limestones deposited after the end-Triassic mass extinction event. (Photos by Teddy Them)

Weather delays turned their two-week camping trip into an eight-day one, but once they got there, the weather – and rock collecting – couldn’t have been better. A bush plane swooped in between the peaks and dropped them off on a grass field halfway up Chitistone, which is located in Wrangell-St. Elias National Park and Preserve east of Anchorage.

After lugging all their gear to their camping site high up on the mountain, they began looking for fossils of ammonites, an ancient squid-like organism, on 2,000 feet of mountainside. Ammonites are important because they survived the mass extinction and can pinpoint the age of nearby rocks.

“Parts of the mountain were just littered with these 200-million-year-old fossils,” says Meier. “You’d just be walking and go, ‘Oh, there’s one, and there’s one!’”

They wound up carting out 300 pounds of rocks, which they’ll now study for clues.

“It is amazing to get to do this as an undergrad,” says Meier. “I didn’t think Teddy was serious when he first mentioned it. Just being able to work beside all these different experts my first time in the field was incredible. It was just really cool to see all the different paths you can take in geology, as well as how much they loved their work.” 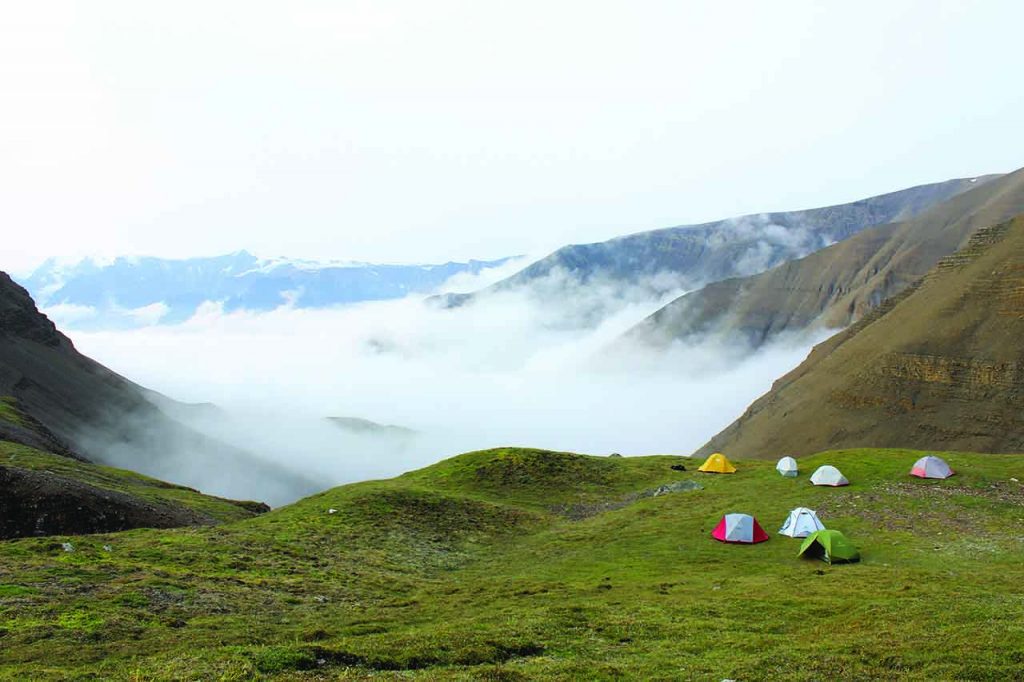