Bee Research is Combing for Answers

The decline in honeybee populations has created some serious buzz over the last decade – and not just among farmers and backyard beekeepers. Many scientists have been bitten by the same bug. Among them is junior biology major Matthew Magee, who – with a Summer Undergraduate Research with Faculty (SURF) grant – spent last summer working with biology professor Agnes Ayme-Southgate to investigate the B52 protein in honeybee flight muscles.

Magee, an Aiken fellow in the Honors College, explains that, in a honeybee hive, necessary tasks such as cleaning and finding food are divided between different individuals. Most jobs inside the hive are accomplished by the worker nurses, who are not active fliers. Based on the needs of the hive, the nurses may transition into foragers, whose job is to find food and bring it back to the colony, and, therefore, must be able to fly. Major changes occur to allow flight – including muscle protein modifications that involve a shift in isoforms, a process called alternative splicing. To better understand the bees’ transition, Magee looked at the difference in alternative splicing factors between nurses and foragers and determined which factors were turned down or overproduced during the transition. 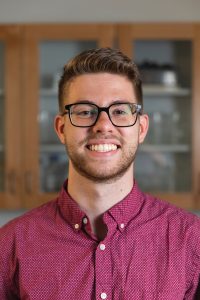 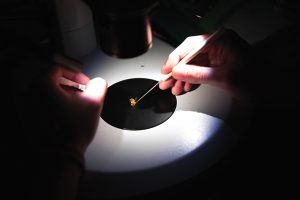 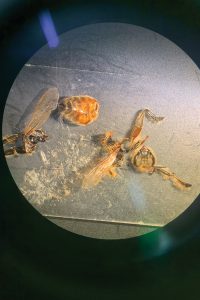 And the more understanding we have of bees, the better.

“This research is important because bees are a crucial part of the agriculture industry,” says Magee, noting that honeybees support the production of 87 of the leading food crops worldwide. “Without them, it would be much harder to pollinate and produce many of the foods we find in the grocery store.”

Indeed, we’d all feel the sting in a world without bees.