By Darcie Goodwin|2020-02-25T12:55:47-05:00January 29, 2020|All News, Campus Life|Comments Off on Founders’ Medal Bestowed on CofC, SC Changemakers
On the 200th anniversary of the chartering of the College of Charleston, President Harry McKinley Lightsey Jr. initiated the College of Charleston Founders’ Medal Award. It is the most prestigious award given by the College to individuals and organizations with demonstrated distinction in the fields of education, science, government, business and the arts, or through exemplary accomplishments as leaders and outstanding citizens of the community. As we celebrate the 250th anniversary of the College’s founding on Jan. 30, 1770, it only makes sense that we recognize people and organizations that have made a profound impact on the institution and the state as a whole. That’s why this Thursday, Jan. 30, 2020, on CofC Day, the College will present a certificate and bronze medal inscribed with the College seal to three entities that have made a profound mark on the College’s history and thus helped shape its future. RELATED: Learn more about CofC Day and how you can celebrate the College’s past while helping to write its future. Lucille Simmons Whipper, Spoleto Festival USA, and Julius Waties Waring have made an enormous impact on the College of Charleston and their legacy will continue for years to come. They join 35 others who have received this prestigious recognition from the College. The Founders’ Medal recipients are: 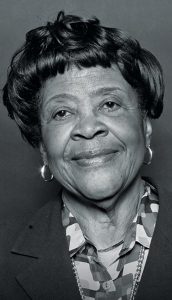 Lucille Simmons Whipper: Lucille Simmons Whipper has been an activist since high school. As a senior at the Avery Normal Institute, she and her classmates applied to the College of Charleston in order to integrate the school and were denied. She went on to earn degrees in economics and sociology at Talladega College in Alabama, where her fervor for the civil rights movement grew. In fact, upon her return to Charleston, Whipper became involved in registering voters to participate in the Democratic Primary that Judge J. Waties Waring (Class of 1900) had opened up to African Americans in his court ruling. In the 1970s, College of Charleston President Ted Stern hired Whipper to direct the College’s Head Start program and to develop diversity programs at the institution. She also played an instrumental role in seeing her alma mater, the Avery Normal Institute, join the College of Charleston. Through her efforts, the Avery Research Center for African American History and Culture opened its doors at the College in 1990. In 1985, Whipper became the first African American woman to represent Charleston County at the S.C. Statehouse, winning District 109. While in office between 1986 and 1996, she was a fierce advocate for women and minorities. Whipper’s passion for civil rights led to transformational changes not only at the College of Charleston, but throughout the State of South Carolina. 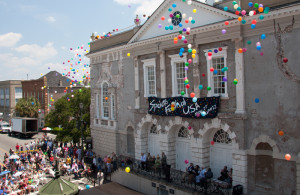 Spoleto Festival USA: On May 25, 1977, Charleston Mayor Joe Riley, College of Charleston President Ted Stern and others kicked off the opening ceremonies for the inaugural Spoleto Festival USA in the Cistern Yard. Since then, the College of Charleston’s students, faculty, staff and alumni have been involved in virtually every aspect of the annual international arts festival and its regional complement Piccolo Spoleto – from stage production and performances to administration, venues and housing logistics. Having a world-renowned arts festival in the College’s backyard has been especially beneficial for students majoring in arts-related fields who desire immersive experiences that can serve as a springboard to their dream jobs. 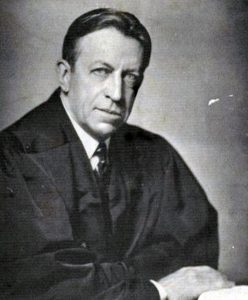 Julius Waties Waring Class of 1900 (1880–1968): After graduating with honors from the College of Charleston, where he was a member of the literary society as well as a member of the Greek community, Julius Waties Waring went into law and worked his way to become the U.S. district judge for the Eastern District of South Carolina from 1942 to 1952. As a federal judge, he ended racial designations on juror lists and other traditionally accepted discriminatory practices within his court. Waring ruled in favor of equal pay for black and white public school teachers and struck down rules of the South Carolina Democratic Party limiting membership and participation in the party’s primaries to white voters only. Many consider Waring’s greatest legacy his vigorous dissent in Briggs vs. Elliott in 1950, in which he became the first judge to contend from the bench that “segregation is per se inequality.” His dissent ultimately led to the landmark decision in Brown vs. Board of Education in 1954, which led to the desegregation of public schools. Thanks to Waring’s activism, South Carolina’s racial relations were forever changed.