Biology professor Heather Spalding understands if you think her research is, well, a little gross.

When she tells people that she studies algae, most think of the scum that grows on the sides of fish tanks or the slimy green globs that appear on the surface of a pond. But the fact is the algae that Spalding studies is the type of algae that grows in deep sea environments called mesophotic reefs.

Recently, Spalding and other researchers were diving off the coast of Hawaii, when they discovered many never-before-seen species of deep sea algae. Their research was documented in a Hawaii PBS program called Voice of the Sea. That program will be released on YouTube on Wednesday, Feb. 5, 2020 at 3 p.m. EST. During the video release, you can live-chat with Spalding and her colleagues on YouTube. 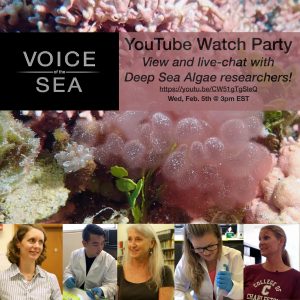 The College Today recently spoke with Spalding about her work with algae and why the prolific slimy aquatic plant should get more respect.

What got you interested in the study of algae?

My first exposure to the study of algae was my sophomore year in college, when I took a class in phycology (the study of algae, or seaweed). I was a marine biology major, but I wasn’t sure what topic I wanted to study yet. I decided to take phycology as an elective, and it changed the course of my life. The phycology class opened up my eyes to the diversity of seaweed species in the ocean, and helped me to recognize their importance as a habitat for other organisms, food and primary producers. Algae are awesome! I teach a phycology class here at the College of Charleston, and show students how to make their own algal pressings (herbaria), recognize and identify algae in this area, and learn about the diversity of algae from single-celled phytoplankton to 100-foot-long giant kelps.

How did you get involved in this research project? 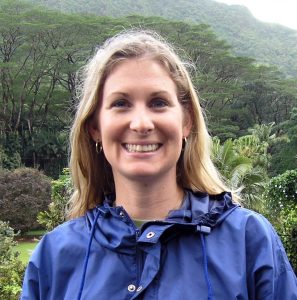 I became interested in deep sea seaweeds from my interest in scuba diving. I was doing a dive at 100 feet in California one day, and noticed a seaweed I’d never seen before. When I collected it and brought it to an algal expert to identify, they said they’d never seen it before! This piqued my interest in learning about the diversity of algae in deep water, or mesophotic, environments. Most of our understanding about coral reef communities and diversity is from depths less than 100 feet. However, in areas with clear water, over 80 percent of the coral reef habitat occurs below this depth. This means we actually know very little about these coral reefs, such as how they vary from shallow reefs or how they are being impacted by global climate change. With access to advanced diving techniques, submersibles and remotely operated vehicles, we can now explore and collect organisms across the entire photic system.

What did you discover?

The research from the TV show is the result of over 15 years of mesophotic algal collections from across the Hawaiian Archipelago. My colleagues and I have a National Science Foundation grant to use molecular and morphological techniques to describe these deep water algae based on differences in their DNA and their tissue structure under the microscope. We’ve found that many of these algae are new species to science, or new records for Hawaii. We’ve even discovered new genera of algae in these deep waters.

What do you hope viewers take away from watching this video?

Overall, I hope that viewers take away that we are still in an age of discovery, with new species of macroscopic organisms, like seaweeds, being described in the ocean. These deep water environments are islands of biodiversity that need to be studied and protected, particularly as global climate change (such as increased water temperatures, increased hurricane intensity and sea-level rise) ravages shallow coral reef ecosystems around the world.