I Want Your Job: Data Analyst at American Medical Association

As a biology major studying abroad in Spain, Alanna Berdanier ’13 learned the value of bringing cultural perspective to the sciences. As the president of Zeta Tau Alpha, she learned the power of leading by example. And as a graduate of the College of Charleston, she learned that she had it within herself to go after a career in public health – and to dig deeper, learn more and always find the best possible information.

Now, she’s using all of that confidence in her job as a data analyst with the American Medical Association (AMA), where she works to bridge the gap between health data and the people who use it by providing the most comprehensive, best quality data available – and using data like it’s never been used before.

The College Today caught up with Berdanier to talk about her time at the College, her job at the AMA in Chicago, and how access to data is changing the face of health care for physicians and patients alike. 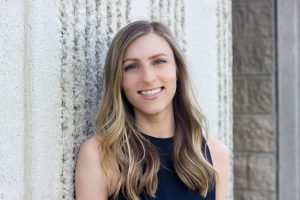 How did you go from being a biology major to working with data?

It seems like a pretty big leap, but, actually, after I attended the College, I went on to get my master’s in public health, concentrating in epidemiology. So, I brought my background of science and that knowledge into exploring data further. When I graduated with my master’s, I decided to pursue careers looking at data, especially data surrounding health. And that’s what brought me to where I’m at today.

What do you do at the American Medical Association?

I work closely with our master file data, which is the large depository of data housed at the AMA. Within this, I work closely with data quality, as well as ensuring the flow of data through our systems: Everything is happening properly, everything is getting where it needs to be and we’re providing the best quality data that we have.

What’s your favorite part about your job?

My favorite part is helping people better understand data and providing them with the most accurate, highest quality data out there. I think a lot of times data is really useful in today’s world, but only if it’s available and understandable to the people who need it. So, bridging that gap between the data and the people who use it is my favorite part.

What’s the biggest lesson you learned at the College that you still apply to your work today?

Just not being afraid to go after things. Going into college, I was very nervous, but leaving, I had a confidence that I didn’t know I possessed until those four years were over. It taught me to be able to handle multiple different situations and to walk into anything with confidence. It really helped boost my confidence and make me feel like I was prepared to take on the next step. Having that confidence coming into a role like this has been tremendously helpful.

Why did you decide to go into public health?

So, growing up, I kind of wanted to go into the medical field and saw myself working as a doctor or something of that nature. And then, through my study of biology and the different classes I took at the College, my eyes were opened to the aspect of public health and the aspect of taking a step back and stopping things even before they get to the realm of needing a doctor. So basically prevention as the first step – and that’s the soul of public health. I saw that as an opportunity to kind of go in a different direction, but still be close to what I was hoping to accomplish with my career.

What are the particular skills that today’s CofC graduates need in order to succeed in public health?

What advice would you give to College of Charleston students?

Keep your eyes open to any possibility. Be open and willing and ready to take on anything, even if it’s not necessarily what you’d planned to do. Get involved, do whatever you can. Find groups within your major, friend groups outside. And take advantage of exploring the beautiful city. I don’t think you could dream of anywhere better to go to college.

What are some of the lessons in leadership you’ve learned from being president of your sorority?

Through that experience, I learned a lot of skills in leadership. Most importantly, I think it comes down to leading by example. I found the best way to connect with people is to also put yourself in their shoes and to also do what you’re asking of them.

What was your favorite part about being at the College?

My favorite part about being at the College was probably just the friendships that I made while I was there. And again, being able to live in the beautiful city of Charleston for four years. I don’t think you could ask to go to a more picturesque, beautiful campus. And the people you meet and encounter there will be with you throughout your entire life. I think that’s something that’s really special.