You might not think drinking a bloody mary would be a charitable thing to do, but when it’s made with Charleston Bloody Mary Mix, you are supporting the College of Charleston.

“The College has had such a great impact on my life and is such a big part of the city that it felt right to commemorate this historic moment in time,” says Eleuteri. “After all, the College is a big part of what propelled my business to where it is today. It’s an honor to share my pride in the College through my brand.”

The promotion at Harris Teeter grocery stores will run through May 1, 2020, at the following locations in the Charleston area:

Eleuteri has always loved a good bloody mary. In 2009 when his favorite brand was out of stock, he decided to create his own version.

“I created a recipe and started selling to restaurants,” says the political science major. “They made initial orders, but they were not rebuying it. It was tough to learn you have an ugly baby.”

Enter Boris Van Dyck ’99 and Jackson Holland ’15, both longtime veterans of Charleston’s food and beverage scene. Eleuteri brought them on board to help create a new version of the mix. 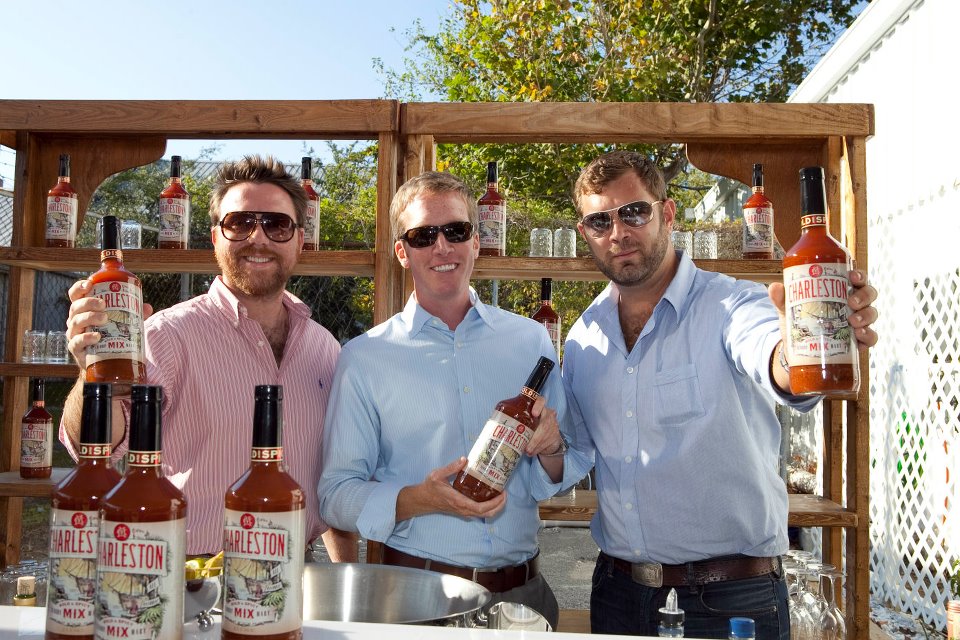 It took the new team about nine months to create the recipes that are used today – the flagship ‘Bold & Spicy’ and the newer ‘Fresh & Veggie.’

“Every few weeks, I would go to Total Wine [in West Ashley] and conduct a blind sampling against our top competitors for four hours,” says Eleuteri. “I kept at it until we had a 75 percent favorable response for our recipe. That’s when we locked it in.”

It’s one thing to fine tune your recipe. It’s another to get people to try your brand again. After all, how often do people try something, not like it and then try it again?

Eleuteri turned to two downtown Charleston agencies, Hook, a creative agency, and Obviouslee, a marketing consultancy, which both employ many College of Charleston alumni. He also connected with Justin McLain ’98 at the 2010 Fall Alumni Weekend gala and later asked him to serve as an advisor, to which McClain agreed.

“We were still in the creative and marketing development stage when the team at Obviouslee told me that we should submit our mix for Garden & Gun magazine’s Made in the South awards,” says Eleuteri. “I hand brewed a batch and threw it in some bottles, while Hook’s staff printed off our newly designed labels. We glued the labels on, and ran down to the nearby hair salon to shrink wrap the safety band around the cap. When I dropped off the bottles at Garden & Gun, they were still hot.”

All the hard work paid off when Eleuteri received a call from Garden & Gun that the mix would be featured in the upcoming issue of the magazine and that he should be ready for an uptick in business. Not only was his product featured, his Charleston Bloody Mary Mix was awarded Best Food Product in the South for 2011.

“That was our turning point,” says Eleuteri, who credits many alumni and friends of the College for where he is today.

Today, Charleston Blood Mary Mix is available in 17 states. According to Nielsen sales rankings, in 2019, the mix was the No. 5 best-selling bloody mary mix in the country and the No. 1 selling craft mix.

Purchase this and other 250th anniversary items at 250.cofc.edu/celebrate/ (scroll to the bottom to view items for purchase).