The College produces an astounding number of alumni who go on to have great careers the world over, many of whom return to campus to share their stories with students. But how many graduates are able to let students actually experience their success? 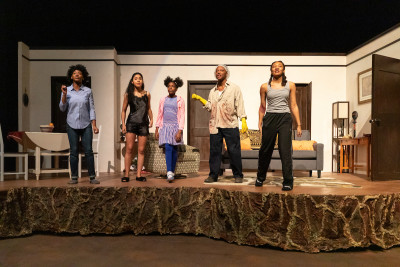 Not many, but Donnetta Lavinia Grays ’99 is the exception. The Brooklyn-based actress, whose credits include Broadway, film and network television series like Law & Order, is an award-winning playwright, and the Department of Theatre and Dance is staging one of her plays, Last Night and the Night Before, as part of its family-focused slate of productions this season.

The Southern coming-of-age tale, which had its world premiere at the Denver Center for the Performing Arts in February 2019 (“The roles she’s written here feel like a gift from one performer to another,” raved The Denver Post), will have five performances from Feb. 22–28, 2020, at the Emmett Robinson Theatre.

“It feels like the play is coming home,” says Grays, who plans on attending one of the performances. “It means more to me than just about anything. You spend so much time putting the way that that we speak, our little southernisms, on stage, and then to have it be held in the place where my heart sits, it’s fabulous.”

The director, Nakeisha Daniel, is also an old friend from Brooklyn who moved to Charleston recently and was involved with the development of the play, so that makes it even more special.

“I love the language of the play, how it is unapologetically black and Southern, and its universal themes of love, family and sacrifice,” says Daniel. 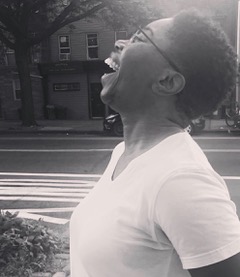 The play centers around a young girl named Sam, whose mother drives her from Georgia to Brooklyn in the middle of the night. Just why they’re on the run is left unsaid. The mystery arose in large part because Grays herself didn’t know where the journey would take them ­– or her. She had just written a very cerebral play centered in the art world and wanted to get back to the Southern comfort of language she was familiar with from growing up in Columbia, South Carolina.

“My heart just kind of started to spill out,” she says. “I kept writing myself into these corners, and that was exciting because I didn’t know what was going to happen, so that kept me on my toes.”

Although there are parts of Grays in every character, the story is not autobiographical. But if Grays were ever to write a coming of age tale about herself, the College would play a major role.

“It’s where I really honed my skills as an artist and actor,” says Grays, who was a theatre major at the College. “It’s where my passion grew. I had mentors there, most notably Joy Vandervort-Cobb. I graduated with Janine McCabe ’99 [the chair of the department], so everyone I love is still there. I feel like I’m still there in a lot of ways.”

Vandervort-Cobb, in fact, did a staged reading of an earlier draft of the play after it took top prize in the 2015 Todd McNerney Playwriting Festival, but she takes issue with being called a mentor. 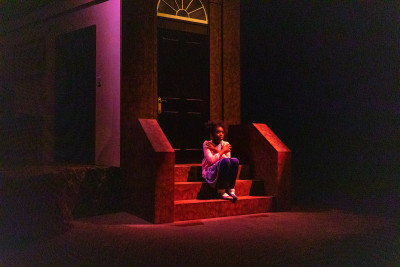 “I’m a mentor of hers simply because I’m the oldest in the relationship,” she says with a laugh. “Trust that I’ve learned as much from her as she has allowed me to teach. Driven, focused, collaborative and kind, this young woman is a role model for so many. Just the thought of her makes me smile broadly. She is, quite simply, a gift. She is one of the warmest, most loving, and gifted human beings that I have ever had the pleasure of sharing space with.”

Grays has now written seven full length plays since finishing graduate school at the University of California, Irvine, where she earned an M.F.A. in acting in 2002, as well as a number of shorter ones and reams of poetry. She’s currently making her Off-Broadway debut starring in a one-woman show she wrote, Where We Stand, about a man who has to ask a town – the audience – for forgiveness.

“The lights are up, so there’s no fourth wall,” she says. “I’m really in conversation with the audience. It’s one of the hardest and most exhilarating things that I’ve done. It just takes out all of the artifice. I really have to engage with the audience in real time.”

Whether at CofC or Off-Broadway, Grays certainly knows how to give audiences an experience to remember.

Tagged with: alumni • department of theatre and dance • school of the arts • theatre performance