Baseball is known as America’s pastime. On fields across the country, kids grow up dreaming of playing professional baseball. They spend years in tee ball, travel ball and on JV or Varsity teams with the hope of making it to college, and maybe even the big leagues. Unfortunately, the odds are slim. Only 6.4 percent of high school players go on to play in college.

Tom McCarty ’04 is one of those lucky few. He came to the College of Charleston in 2000 and played for three seasons with the Cougars before injuries took him out of the game. Looking back, McCarty says those years were some of the best of his life. The friendships he made remain strong and are part of the reason he continues to support the baseball team with time and money. 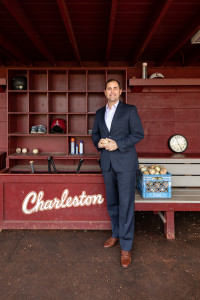 “Between travel expenses and equipment, it’s expensive to manage a baseball team,” McCarty explains. “It costs $16,000 for one season of baseballs alone.”

When baseball Coach Chad Holbrook was hired in 2018, McCarty reached out to him to discuss reviving the annual golf tournament fundraiser, the CofC Golf Classic, which had dwindled over the years. McCarty saw the event as a great way to reengage alumni with the team. Holbrook was all in and spearheaded efforts to add the First Pitch Banquet to the two-day event, which includes a cocktail reception, silent and live auction, and live entertainment. The third annual event was held Jan. 31 and Feb. 1, 2020, and raised about $100,000, bringing the total raised over the last three years to nearly $400,000. All of the proceeds raised go directly to support the baseball program. And with the College’s 2020 baseball season just kicking off last week, the timing couldn’t be better.

McCarty says he never imagined the event would get so big.

“The coach’s enthusiasm and excitement for hosting these events demonstrates his commitment to his current players and the legacy of the alumni,” he says.

To Holbrook, the value of McCarty’s support is immense and immeasurable.

“Tom has been a God send to me and our baseball program,” says Holbrook. “It was obvious from the first day I met Tom that he was a first-class person who wanted nothing but the best for his baseball program. He has been instrumental in getting former players to come back and give to their program. He has spearheaded each and every event we’ve had to help raise money for our program so that our current players have a first-class experience playing baseball at the College. I’m so glad he’s on our team!”

And when baseball season at CofC begins each year, McCarty trades his fundraising hat for a spatula and becomes a grill master for the “Right Field Renegades,” a great mix of former players and their families, player parents, season ticket holders and friends of the program. After the game the kids get to run onto the field and meet the players.

“It’s great to see how this group has evolved over the past few years,” McCarty says. “Why wouldn’t I give back to a program that had such a powerful impact on my life?”

The 2020 baseball season kicked off on Valentine’s Day with two wins over the Iona Gaels and a loss to Maryland. The Cougars will play at home through the end of the month. 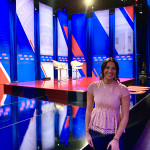 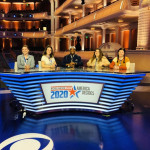 Get inspired with @cofchsu’s E-learning playlist

Want to get to know the College from the comfort o

Thanks to everyone that came out to our Safe Sprin

In town for @chswineandfood week? Be sure to check

@cofcadmissions Have you registered for Accepted S

Happy Leap Day, Cougars! See you at the @cofcbaske

Don’t forget to come out and support your Cougar