Bequeathed to the College by the late naturalist John Henry Dick, the exhibit documents the region’s 300-plus year history and the experiences of those who shaped the landscape: indigenous peoples, enslaved laborers, plantation owners, African American tenant farmers and elite whites. 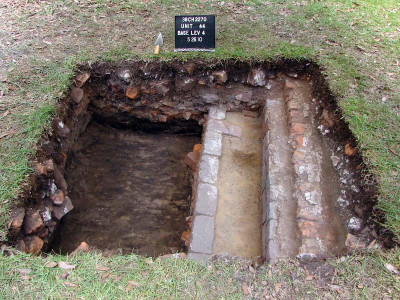 Steps leading to the post-1720s west entrance into St. Paul’s Parish Church during an excavation in 2010. (Photo by Kimberly Pyszka)

“The libraries are excited to have the first digital history exhibit that uses archeology to reveal underrepresented history in the Lowcountry,” says Leah Worthington, the Libraries’ digital projects librarian. “From uncovering the artifacts of indigenous peoples to identifying the rice canals dug by enslaved peoples to mapping out African American tenant farmers’ homes in the 20th century, the exhibit’s scholars show that Stono Preserve is a space for the College’s scholars and students to continue uncovering the Lowcountry’s underrepresented history.”

RELATED: Learn more about how the College’s is working to expand academic programming at Stono Preserve.

The exhibit is produced by the Lowcountry Digital History Initiative (LDHI), an award-winning digital public history project hosted by the Lowcountry Digital Library (LCDL) at the College. The LDHI collaborated with CofC anthropology professor Maureen Hays and Kimberly Pyszka ’92, assistant professor of anthropology at Auburn University at Montgomery, to create the exhibit.

“From my first visit to Stono Preserve, I felt an immediate connection to the land and wondered about the people who shaped it,” says Pyszka. “Through archaeological excavations and historical research, we now know more about their lives and contributions. As an alum, it has been really special to return to the College and help train and mentor the next generation of the College’s anthropology and archaeology graduates.” 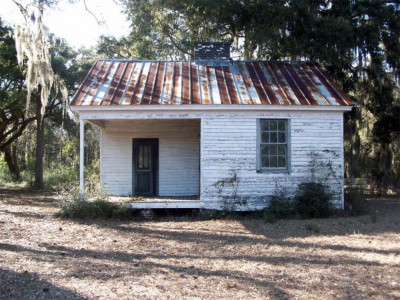 A tenant house at Stono Preserve, once occupied by Sarah Doctor, who worked as a housekeeper for John Henry Dick. (Photo by Kimberly Pyszka)

Hays adds, “The best thing about this project is knowing the story isn’t finished. Stono Preserve isn’t just about weaving stories of the past, it is about the new stories being made there every day by students and faculty.”

All LDHI exhibits are made possible through the work of graduate assistants from the College of Charleston-Citadel Master of Arts in History program. The experience of working with LDHI empowers students with curatorial and administrative experience in digital humanities.

“I have had the amazing opportunity not only to learn more about traditionally marginalized histories of the Lowcountry area, but I am also learning incredibly important skills to carry with me as I finish graduate school and continue to work in the field of public history,” says graduate student Mills Pennebaker ’19, who earned her bachelors degree in history at CofC.

The Stono Preserve’s Changing Landscape is among more than two dozen digital exhibits released since LDHI’s 2014 launch, each dedicated to spotlighting the Lowcountry’s overlooked or forgotten histories. With topics spanning enslaved African Muslims to Charleston’s first Latino communities, LDHI’s team believes digital interpretation can play a major role in promoting awareness of these diverse histories within the region’s countless historic landscapes, structures and beyond.

The Stono Preserve’s Changing Landscape and all of LDHI’s digital exhibits are freely available at ldhi.library.cofc.edu.