Dorothea Benton Frank (Dottie to everyone who knew her) had a strong connection to the College of Charleston. The New York Times best-selling author of 20 novels set in the Lowcountry spoke at the College’s 2010 Winter Commencement, during which she encouraged graduates to “Dream a dream that is as big as you can imagine but be reasonably certain that it’s one you have a good chance to fulfill.”

But it went much deeper than that. Frank devoted much of her limited free time to the College’s M.F.A. Creative Writing program, including hosting dinners for students at her home on Sullivan’s Island. When she passed away in 2019, her family contributed a generous gift to the program in her honor. The Dorothea Benton Frank Writing Series and Fellowship will, according to Peter Frank, Dottie’s husband, distinguish the M.F.A. Creative Writing program from the rest.

“Dottie always felt that it wasn’t right that commercially successful writing didn’t have the same status as literary writing,” he says. “It was something she was very passionate about and she believed that students needed to learn the disciplines and mechanics of selling their work.”

Emily Rosko, associate professor of English and director of the M.F.A. Creative Writing program, explains that the writing series will have two components, offering a balance of artistic and professional approaches to a writer’s life and work.

The Master’s Class component will bring prominent, award-winning and best-selling writers to campus to meet with M.F.A. graduate students and top undergraduate creative writers. Students will have the opportunity to closely engage with a diverse array of renowned writers representing a range of literary backgrounds and genres. The class will focus on the craft of writing, provide manuscript feedback and offer expertise on professional aspects of a writer’s career.

The second component of the writing series will be the Industry Talks, which will bring agents, editors, publishers, literary managers and television, film and theater producers for an open forum event to discuss the business side of writing. These professionals will share their expertise and give advice to students about the publishing industry and possible careers in publishing or writing. 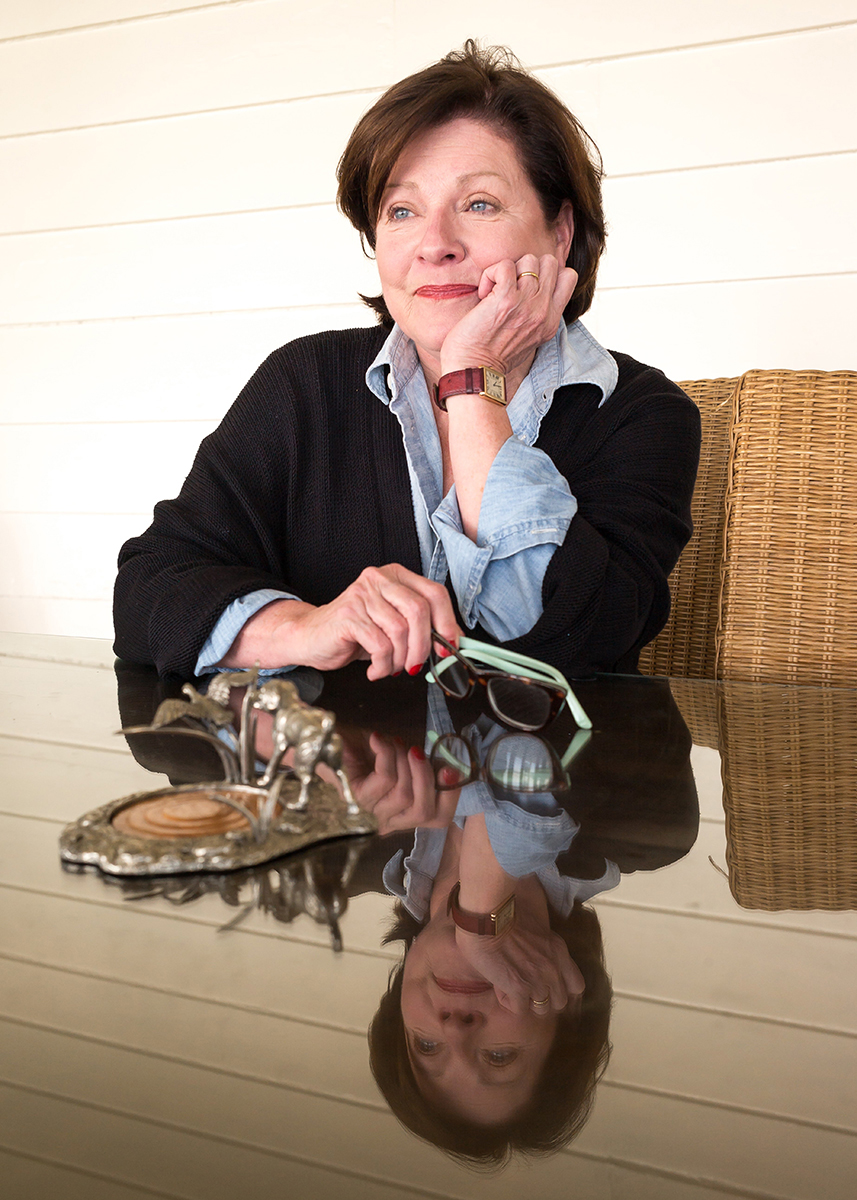 Bret Lott, acclaimed novelist and professor of English at the College says, “The opportunities this incredible gift brings to us are, really, endless. To begin with, we’ll be bringing the best, commercially successful writers out there to our campus to interact personally with our M.F.A.s. They’ll be seeing what it means to write – and write successfully – for a living.”

The inaugural Dorothea Benton Frank Fellowship will be awarded in the fall of 2020 to an incoming student based on merit and strong potential demonstrated in their creative writing sample. The M.F.A. Creative Writing program will use the Frank Fellowship to recruit top students from across the nation.

“We value writing above all else in our students,” Lott says, “and so we’ll be selecting award recipients according to the quality of their work. We’re looking for writers who want to make artful work that will be read by real people, and not for a select coterie made up of those ‘in the know’ about what writing should be. We want to give help to writers who want to write good books that will be read, and not shelved. That’s what Dottie wanted to make and did so very, very well.”

Founded in 2016, the M.F.A. in Creative Writing is a two-year program of graduate study for 12 students admitted annually for a total of 24 students. Graduates of the program have published books of poetry and fiction and received awards and fellowships.

“The fellowships are so very important for our still-young M.F.A. program because they offer significant financial support for emerging writers as they spend two years in Charleston perfecting their craft and writing their first book,” Rosko says.

Stephen Pond, Chairman and CEO of Hillbrook Limited, and School of Business board member, worked with Peter Frank to establish the scholarship.

“I was interested in supporting this program because it recognizes Dottie’s life-long dedication as a mentor and coach. Not only was she a successful author, but she understood the business side of writing. There are so many budding authors who often fall by the wayside because they can’t sustain the financial effort. This scholarship will extend her mission.”

Dorothea Benton Frank passionately believed in the power of storytelling to transform lives. The writing series and fellowship will not only distinguish this program from the rest, it will also give students the tools to be “reasonably certain” they can fulfill their writing dreams.