CofC ‘Swim Buddies’ Tide Each Other Over With Support, Motivation

When the coronavirus forced the whole world into uncharted waters earlier this year, knowing we weren’t in it alone provided a little bit of comfort. For Brian Lanahan and Sara Stevenson ’13 (M.P.A.), it also provided encouragement and motivation – and, thanks to that mutual support, it wasn’t long before they’d found their sea legs.

Last month – after training together five to six days a week since the beginning of the pandemic – the two cheered each other on in their respective open-water swims: Lanahan swam 17 miles from Drayton Hall to Fort Sumter and Stevenson swam the 15 miles around Folly Island. 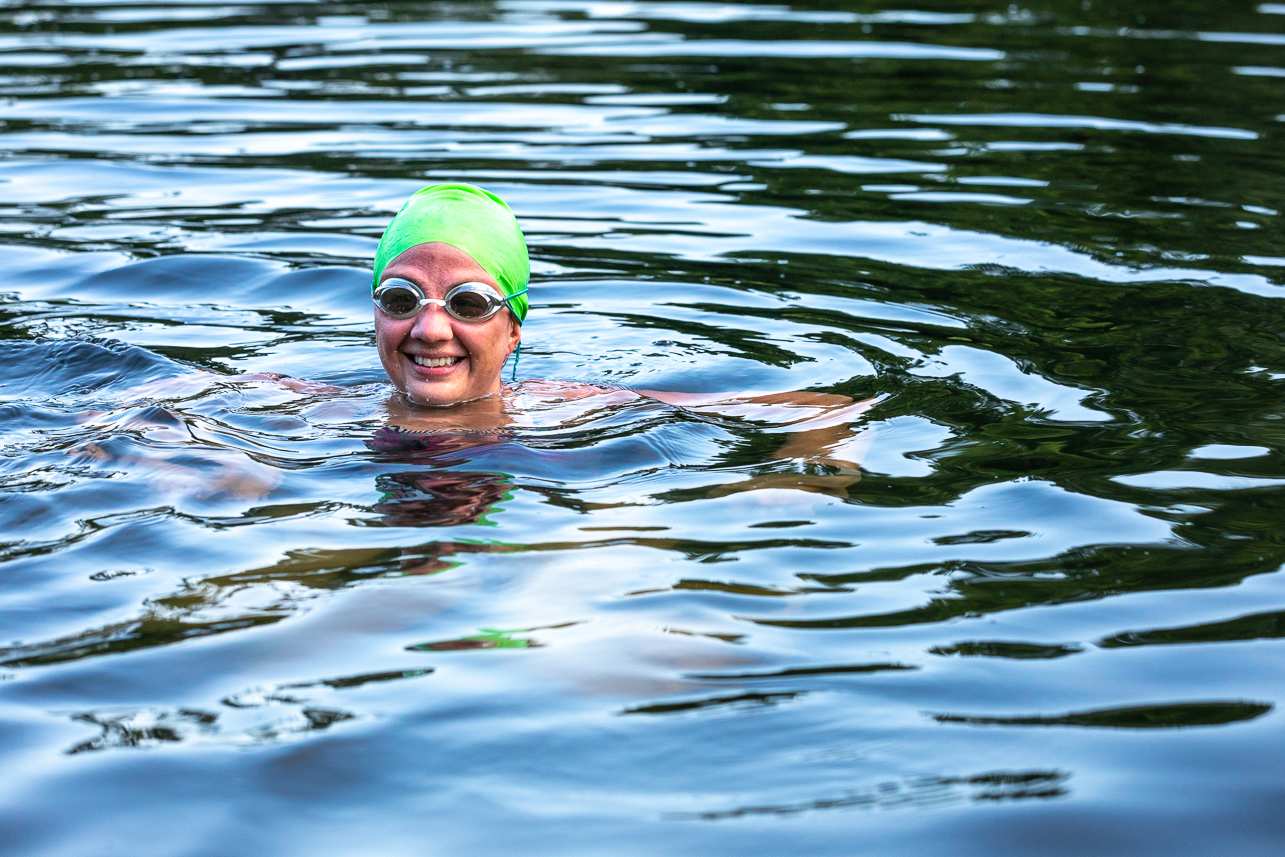 “It was a real leap of faith for me,” says Stevenson, research protections and compliance administrator in the College of Charleston’s Office of Research and Grants Administration. “I wouldn’t have even attempted it if it weren’t for Brian. But Brian said I could do it, and so I believed him.”

In fact, before the pandemic, Stevenson was planning to swim a seven-mile open-water race around Lido Key in Sarasota, Florida, in April 2020. She’d been training at the Danny Jones Pool in North Charleston, joining Lanahan, who was training for a 44-mile solo swim around Cumberland Island, Georgia.

“And then along came the coronavirus,” says Lanahan, associate professor of teacher education and a longtime open-water swimmer, explaining that – when the pool closed down – he suggested Stevenson meet him at Trophy Lakes on Johns Island to continue training. “It’s not every day that I find someone who wants to swim as far as we do, so it’s hard to get people to train with.” 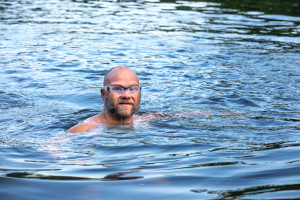 It turns out, Stevenson and Lanahan made the perfect swim buddies.

“First of all,” says Stevenson, “it’s just good to have someone there to keep you accountable – if you know there’s someone waiting for you, you’re going to show up.”

“The fact that Sara’s faster than me is just a bonus,” agrees Lanahan. “Her speed really pushed me.”

“Brian is kind of fearless; I am not,” she says. “But that helped me, and I ended up basically doubling my expectation of the distance I was going to do.”

“We upsized her,” laughs Lanahan, adding that he was proud of Stevenson’s accomplishment, especially because he could see her struggling against the tide on the third leg of her swim. “It was like a street fight for a minute there.” 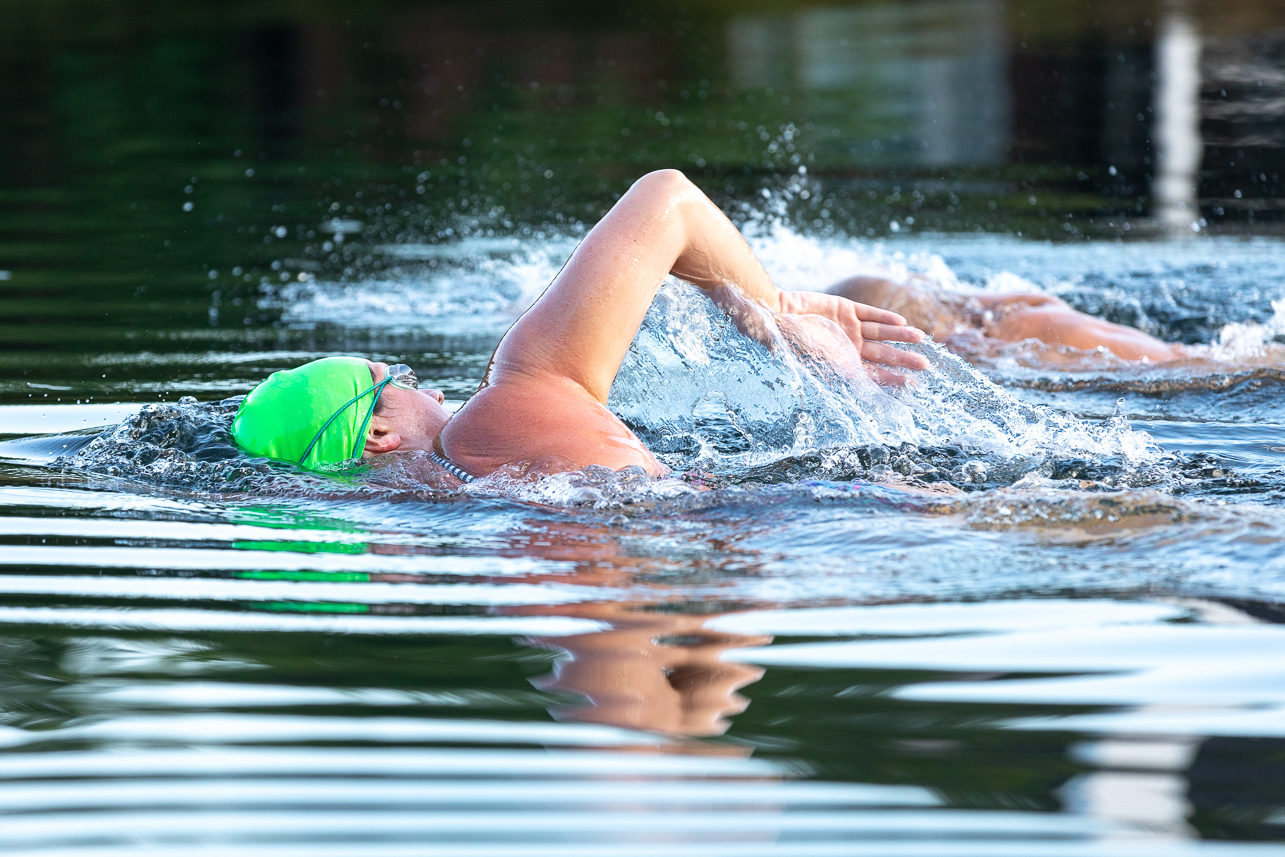 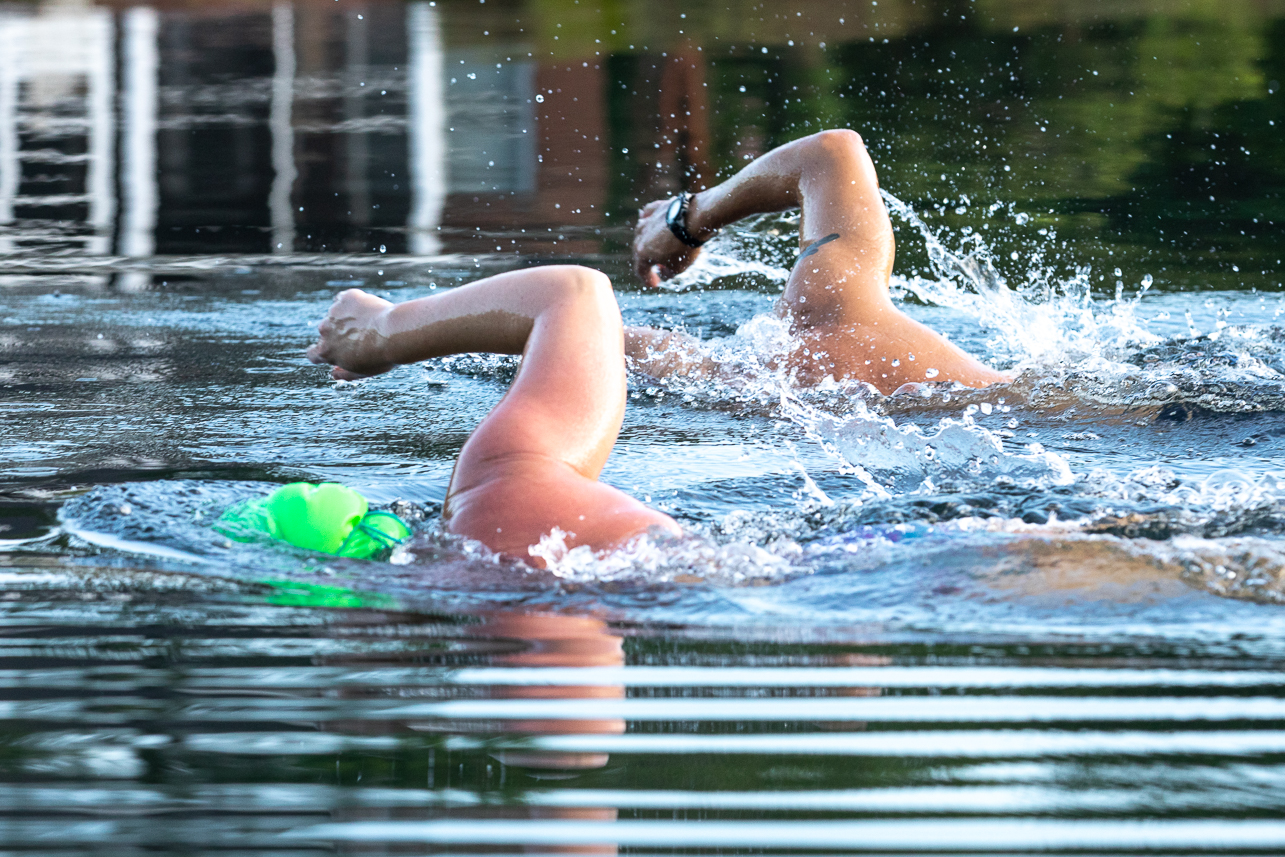 He knows from experience just how hard it can be when you’re up against tides, currents and weather.

“Around here, tides are everything,” he says. “You’ve got to plan around tides or you’ll make things really hard on yourself.”

And even swimming 100 miles at Trophy Lakes can’t prepare you for that.

“Trophy is great for training – it’s crystal clear and it’s a very controlled environment,” says Stevenson. “Once we’re out in the open water, there are a lot of variables that you don’t have control of. So it’s nice to take out those variables while we practice.”

So, what will these swim buddies be practicing for next? Lanahan hopes to circle back to the Cumberland Island swim, and Stevenson also has her eyes set on more open-water swims.

And, while it may be hard to make definite plans in the midst of a global pandemic, at least they know they don’t have to go it alone.

Tagged with: faculty and staff