Little Stranger, a local alternative hip-hop band, normally makes about 90 percent of its income touring up and down the East Coast. Band members John Shields ’12 and Kevin Shields (no relation) average about 120 live shows each year, but all that came to an abrupt halt with the coronavirus pandemic.

“We had to shift gears immediately and started creating weekly podcasts, sketches and streaming live performances from home. Our fanbase has been great about keeping us afloat,” says John Shields. 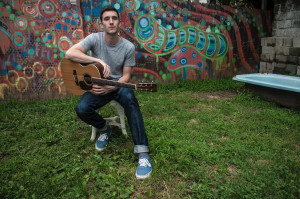 The duo also had more time for writing, producing and giving back to the community, so they started looking around to find local organizations to support. S.O.U.L (Sounds of Universal Love) Power Productions, a nonprofit founded by Cody Dixon ’17 with the mission of providing “communities with the opportunity to engage in music creatively, educationally and sustainably,” was an obvious choice. John Shields and Dixon both majored in arts management with a concentration in music industry at the College of Charleston and continue to be active supporters of the program.

“When Kevin and I started looking around for organizations to support, we quickly realized that S.O.U.L Power was having a resurgence of effort to introduce students to music,” says Shields.

On Friday, June 19, 2020, Little Stranger held a live streaming concert with donations going to S.O.U.L Power Productions. An anonymous donor matched donations, and they ended up raising over $5,000.

Launched in 2017, S.O.U.L Power’s first program was called Building Blocks and focused on supporting IQRA Bilingual Academy in Dakar, Senegal. Dixon traveled to the West African nation to teach music and music production to students in the school’s arts department. Dixon’s impact was significant. Today, students at the school continue to produce a web radio show to highlight their work.

Empowered by the success of his trip to Senegal, Dixon came back to Charleston motivated to replicate his efforts in Lowcountry schools. Examples of this work include after school programs in high poverty schools. Stefani Timmerman, former visual arts teacher at St. James-Santee Elementary-Middle School in McClellanville, South Carolina, says S.O.U.L Power Productions made a huge impact on the students there. 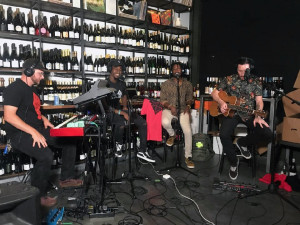 “Cody enhanced and helped foster a safe and creative environment encouraging male middle-school songwriters in an after-school music program. To this day, these youngsters still speak fondly of his message of hope, dreams, lyrical advice and encouragement,” says Timmerman. “They were very excited to work with a professional musician in this capacity. Cody was a wonderful role model. His program has touched the lives of children around the globe, and it has been a pleasure to see his mission and ideologies grow since he himself was a teen. I always knew this young man would move mountains through his music!”

Dixon says he learned everything he needed to know about building a nonprofit from a fundraising class taught by Arts Management Director and Associate Professor Karen Chandler. The program in general also gave him the confidence and know-how to pursue his passion for making hip-hop music under the name Slim S.O.U.L. His LP Late Graduation was released in May 2020.

“The Arts Management Program gave me all the resources and connections I needed,” Dixon says. “It’s one thing to book the band and make the poster, but you need to understand the logistics like the sound system and how to put the shows together.”

But Dixon and John Shields haven’t just focused on their personal aspirations – they also want to pay it forward to the next generation of arts management alumni. The pair has supported the College’s student-run record label 1770 Records and used their music industry connections to give arts management students professional opportunities.

“It would be impossible to list the ways that John and Cody have given back to the program. Over the years, they’ve helped with everything from classroom visits to running sound, recording tracks and performing shows with our student-run record label, 1770 Records,” says Heather McDonald, a visiting instructor in arts management who has worked closely with Shields and Dixon. “They were both instrumental in helping 1770 launch our Hip Hop in the Den series with the Music Farm. Any time we reach out to them, the answer is always ‘yes,’ and students are invariably inspired to see the entrepreneurial paths taken by two young alums who were in the classroom themselves just a few years ago.”

Prior to the pandemic, Dixon was teaching full time as an elementary school music teacher at Meeting Street Elementary @Burns in North Charleston and he’s looking forward to continuing his work there when school resumes.

“I want to be that person who can help kids and show them that it’s all about choice and effort,” he says.

Tagged with: alumni • arts management • homepage-feed • school of the arts