Few things could be more exciting for geology students than getting to go on an actual fossil-hunting trip to the badlands of Wyoming, but then the pandemic hit and it seemed that this summer experience was going to be history. Then College of Charleston professor Scott Persons had an idea.

“We very rapidly retooled and did a virtual field course, which admittedly is something of an oxymoron,” says Persons, assistant professor of geology, who was accompanied by his wife Amanda Kelley (an assistant professor of biology) and graduate student Brad Thompson. “But we made it work by doing a lot of time lapse filming of excavations at different sites. We also brought a drone out with us and a fancy, new, portable 3D scanner to scan specimens.”

Talk about making the best of a badlands situation. In addition to unearthing parts of a Triceratops, Persons also discovered tyrannosaur footprints, as well as those of a duck-billed dinosaur that’s most likely an Edmontosaurus. Working out of the Paleon Museum just outside Casper, Wyoming, the team was there for a little over a week in early July.

“It really was an outstanding success, which frankly makes me a little disappointed we didn’t have students there to experience it firsthand,” says Persons, who also brought back a large sample of different dinosaur teeth in his carryon (no, TSA did not have an issue with them). “But a lot of what we discovered is stuff that needs future work too, so it’s opened up a lot of new lines of study.”

To make the online class as immersive as possible, Persons used a GoPro and his smartphone mounted on a tripod to record lectures of himself excavating the bones and footprints, as well as analyzing fossils back in the museum’s lab. Supplementing the lectures were quizzes and assignments like “Mystery Quarry,” where students had to infer a number of conclusions, such as how the bones came to rest there and whether the carcass was scavenged, based on fossil clues.

“I really enjoyed learning about the more hands-on side of paleontology: how to look for bones in the field, how you jacket and transport them back to the museum, and what goes on there as far as preparation, study and display,” says geology minor Jay Van Raalte. “That’s something I knew nothing about and, although I didn’t get to do it hands-on, through the online course, I do feel I’d be prepared if I had an opportunity to do any of that in the future.” 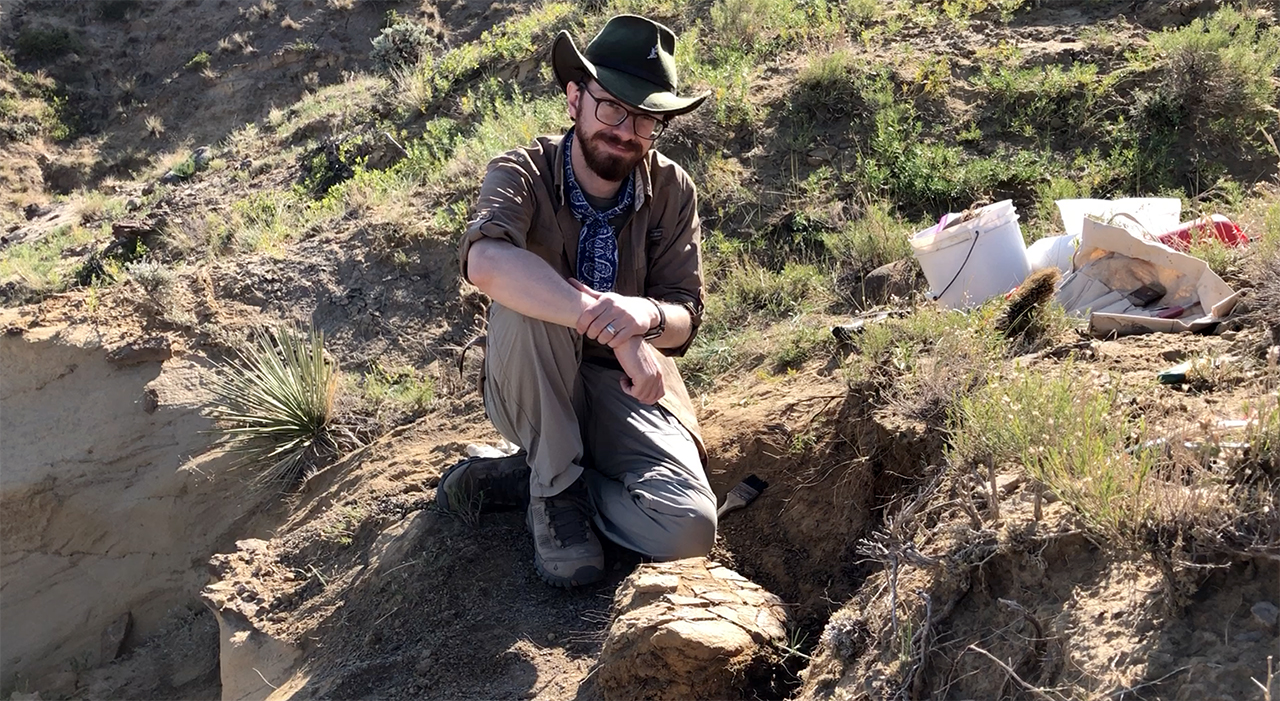 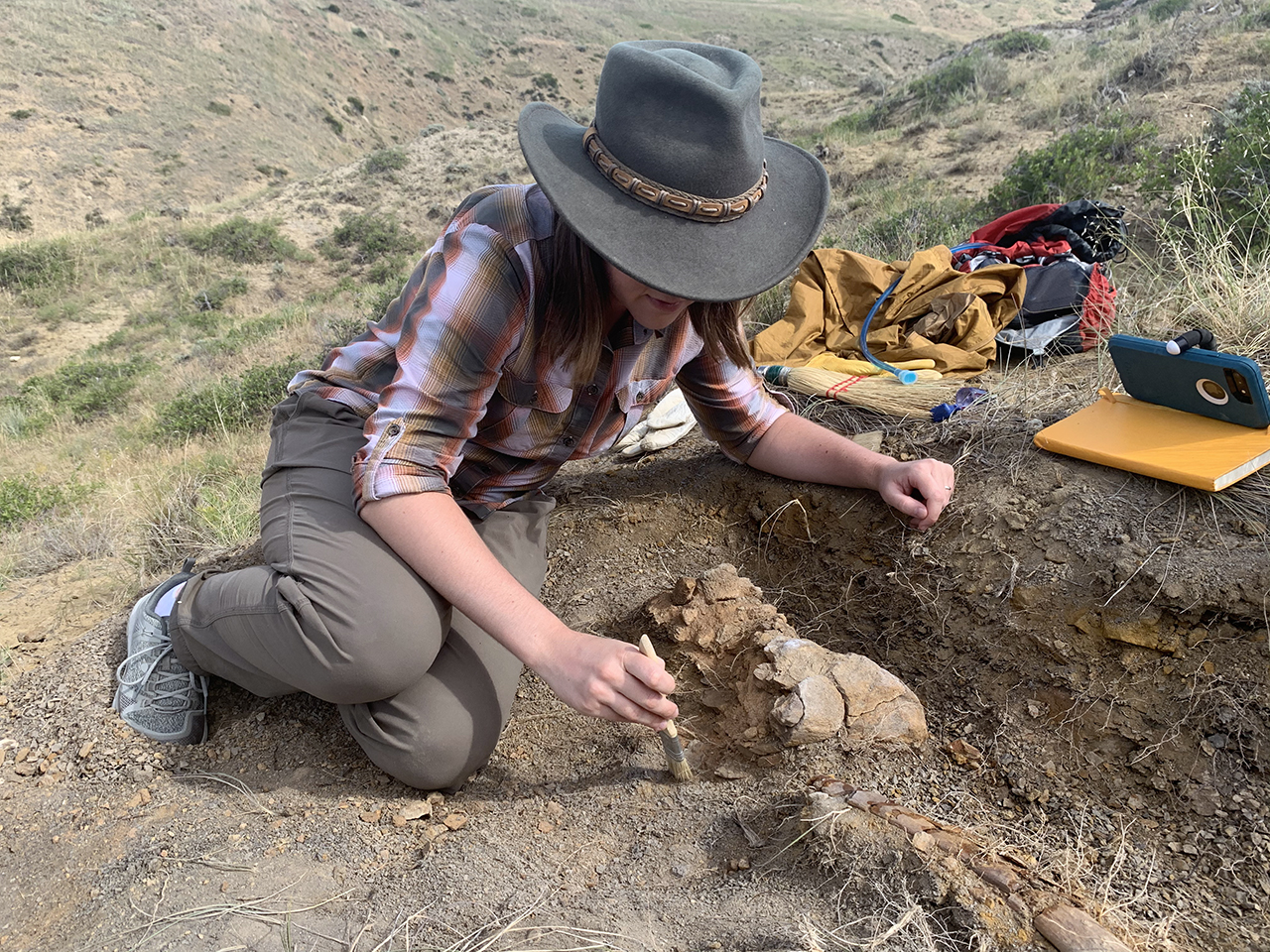 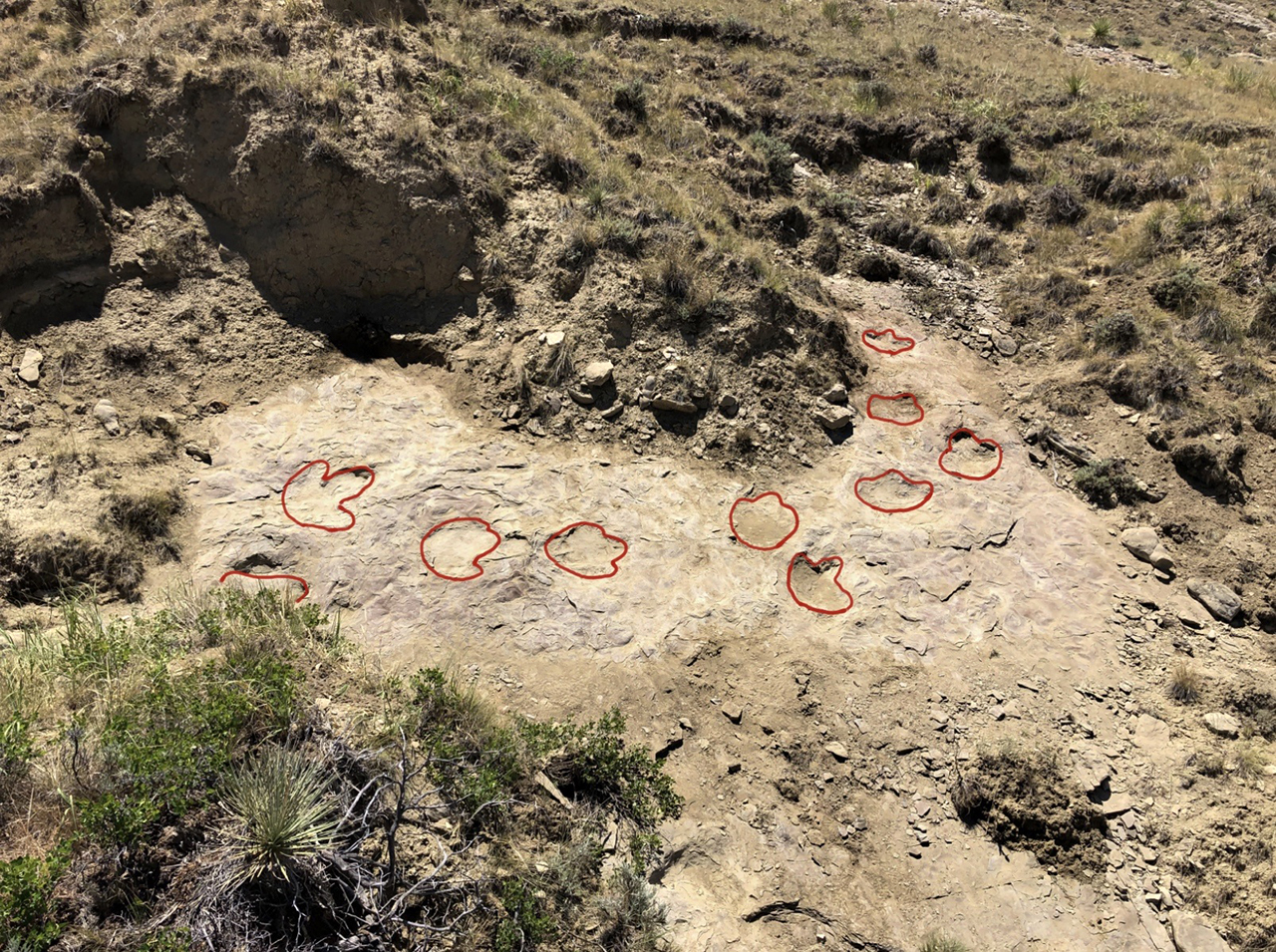 Although Van Raalte is graduating this summer, other students will get the chance to search for dinosaur fossils again thanks to a partnership Persons developed with the Paleon Museum as a result of the trip. CofC will now help helm paleontology fieldwork there.

“Future students will have the experience of working in the museum, in the preparation lab and then head out to what amounts to the museum’s backyard where there are multiple different digs going on,” says Persons, who’s had a relationship with the museum since he was in elementary school and went on his first hunt there. “The digs will give them exposure to a lot of different kinds of fossil hunting.”

The Paleon Museum also made Persons, who is the curator for the College’s Mace Brown Museum of Natural History, its official research curator.

“More than anything else that shows that the museum is committed to having us back year after year to pursue other research projects, and at some point that’s going to mean boots on the ground for CofC students,” he says.

Tagged with: Department of Geology and Environmental Geosciences • homepage-feed • paleontology • school of sciences and mathematics