Nationally syndicated columnist and recipient of the 2010 Pulitzer Prize for Distinguished Commentary Kathleen Parker and historian and founding director of the Center for the Study of Slavery in Charleston Bernard E. Powers will be the featured speakers during the 2020 College of Charleston Spring Commencement ceremonies.

These distinguished figures will deliver their addresses to 2020 graduates on Saturday, Oct. 10, 2020, in Cistern Yard.

Parker will address graduates from the School of Business at 9 a.m. and the School of Education, Health and Human Performance, The Graduate School of the University of Charleston, S.C. and School of Languages, Cultures and World Affairs at 12 p.m.

Powers will give the commencement address to the graduates of the School of the Arts, School of Professional Studies and School of Sciences and Mathematics at 3 p.m. and the School of Humanities and Social Sciences at 6 p.m.

Parker and Powers will each be presented with honorary degrees.

A total of  1,056 members of the Class of 2020 are expected to participate in person in the commencement ceremonies, which were delayed in May due to the COVID-19 pandemic. There will be no in-person audience. However, each of the ceremonies will be live streamed on the College’s Facebook page and at cofc.edu.

RELATED: Learn more about commencement plans for the Class of 2020. 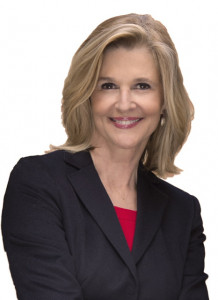 Kathleen Parker writes a syndicated column on politics, culture and media. In addition to receiving the 2010 Pulitzer Prize for Distinguished Commentary for “her perceptive, often witty columns on an array of political and moral issues” and the National Society of Newspaper Columnists’ 2019 Ernie Pyle Lifetime Achievement Award, Parker was the first woman to receive the H.L. Mencken Writing Award, presented by The Baltimore Sun in 1993.

The Florida native began her column in 1987 as a staff writer for the Orlando Sentinel. It was syndicated in 1995 by Tribune Media Services. She joined the Washington Post Writers Group in 2006.

Parker is the author of Save the Males: Why Men Matter, Why Women Should Care and a contributor to magazines such as Time, Newsweek, Forbes Small Business, Town & Country and Cosmopolitan. She was among the first writers Tina Brown recruited for The Daily Beast, and she served for several years on USA Today’s Board of Contributors. She is a longtime commentator on TV news programs and co-anchored CNN’s primetime program Parker Spitzer with former New York Governor Elliot Spitzer.

A member of the South Carolina Academy of Authors, Parker divides her time between South Carolina and Washington, D.C. She is married to Columbia attorney Sherwood M. Cleveland and has three grown sons. 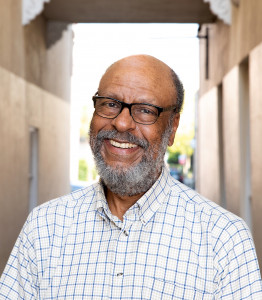 Powers’ Black Charlestonians: A Social History, 1822–1885 was named a Choice magazine Outstanding Academic Book in 1996. He is the co-author of We Are Charleston: Tragedy and Triumph at Mother Emanuel and editor of the Encyclopedia of South Carolina. He has also appeared in films such as African Americans: Many Rivers to Cross and Emanuel: The Untold Story.

Powers serves as a consultant to historic preservation organizations, including the National Trust for Historic Preservation and the Drayton Hall Visitor Center and Interpretive Hall. In 2019, the Association for the Study of African American Life and History recognized his commitment to “research, writing and activism in the field of African American life and history” with the Carter Godwin Woodson Scholars Medallion.

Prior to joining the College, Powers was associate professor of history and department chair at Northeastern Illinois University. He is married to Lorraine O. Powers, a retired school administrator for Dorchester School District Two.

Tagged with: class of 2020 • commencement • homepage-feed