Above: An 1876 election poster for President Rutherford B. Hayes and his running mate William A. Wheeler. Hayes served as the 19th president of the United States following disputed election results. (Image courtesy of the Library of Congress)

Have you ever wondered why presidential elections are held on a Tuesday?

With election day nearing, The College Today decided it was the perfect time to pose 10 little-known – but often asked – election-related questions to College of Charleston political science professor Jordan Ragusa.

Here’s how he answered:

1. Why are elections held on a Tuesday?

Because Congress passed a law, that’s why! More seriously, it’s a relic of America’s agrarian lifestyle in the mid-1800s. Sunday was for church; Monday was a travel day; and on Tuesday you cast your ballot. Congress could change things by simply passing a new law.

2. What is the average percentage of the total voters that cast ballots in a typical presidential election? 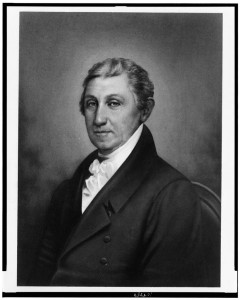 James Monroe ran unopposed in the 1820 election and garnered 80% of the popular vote. (Image courtesy of the Library of Congress)

3. Who was the presidential candidate with the biggest margin of victory?

In 1820, during the so-called “era of good feelings,” James Monroe ran unopposed, winning every electoral college vote (except one) and garnering 80% of the popular vote.

4. Who was the presidential candidate with the smallest margin of victory?

It depends how you define things, but one answer is John Quincy Adams, who in 1824 had a negative margin of victory. Adams’ main opponent, Andrew Jackson, won the most electoral college votes and a plurality of the popular vote, yet lost to Adams in a contingent election decided by the House of Representatives.

5. Who was the longest-serving U.S. Senator?

Robert Byrd served for just over 50 years in the U.S. Senate, the current record. Notably, South Carolina’s John C. Calhoun served for 47 years (making him third on the list), while Fritz Hollings served for 38 years (coming in twelfth). 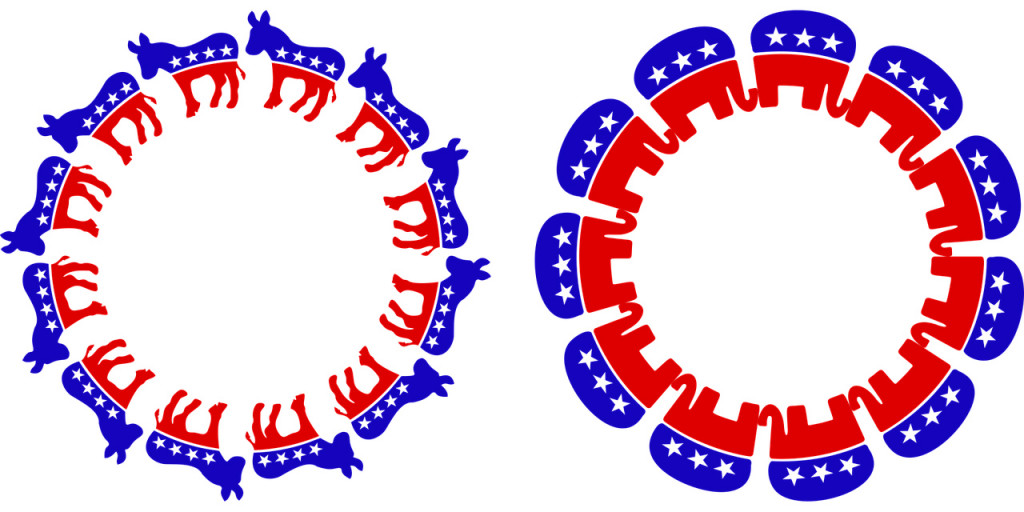 6. Why is the Republican symbol an elephant and the symbol of the Democratic party a donkey?

Andrew Jackson – one of the founders of the Democratic party – was called a “jackass” by his opponents and … he embraced it. Republicans began using the elephant as a symbol during the Civil War.

7. Can people who live in U.S. territories, but not a state, vote in a U.S. presidential election?

No, the District of Columbia is the only non-state where residents can casts ballots in presidential elections. However, the territories do have federal elections for their non-voting delegate in the House of Representatives.

It’s a very recent phenomenon, actually, due to televised election night coverage and the need to color-code electoral college maps. For most of their history, the parties didn’t have colors. 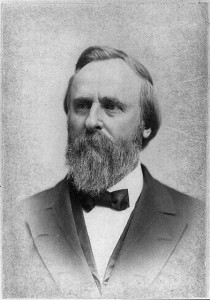 Rutherford B. Hayes wasn’t declared the winner of the 1876 presidential election until March of 1877. (Image courtesy of the Library of Congress)

9. What is the longest time between presidential election day and the announcement of a winner of the contest?

In 1876 the electoral results in three states were in dispute – South Carolina was one of them, unfortunately. It wasn’t until March of the following year that a bargain was made awarding the disputed electoral college votes to Republican Rutherford B. Hayes.

10. Has any third-party presidential candidate ever received more than 4% of the total vote?

Absolutely! In the 1800s there were many third parties that won electoral college votes and got a sizable portion of the popular vote – the American Party in 1856 is probably the most famous. More recently, in 1992 and 1996, Ross Perot of the Reform Party won 9% and 19% percent of the vote.

Tagged with: Department of Political Science • homepage-feed • school of humanities and social sciences