Above: The oldest building on the College of Charleston campus, the President’s House, built in the mid-to-late 1770s, was the site of the school’s first classes.

The College of Charleston has long been renowned for its beautiful, historic campus featuring classically designed homes and narrow brick walkways nestled beneath oak trees dripping with Spanish moss.

The main campus encompasses 90 historic homes and buildings that were constructed between 1770 and 1940, including the iconic National Historic Landmark, Randolph Hall. These buildings are not only beautiful, they also serve as markers of historic events including the establishment of the College by men who included signers of the Declaration of Independence and the Constitution. Research tells us that these buildings, some of which were built by enslaved Africans, have survived both British invasion during the American Revolution and more than 500 days of shelling by Union forces during the Civil War. Less obvious to the public eye is the ceaseless effort required to preserve and protect these historic structures. 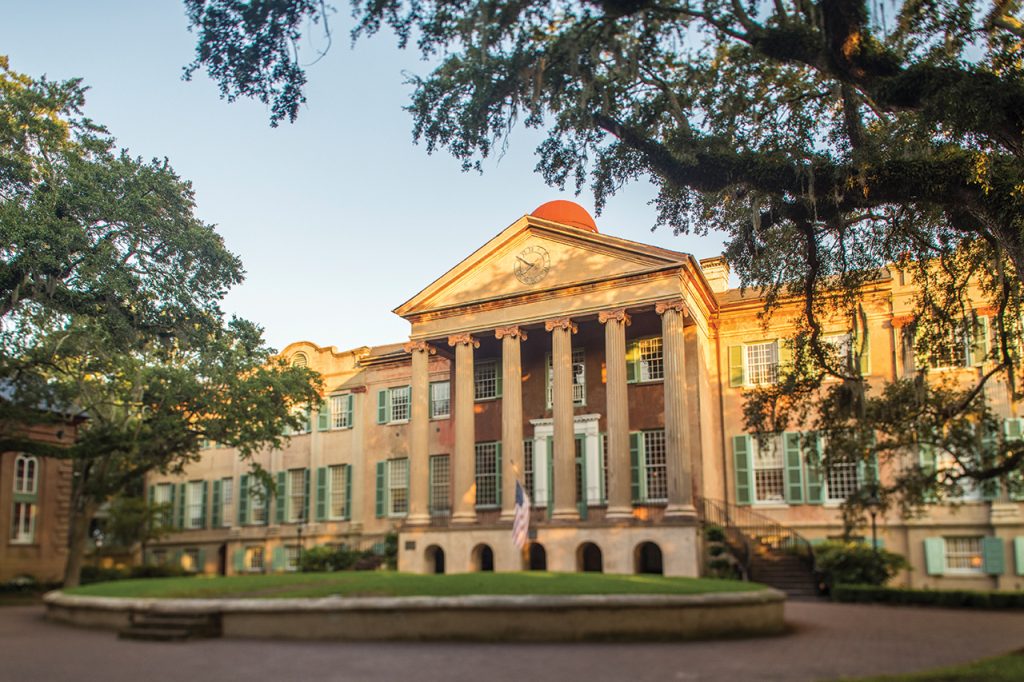 Built 1828-30, Randolph Hall is the signature building of the College of Charleston campus and a National Historic Landmark.

“These brick and stone buildings are the soul of the city,” says Harlan Greene, scholar-in-residence with the College’s Special Collections. “They survive and keep our story, with all its good and bad, alive. We have a moral responsibility to protect these buildings into perpetuity.”

That is why the Campus Preservation Fund is one of the College’s nine fundraising priorities for the Drive for the 250th, which launched during the institution’s 250th anniversary-year celebration. The goal is to raise $1.3 million to preserve and maintain the historic structures. Vice president of Facilities Management John Morris explains that the College has been modernizing the buildings for decades, handling issues like electricity, plumbing and air quality in a fiscally responsible manner, while also adhering to the City of Charleston’s historic preservation doctrines. 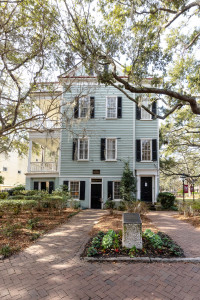 Originally constructed circa 1835, the ground floor of 9 College Way operated as The Book Basement from 1946 until 1971.

RELATED: Learn more about the Campus Preservation Fund and the Drive for the 250th.

“HPCP seeks to develop leaders in the stewardship of the built environment,” explains Ward. “We combine traditional lecture courses with a hands-on approach to the buildings and an active engagement with the larger community. We are especially passionate about our home here at the College — a potentially exemplary resource. The idea of getting students involved in learning about our history in a tangible way, working with real problems of keeping these special places viable and helping to develop a deeper historical narrative of our home is a fantastic opportunity.”

The HPCP program is teaming up with Facilities Management to assist in various management, assessment, research and interpretive components of the historic properties on campus.

“This has already been a part of our class time, and we hope to expand the program to offer internships for a more concentrated and real-life experience,” says Ward. “This is an unparalleled opportunity for our students to expand their understanding and skills — an opportunity that we can all work together on, making our home an example for the city and the field of preservation.”

Structural maintenance is just part of the preservation process, which also includes researching and writing stories about the people who lived there. The College’s 250th Anniversary Historical Documentation Committee has undertaken that task and is working to record these stories and share them with the public through the website Discovering Our Past.

For example, the research conducted on 14 Green Way (formerly known as the “Lesesne House”) revealed that the house was built in 1872 for A.O. Jones, an African American man who was a clerk of the South Carolina House of Representatives during Reconstruction. A student discovered Jones’ initials on the front door, verifying the hypothesis. If the door had not been saved, that piece of history would have been lost. 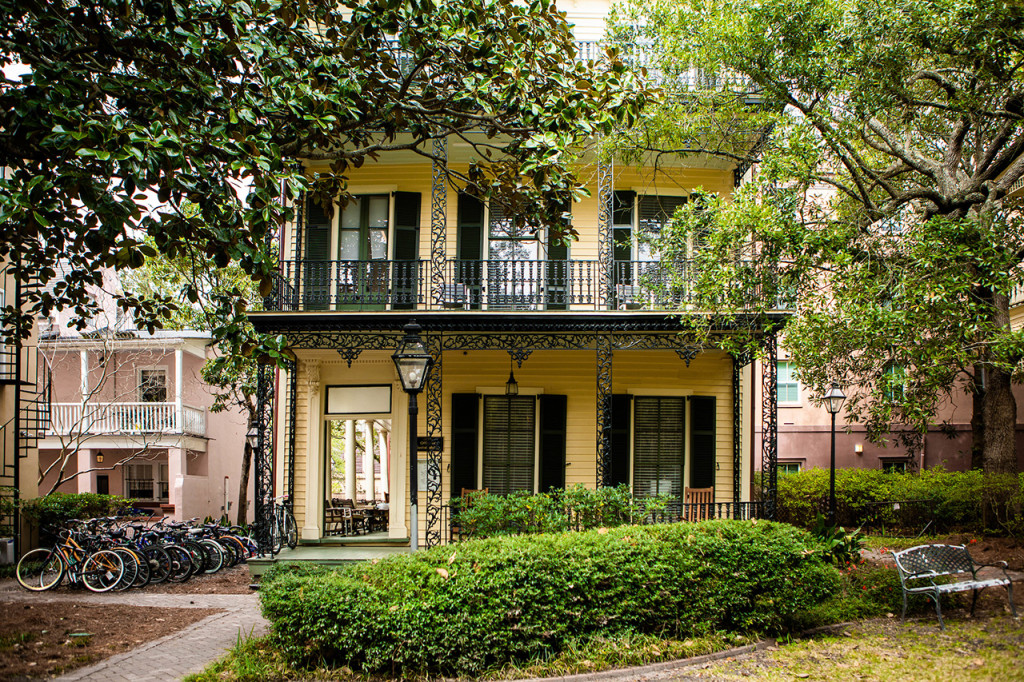 Decorated with elaborate ironwork and a distinctive cupola, the home at 16 Green Way was built in 1872 for A.O. Jones, African American and clerk of the South Carolina House of Representatives during Reconstruction.

“Preservation has been a way for me to take the stories of figures of the past and make them tangible and real,” says Grayson Flowers, an HPCP major with a double minor in Southern studies and women and gender studies. “Reading about people and events just does not compare to stepping into a house from the 1750s and seeing the work and the detail in person. We are able to connect with our past and pull strength from it when we engage with our built environment.”

The historic campus also draws students to the College and remains with them long after they cross the Cistern at graduation. So much so, that they want to ensure that campus buildings are preserved for future generations.

“One of the first things I remember about CofC when I toured the campus was how beautiful it was and how so much of the beauty was due to the amazing historic preservation that had gone on throughout the years,” says Ryan Elizabeth Smiley ’14. “In my opinion, one of the great aspects of attending CofC is the amazing connection to the past you have and how you are walking the same halls as others did before this nation was even officially founded! Tradition is so important, and the College really honors that. I hope that my small gift to the Campus Preservation Fund helps keep that time-honored connection for students to come.”

“I believe that we honor the past, present and future of the College of Charleston by protecting and preserving those buildings and structures that tell the story and history of the College as well as the City of Charleston,” says Futch. “True that some stories are not flattering for the College, but there is something that we can all learn from the College’s beautiful buildings to hopefully make the future stories of the College even better and more honorable.”

Tagged with: 250th anniversary • discovering our past • drive for the 250th • historic preservation and community planning • homepage-feed • philanthropy